The MP for Buckingham has been accused by critics of frustrating the entire Brexit process despite his ‘impartial’ role as Speaker. He will now be leaving parliament on October 31, which is the day that Britain is supposed to be leaving the EU and will mean that the next speaker will be chose by the current cohort of MPs, two thirds of whom voted Remain. Mr Bercow said that if he had waited to stand down at the next election, newly-elected MPs would not be “informed” enough to make the right choice.

In January, he came under pressure to resign after he was found to have a “Bollocks to Brexit” sticker in his car window.

In March he thwarted an attempt from Theresa May to bring a third meaningful vote to Parliament on her Brexit deal after she had already suffered two defeats.

David Jones, a former Brexit minister, told the Daily Telegraph: “He is gaming the system, as he has done for years.

“He wants to make sure a Remain Parliament elects his successor and before that he is hanging around to oversee the process when the Prime Minister comes back from the summit of EU leaders. 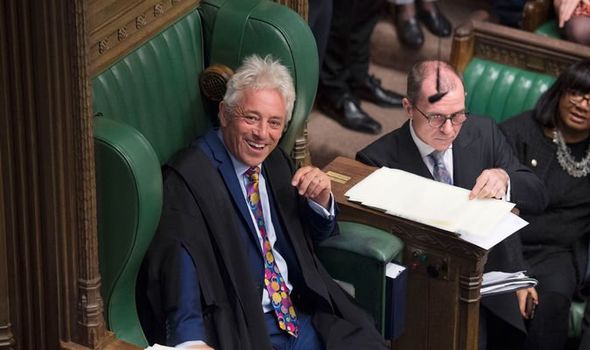 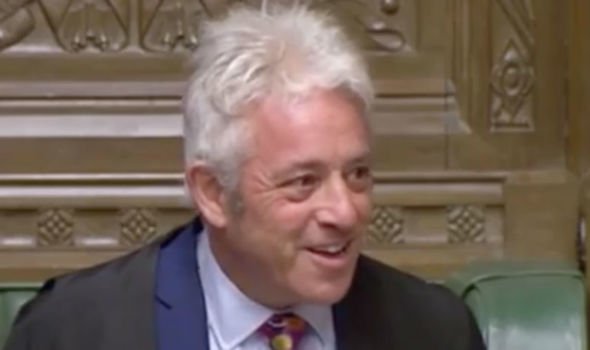 “And to say that experienced parliamentarians are needed to choose the next Speaker – well, he should know that an MP is an MP, no matter how long they have served.”

Mr Bercow said he wanted the election for the next speaker to happen “when all members have some knowledge of the candidates”.

Mr Bercow has been Speaker for more than 10 years and has been accused on several occasions of using his position to block the Government’s Brexit plans. 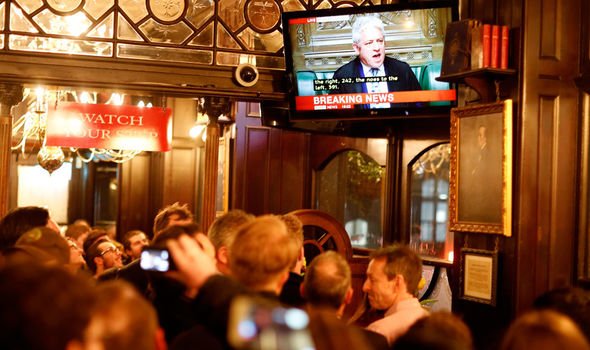 The four favourites to be the next Speaker are Harriet Harman, Dame Rosie Winterton, Chris Bryant and Sir Lindsay Hoyle.

Yesterday Boris Johnson visited the Irish Prime Minister Leo Varadkar where he said he still believes getting a deal with the EU is possible.

Bercow told the chamber: “At the 2017 election I promised my wife and children that it would be my last.

“This is a pledge I intend to keep if the house votes tonight for an early general election my tenure as Speaker and MP will end when this Parliament ends. 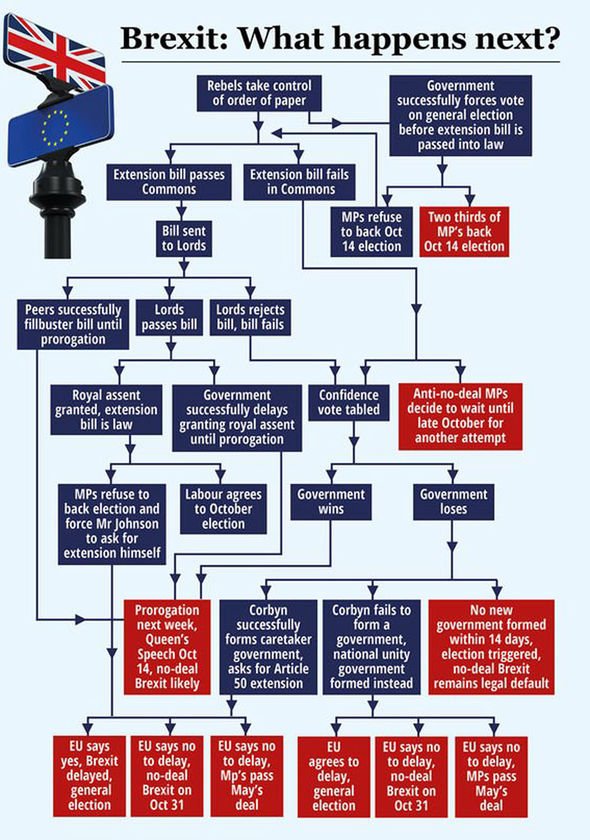 “If the house does not so vote I have concluded that the least disruptive and most democratic course of action would be for me to stand down at the close of business on Thursday October 31.”

Mr Bercow received a standing ovation from the Labour benches when he announced his departure, but many Tories stayed in their seat. 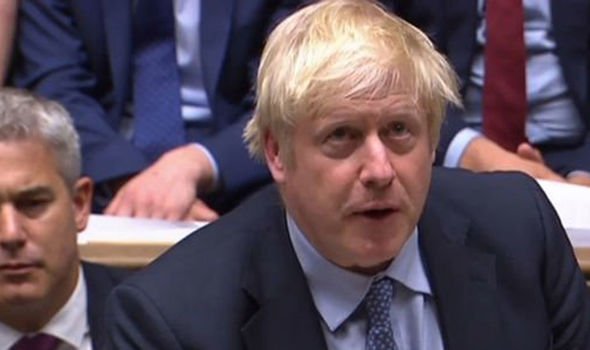 Tributes poured in, with Labour leader Jeremy Corbyn praising Mr Bercow for being a “superb Speaker” who had “totally changed the way in which the job has been done”.

Jo Swinson said casting her vote to elect Mr Bercow as Speaker was the most important vote she has taken whilst being an MP.

Ireland panic: Third of Irish farms could be wiped out by no deal Brexit, Dublin warned

Rep. Matt Gaetz’s taunt towards Michael Cohen to be probed by Florida Bar