The Plymouth Moor View MP is thought to be angry at the failure to protect veterans who served in Northern Ireland during The Troubles from prosecution. Mr Mercer is a veteran himself, serving in the Army for ten years between 2003 and 2013.

The MP was first elected in 2015 and said he entered Parliament with an aim of improving the care of veterans.

Since becoming veterans minister he has been critical of the Government for the slow “pace of progress” on promised legislation to protect soldiers who served in Northern Ireland against historical prosecutions.

Two weeks ago he said his commitment to protecting those who served was “unwavering”.

He added: “To try and shift UK Government position towards looking after these people and preventing the repeated and vexatious nature of litigation against those who served is a huge task. 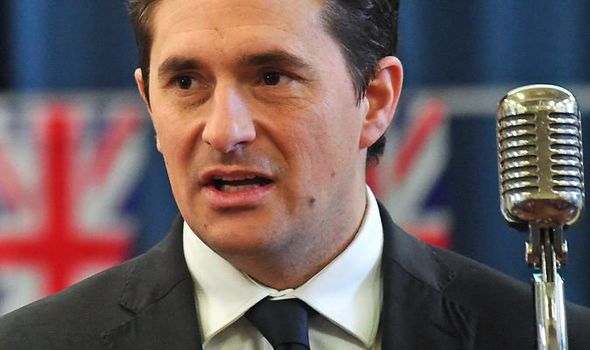 “I am convinced we will get there in the end.”

Westminster is alight with rumours the Government is set to accept an amendment to the Overseas Operations Bill when it heads through Parliament later this week that would exempt protecting British troops from claims of torture, war crimes and genocide.

Mr Mercer is understood to have told Parliamentary colleagues he will resign over the matter.

The Prime Minister’s official spokesman this afternoon described the minister as “valued”.

He said: “I’ve seen there is speculation, and speculation is what it is at the moment.

“Johnny Mercer is a valued minister in the Government and we have a good track record on delivering for veterans’ issues.”

The spokesman said he was not aware of any conversations between Mr Mercer and Boris Johnson today.

The controversial amendment to the Overseas Operations Bill will be debated and voted on in the House of Commons tomorrow afternoon.

It is thought Mr Mercer will not resign until after the Bill has passed through the chamber.

Lamar Alexander Will Not Seek Re-election in 2020