Boris Johnson has long been the favourite to take over from Theresa May at 10 Downing Street after dominating the early ballot results among Conservative MPs. But a new poll from YouGov, which questioned 1,686 adults on Wednesday and Thursday, has shown his Tory leadership rival Jeremy Hunt is quickly gaining momentum in support from the British public. While it will be Tory members who decide their party’s next leader, and ultimately the country’s next prime minister, Foreign Secretary Mr Hunt is the favoured successor to Mrs May among the public, by 41 percent to 29 percent for Mr Johnson, according to the survey.

The research shows the leadership underdog is gaining momentum, with 28 percent of the public believing he would make a good prime minister, compared to 25 percent favouring Mr Johnson.

Just over four in 10 (43 percent) think the Foreign Secretary would be a bad prime minister – still less than his rival on 58 percent – suggesting Mr Johnson’s popularity with the public is plummeting.

But this contrasts hugely to an Express.co.uk poll of 11,602 people conducted on June 22, which revealed 74 percent trusted Mr Johnson more to deliver Brexit, compared to just 15 percent for Mr Hunt. 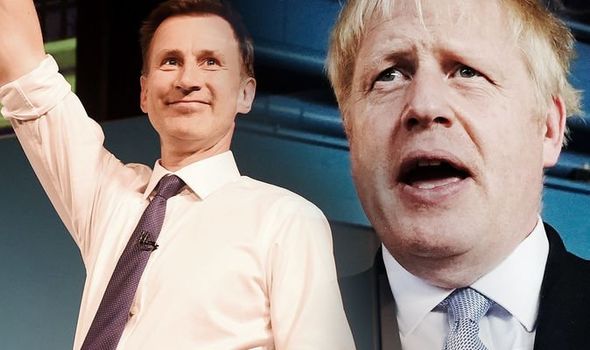 Mr Johnson’s personal traits have also been questioned in the poll, with 22 percent thinking Mr Hunt is more honest (compared to 14 percent for the former foreign secretary), and just 14 percent believing Mr Johnson has a good moral character (compared to 26 percent for Mr Hunt).

But the favourite to become the next prime minister was still backed by 48 percent of Tory voters who were questioned, although Mr Hunt only trails at 39 percent.

This remains significant as it is the 160,000 Conservative Party members who will ultimately decide the victor in the head-to-head contest next month.

Mr Hunt’s campaign team have been buoyed by the poll results, with a source telling the Press Association: “Jeremy remains the underdog but this shows we’ve got the momentum. 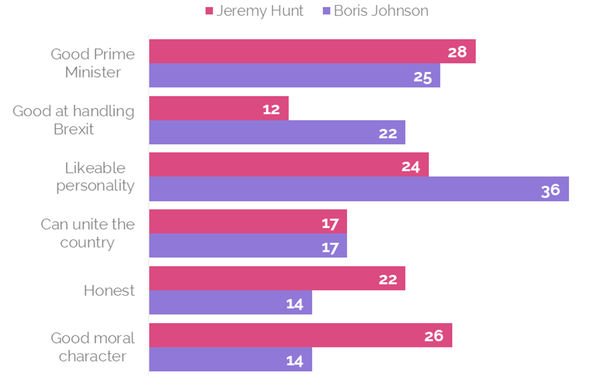 On Friday, Mr Johnson denied he is already “measuring the curtains” for Downing Street amid reports he has begun drawing up his new Cabinet.

Appearing alongside Mr Hunt at the latest leadership hustings in Exeter, the frontrunner in the race for Tory leadership insisted he had not offered any jobs in expectation that he was on course to enter Number 10 next month.

He poured cold water on a rep“He’s clearly the candidate best trusted to beat (Labour leader Jeremy) Corbyn.”ort he was ready to offer Home Secretary and one-time leadership rival Sajid Javid the post of Chancellor. 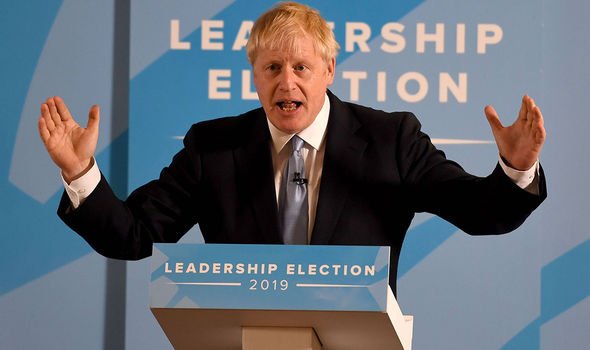 Mr Johnson said: “Of course, there is a wealth of talent on the Conservative benches but anything I say now about the future shape or personnel of the administration I lead would be counted as measuring the curtains.”

“One of the difficulties I am discovering in this situation is obviously that people want to project onto us and to our agenda all sorts of things that they think are desirable, including the possibility that they should have some job or other.

“Nobody has been offered a job.”

Mr Johnson also sidestepped a question on whether he would be prepared to offer a post to Mr Hunt. 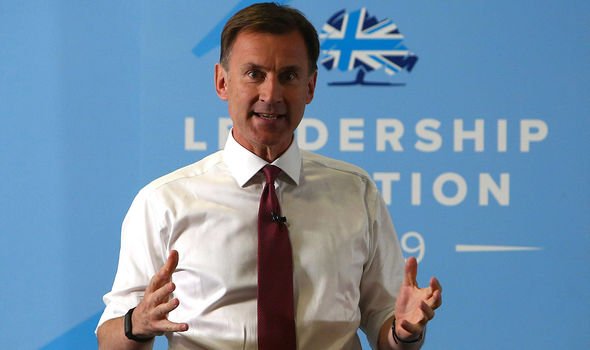 But in his hustings, Mr Hunt said he would love to have Mr Johnson in his cabinet, and joked that he would make his rival the “Secretary of State for collective responsibility” in his Government.

He said: “Boris is someone of enormous talent, he’s changed the course of our history through his leadership of the Leave campaign and he should always have a very big role in taking things forward,” he told party members.

“In terms of what role he would have, I think that’s a discussion that I would have with him in that situation. Would I serve him? Of course – we’re in an incredibly difficult situation.

“I think whoever doesn’t win in this contest needs to put their shoulder to the wheel and serve loyally the winner so that we can get through this, get to the other side, and give the country all the exciting things that we want to do.”

Trump says he is willing to shut government unless wall is funded: Politico