The trial could renew attention on efforts by Trump’s 2016 campaign to capitalize on emails embarrassing to his Democratic opponent Hillary Clinton that U.S. intelligence officials have concluded were stolen by Russian state-backed hackers. It also coincides with the impeachment inquiry against the Republican president in the House of Representatives over Trump’s request that Ukraine investigate a Democratic rival, Joe Biden.

Mueller’s investigation, which concluded in March, led to criminal charges against several Trump advisers and campaign aides. Stone is just the second from this group not to plead guilty. Paul Manafort, Trump’s former campaign chairman, was convicted by a Virginia jury last year and is now in a federal prison.

Stone, a self-described “dirty trickster” and “agent provocateur,” has pleaded not guilty to charges of obstructing justice, witness tampering and lying to the House of Representatives Intelligence Committee. That committee is now spearheading the impeachment inquiry.

Stone arrived at the courthouse in Washington on Tuesday morning to both jeers and cheers.

“Hey, you’re going to get to see Manafort,” one person yelled, referring to Trump’s former aide who is now serving a prison sentence of 7-1/2 years. Others shouted “Roger Stone did nothing wrong.”

A Republican operative since the days of the Watergate scandal that forced President Richard Nixon to resign in 1974, Stone has been a friend and ally of Trump for some 40 years. He has a tattoo of Nixon’s smiling face on his back.

A jury was being chosen from a pool of more than 80 potential jurors. Opening statements could begin as soon as Wednesday, U.S. District Judge Amy Berman Jackson said on Monday. The trial could last at least two weeks.

Stone is accused of lying to U.S. lawmakers investigating Russian election interference about the Trump campaign’s efforts to obtain the hacked emails that were published by the Wikileaks website to undercut Clinton’s candidacy.

The indictment refers to an October 2016 email from a “high-ranking Trump Campaign official” asking Stone to inquire about future releases of emails by “Organization 1,” a reference to Wikileaks. Stone responded that “Organization 1” would release “a load every week going forward.” The election was in November 2016. 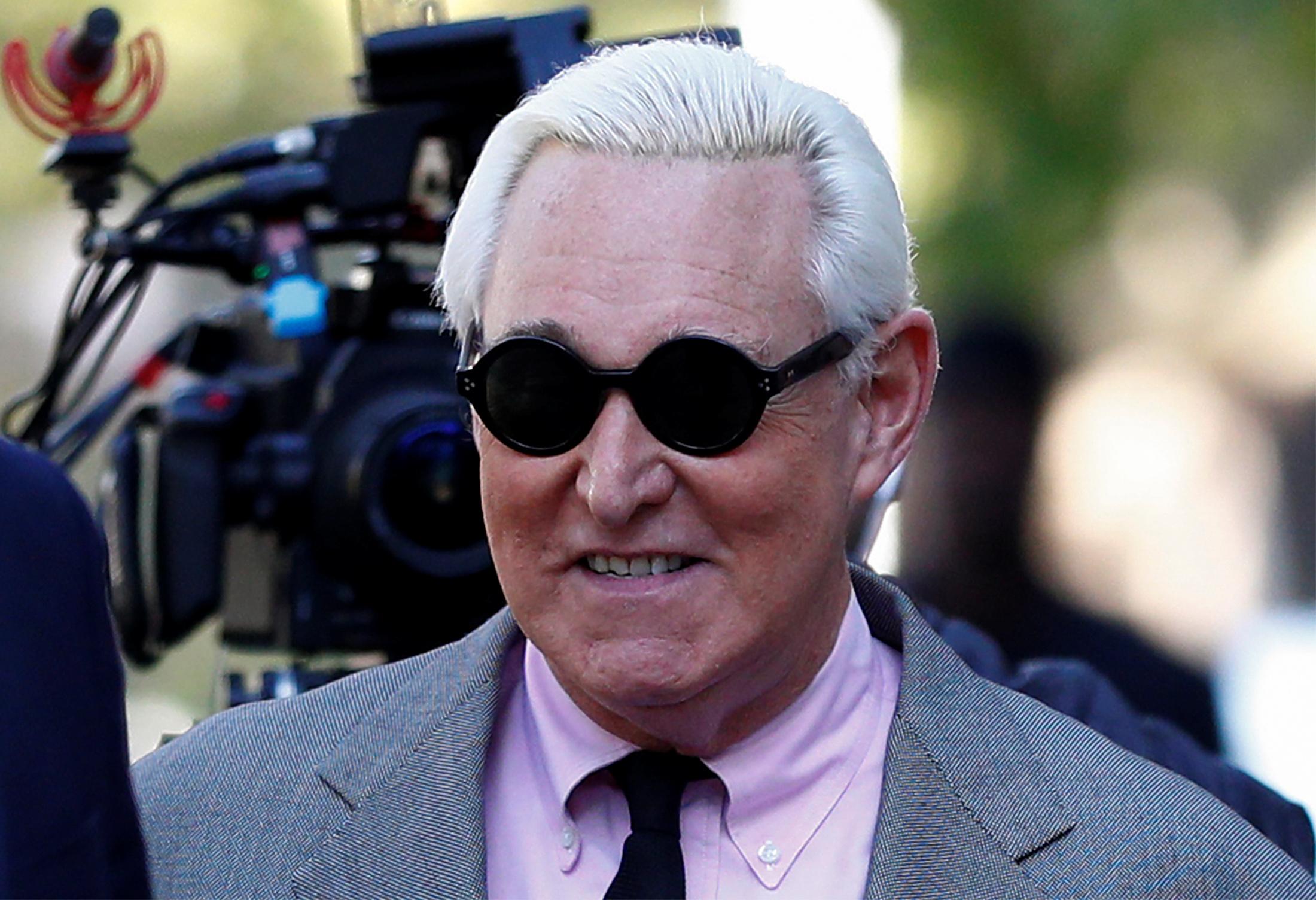 Those four were mentioned in a questionnaire sent to prospective jurors listing people who could be called as witnesses or discussed during the trial.

Also mentioned was Wikileaks founder Julian Assange, though he is not expected to appear. Assange is in London fighting extradition to United States on charges of conspiring to hack government computers and violating a federal espionage law.