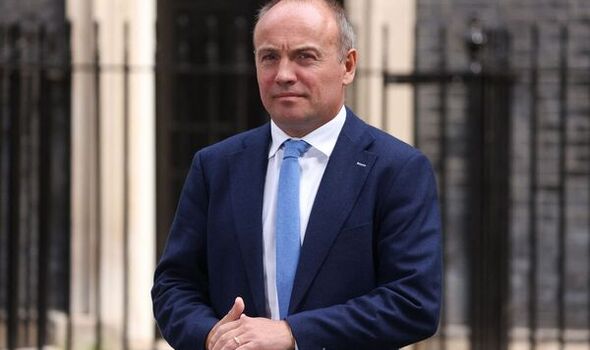 The cost-of-living tsar grew up in a council house in Cwmbran, south Wales with the typical ups and downs every home faces.

Mr Buttress is one of three brothers and came from a hardworking family with grandparents who also helped out.

He said his childhood gave him a bit of perspective and helped inspire his approach to the government advisory role.

Mr Buttress created the Just Eat food delivery group and is reported to have made £17.4 million selling off his stake.

He is also chairman of the Dragons, a Welsh rugby union team, and invested in the team.

He was brought in on an unpaid six month basis to help find innovative ways to tackle the cost of living crisis in June but hit the headlines after it emerged he had criticised Boris Johnson on social media.

The post said: “Boris has to go, he just has to. You can’t survive judgment like this.”

He said the Prime Minister should quit over partygate and said voting Tory in Wales is a form of self harm.

Mr Buttress apologised to Mr Johnson in private and has since said the outgoing premier has been passionate and supportive about finding ways to tackle cost pressures.

He said he brought up to apologise if “you say something about another person you don’t know” and it was the right thing to do.