Mr Kwarteng received a hostile reception to his mini budget announcement on Friday, but veteran Tories and business leaders came to his defence with some claiming his plan shows a true Conservative heart. The pound had its worst day since the early days of the pandemic on Friday after the Chancellor made the announcement.

It fell by more than 3 percent, yet again dropping to the lowest value against the US dollar for 37 years.

The Chancellor was forced to defend himself after The Institute of Fiscal Studies (IFS) said he was “betting the house” by putting Government debt on an “unsustainable rising path”.

The respected financial think tank’s scathing assessment said only those with incomes of over £155,000 will be net beneficiaries of tax policies announced by the Conservatives over the current Parliament, with the “vast majority of income tax payers paying more tax”.

During a visit to a factory in Kent on Friday afternoon, Mr Kwarteng told reporters: “It’s not a gamble.

“What is a gamble is thinking that you can keep raising taxes and getting prosperity, which was clearly not working. 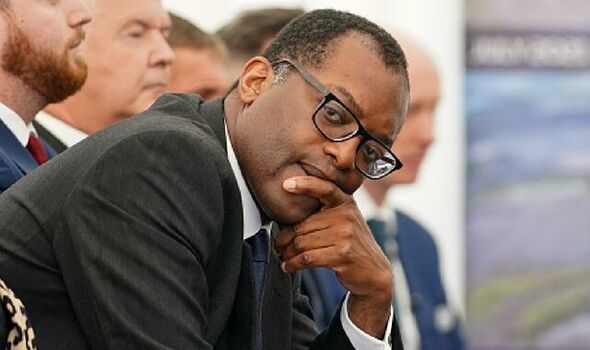 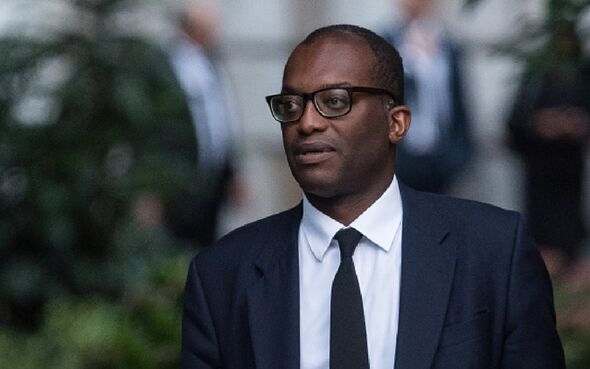 “We cannot have a tax system where you are getting a 70-year high, so the last time we had tax rates at this level before my tax cuts was actually before Her late Majesty had acceded to the throne.

“That was completely unsustainable and that’s why I’m delighted to have been able to reduce taxes across the piece this morning.”

But Tory treasurer Lord Ashcroft said that with the Chancellor’s proposals it “seems after 12 years to have a Conservative government”.

“We must now use this opportunity to make it count and bring growth to every corner of the UK. Fifteen years of anaemic growth cannot be repeated.”

Former chief whip Julian Smith praised the “many positive enterprise measures” but he added: “This huge tax cut for the very rich at a time of national crisis and real fear and anxiety among low-income workers and citizens is wrong.”

Martin McTague, national chairman of the Federation of Small Businesses, echoed: “The Truss government is off to a flying start. Scrapping the planned corporation tax increase will free up funds for small businesses to invest, and mitigate the impact of continuing high inflation levels.”

The Resolution Foundation think tank said the Chancellor’s measures would involve an extra £411 billion of borrowing over the next five years.

It said the tax cuts do very little to boost the incomes of those who need it the most, pointing out that someone earning £1 million a year would gain more than £55,220 a year, while someone on £20,000 would gain only £157.

Larry Summers, a former US Treasury secretary, warned sterling may sink past parity with the dollar.

“It makes me very sorry to say, but I think the UK is behaving a bit like an emerging market turning itself into a submerging market,” he told Bloomberg.

Amid soaring interest rates, he warned that the Bank of England will surely further hike rates in response to the package.

The Chancellor admitted that the UK is now “technically” in recession, but claimed his tax-cutting measures will ensure the dip is “shallow”.

He told the BBC: “Technically, the Bank of England said that there was a recession, I think it’ll be shallow and I hope that we can rebound and grow.”

“We’ve had two quarters of very little, negative growth and I think these measures are going to help us drive growth.”

Hundreds of Thousands of Bikers Expected in Sturgis Despite Delta Variant