Labour leader Jeremy Corbyn has said he would like the party to have two deputy leaders.

His words come after controversy over the position of current deputy leader Tom Watson.

An attempt led by Jon Lansman, head of the Corbyn-supporting Momentum group to scrap Mr Watson’s position was abandoned on the first day of the party’s annual conference in Brighton on Saturday.

Mr Corbyn, whom Mr Watson has clashed with in the past on Brexit and Labour’s handling of antisemitism claims, has told the Sunday Mirror: “I told the national executive we need to review how the deputy leadership works and have an election process for two deputy leaders in the future which reflects diversity within our society, so one would be a woman.

“It was agreed overwhelmingly.”

Mr Corbyn added: “Tom is the elected deputy leader of the party and so has an important role to play.

“I work with him and he’s done very well on media reform, online gambling and exposing the way sugar has a deleterious affect on our lives.”

:: Listen to the latest All Out Politics podcast on Apple Podcasts,Google Podcasts, Spotify, Spreaker

Other developments at the party conference include: 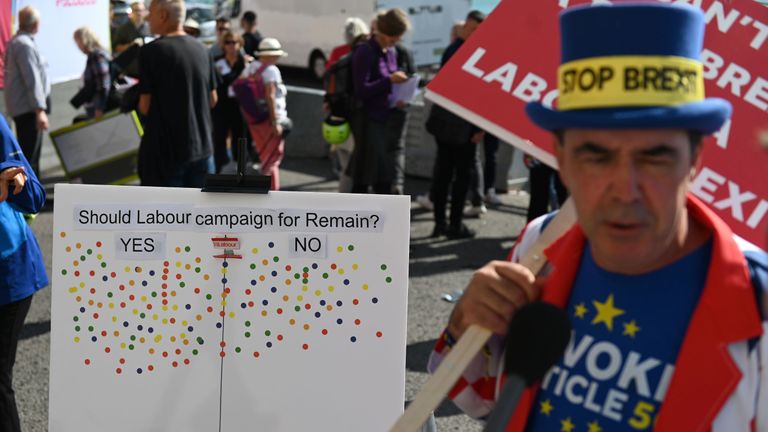 It was also revealed that Labour could head into a general election campaign without a clear position on which side it would support in a second Brexit referendum.

A policy statement put forward by Mr Corbyn to the National Executive Committee (NEC) said Labour would strike a new deal with Brussels within three months and then put it to another public vote.

The party’s position in that referendum would be settled in a special conference after an election.

Mr Corbyn has denied suggestions he is sitting on the fence when it comes to Brexit, saying “leadership comes from listening”.