Marcia Williams was a trailblazer and one the most influential woman in post-war British political history – even if many people have never heard of her.

A place in history part occluded because of the prejudices of her own age – and refracted further by those of our own.

Williams (or Lady Falkender, as she later became) was Labour prime minister Harold Wilson’s political secretary from 1956-83, his most trusted confidante and adviser.

She was talent spotted by Mr Wilson when she worked for Labour Party HQ and became an indispensable aide.

Her knowledge of the raw politics of the Labour movement was unparalleled, as were her political instincts.

There was barely a decision taken by Mr Wilson where she was not consulted. She even dictated cabinet reshuffles.

Home secretary and chancellor Roy Jenkins said of her: “On most issues she has the best judgement and highest courage of those in the so-called kitchen cabinet (Wilson’s most trusted advisers).”

Dick Crossman, a cabinet minister in the 1960s, remarked (in what is perhaps a telling description) that “Marcia… has got more influence with Harold now than any single man”.

That influence, judgement and courage helped Mr Wilson become one of Labour’s most successful leaders and the victor of four elections in five, which remains a modern record. 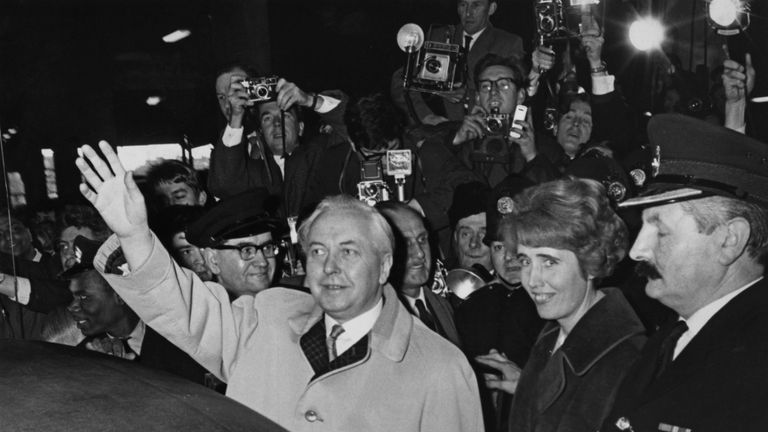 Indeed, Mr Wilson credited her with his first wafer thin victory in 1964, after she urged Granada Television to move the slot of Coronation Street so as not to keep Labour voters away from the polls.

Her place in the annals of the Labour movement ought then to be higher, yet it is not.

In her last years she lamented the fact: “I don’t need them to be complimentary but they could just notice I existed and I’m still in the Labour Party.”

To me it is clear that her sex contributes to this amnesia. In Ms Williams’s age where women in politics, if seen or noticed at all, were confined to the “safe”, “maternal” spaces of education or health policy, she was a curious creature – at home in the most male of environments, in the engine-room of politics and at that one of its principal operators.

She was an odd one out, as Machiavellian or as devious as her male contemporaries but more noticeable and with fewer tropes to which to adhere or examples to emulate.

As a consequence many of the journalists of the age simply knew not what to make of her.

It was assumed she must be having an affair with her boss, something she and Mr Wilson’s wife, Mary, always denied. 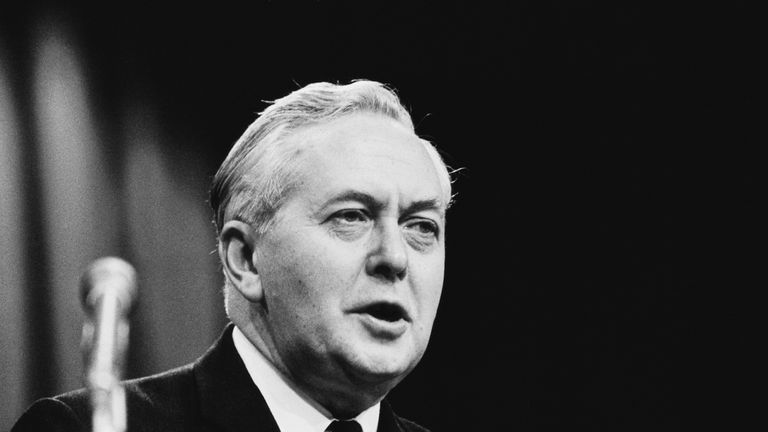 But it wasn’t just her relationship with Mr Wilson which aroused the worst instincts of Fleet Street – it was her “unorthodox” private life, too.

Ms Williams’s marriage broke down and she was known to conduct a series of affairs with successful men and wished to remain unattached.

This in itself created no end of lurid speculation. She was a single working mother – a career woman.

She loved the fast pace of political life and had no interest in playing to domestic stereotypes, one of the only acceptable ways to behave and fit in for female political figures of the age.

Her lifestyle would bat fewer eyelids today yet even then she remained unabashed and unashamed. She strikes me as being rather brave.

Ms Williams could be her own worst enemy. She was far too fond of the power and prestige that came with her association with Mr Wilson.

She almost certainly helped write the infamous “Lavender List”, Mr Wilson’s resignation honours, awards for cronies and often corrupt businessmen who had association with Ms Williams and Mr Wilson and which tars her boss’s reputation to this day. 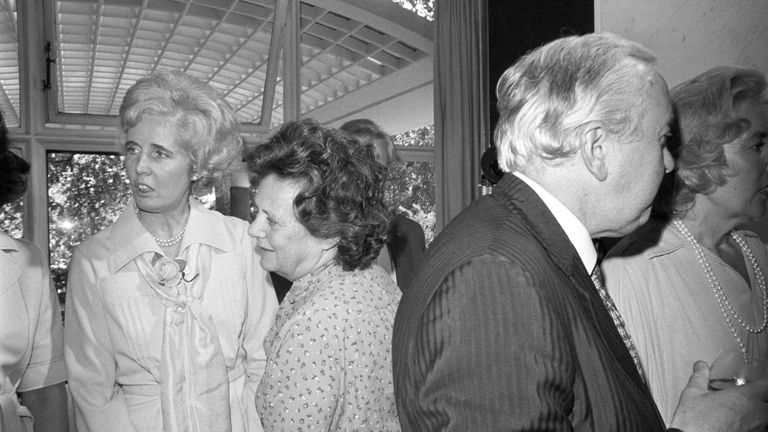 She was paranoid and often behaved badly. By all accounts she could be tempestuous, mercurial and extremely difficult to work with, and her relationship with Mr Wilson could be bizarre.

He was, at times, frightened of her. Yet Mr Wilson never thought of dismissal and when asked why he tolerated her volatility, he replied: “At the end of the day I know she will be the person remaining who will stand by me.”

Indeed she did, to the grave. Ms Williams was at his deathbed, along with Mary, with whom (despite the rumours) she shared a deep friendship.

And I wonder if many of the accounts of her behaviour, where she is often described as “histrionic” or prone to “temper tantrums”, were made and left to history by men who were little accustomed to working so closely with a woman and resented her influence over their boss.

We must remember, when Ms Williams achieved her status – in the late 1950s – women had boasted the vote on an equal footing with men for less than 30 years.

There were only 25 female MPs, or 4% of the total. There were even fewer senior women working on the inside of politics – indeed, she was surely the first senior female political aide for a party leader in British history. 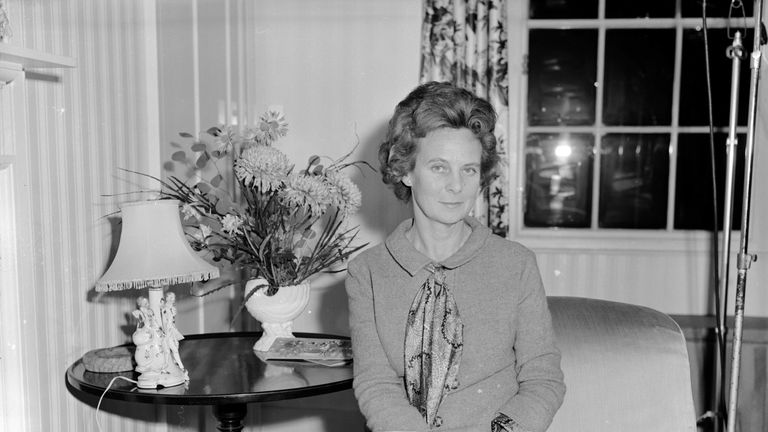 Today there are still few – the number of female MPs has risen enormously – but the offices of party leaders, where deals are done and political power wielded, are still overwhelmingly male.

Mr Wilson deserves credit for recognising her skills and so does she for getting there.

She came from little (her father Harry was a brickworks manager) and achieved a lot.

But even our contemporary accounts are tempered by a remarkable sexism. Several headlines reporting her death described her as Harold Wilson’s “powerful secretary”, rather than what she was – the most powerful woman of her age.

It seems even we can’t believe a woman was as powerful as she was.

It’s been a week where we’ve been debating the credits and debits of powerful historical figures such as Winston Churchill.

Such people are often complicated, and we are willing to forgive many of Mr Churchill’s transgressions in exchange for the great man’s virtues and achievements. 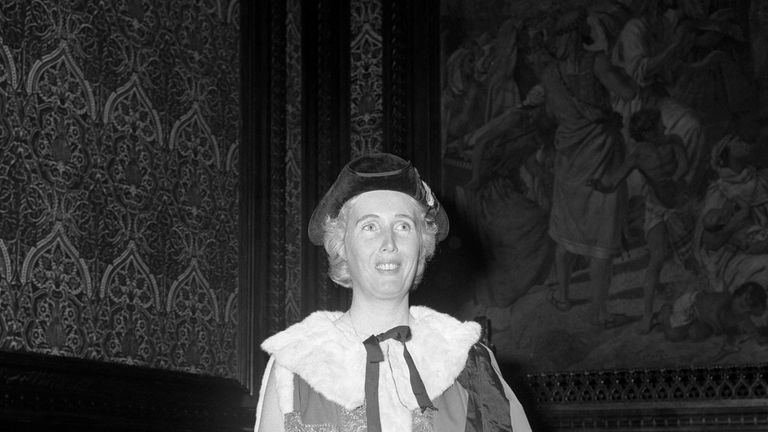 Naturally Ms Williams’s was a smaller footprint on history than Mr Churchill’s but her “crimes” are likewise far more modest.

And the sin for which perhaps some of her enemies still cannot understand and forgive was that she was who she was.

In another achievement, she became Labour’s longest serving member of the House of Lords, yet never gave a speech.

This sums up Ms Williams well. At the centre of power but unheard. It’s time we gave her a better hearing.

Theresa May announces she will vote against a No Deal Brexit