The Liberal Democrats would win a general election if one was held tomorrow, according to a new national poll.

Following impressive results in the European elections, the resurgent party have pipped the Brexit Party to top spot in a YouGov survey carried out for The Times.

It is only the second occasion that neither Labour nor the Conservatives have occupied first place in a YouGov poll. 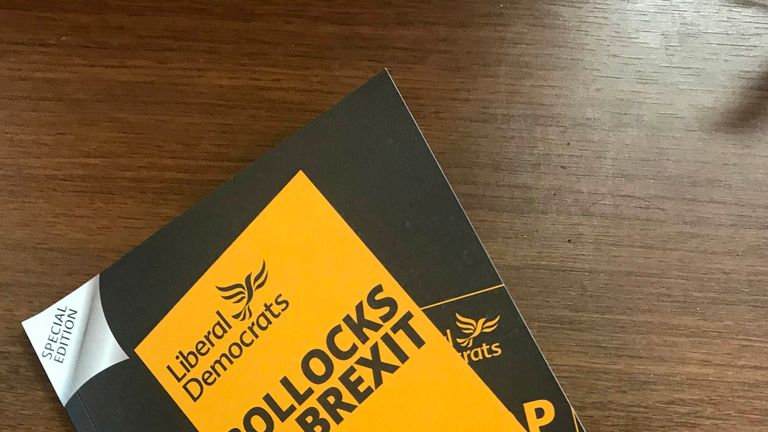 Some 24% said they would vote for the Remain-supporting Lib Dems, with 22% backing the Brexit Party.

The two parties stand at completely opposite ends of the Brexit debate, but both attracted plenty of support from voters last week and will have more MEPs than any other British party in the new European Parliament.

Nigel Farage was among 29 Brexit Party candidates to claim a seat, while the Lib Dems won 16.

Labour won 10 seats, down from 20 in 2014, while the Conservatives slumped from 19 to just four in what was seen as a widespread rejection of their approach to Brexit.

Lib Dem leader Sir Vince Cable is among the leading voices calling for a second referendum on whether Britain should leave the EU, and has also suggested he may support revoking Article 50 altogether.

The YouGov poll suggests his approach is resonating with plenty of the British public, although the last time his party enjoyed such standing proved to be something of a false dawn.

The Lib Dems led a similar poll after the first ever TV prime ministerial debate in the build-up to the 2010 general election, but the apparent support for Nick Clegg faded quickly and the party ended up behind the Conservatives and Labour. 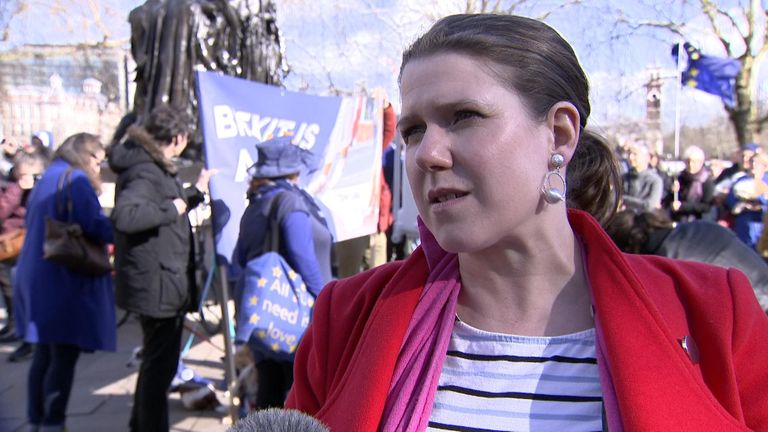 The latest YouGov poll puts both Labour and the Conservatives on 19%, with the Greens at 8%.

By the time the next general election does come around, the Conservatives and the Lib Dems will both have a new leader, with a dozen Tories having already entered the race to succeed Theresa May.

The poll came as Jo Swinson announced she would be standing to replace Sir Vince as Lib Dem leader, promising she would lead a movement to tackle “nationalism and populism”.

She used an appearance on the BBC’s Question Time to announce her candidacy, and will face competition from former cabinet minister Sir Ed Davey.

The Lib Dems will have a new leader on 23 July after Sir Vince announced his decision to stand down earlier this year, while the battle to take Mrs May’s job will begin upon her departure from Downing Street next week.

According to a Sky Data poll, the majority of Britons want a general election to take place when the new prime minister takes up their post.