He becomes the Lib Dems’ fifth leader in five years.

A Liberal Democrat spokesperson announced: “There were 117,924 ballot papers issued, a record high for any of our leadership elections. Turnout was 57.6 percent.

“And so Ed Davey has been elected the next leader of the Liberal Democrats.”

Making his acceptance speech, former coalition Government Cabinet minister Sir Ed said: “It is my love of this party that makes me recognise that we must change.

“We have to wake up and smell the coffee – nationally our party has lost touch with too many voters. 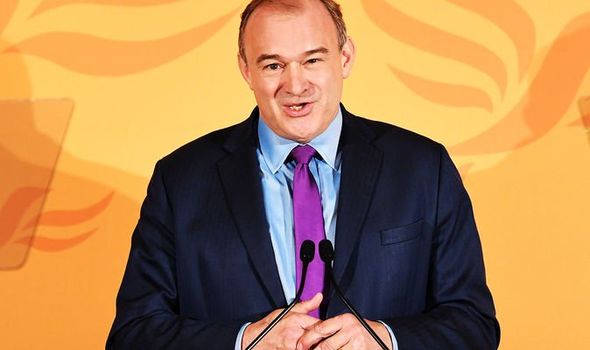 “At the national level, we have to face the facts of three disappointing general election results.

“The truth is, voters don’t believe that the Liberal Democrats want to help ordinary people get on in life.

His appointment as the new Lib Dem leader comes after he sent a dire warning over Brexit to Boris Johnson earlier this year.