Piers Morgan tells Truss to ‘get back to work’

Kwasi Kwarteng is expected to reverse the 1.25 per cent hike in national insurance and halt plans to increase corporation tax from 19 per cent to 25 per cent in April. The Chancellor and the Prime Minister have made growing the economy top priority and reducing the tax burden is central to the plan.

Mr Kwarteng is considering ripping up rules imposed by the European Union that restrict bankers’ bonuses to help drive growth in the City.

Annual pay-outs were limited to twice the salary level in the wake of the 2008 financial crisis.

They also want to take advantage of Brexit to shake-up the rules to make the UK the most attractive place for investment, with the United States and Asia more competitive currently.

Mr Kwarteng told City bosses last week: “We need to be decisive and do things differently” as he set out an “unashamedly pro-growth plan”.

City bosses say the cap means salaries have to be permanently pushed up to make up for lower bonuses, which means their fixed costs are higher regardless of performance. 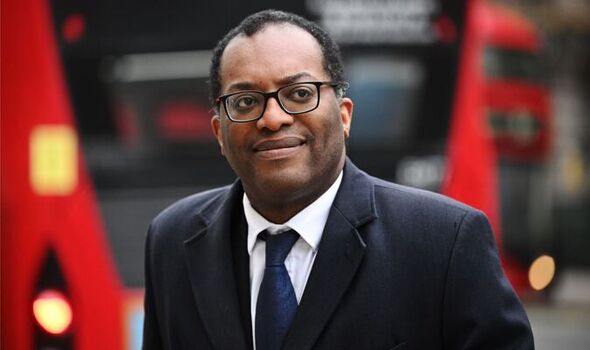 Scrapping the limit during a cost of living crisis is politically difficult, with trade unions and Labour attacking the proposals for helping the wealthiest.

But Professor Len Shackleton, from the Institute of Economic Affairs, said there would be “no losers” from the move and the opposition is “just gesture politics”.

He said: “Kwasi Kwarteng should ignore the naysayers and just plough ahead with this. If you can’t deregulate in this area, you’re never going to be able to deregulate anything.”

Rachel Winter, from investment firm Killick & Co, questioned the timing of such a move but said it would raise tax.

“Arguably the banks do pay a lot of tax, so I think the Chancellor is looking at ways to boost the UK economy to get more banks to come to London, to stay in London and pay more tax.”

Economist Andrew Sentance, a former member of the Bank of England’s Monetary Policy Committee, said: “There may be some longer-term arguments for pursuing this policy, but I think the timing would be very bad if they did it now.”

TUC general secretary Frances O’Grady said: “Bonuses in the City are already at a record high.

“While City executives rake it in, millions are struggling to keep their heads above water.

“Working people are being walloped by soaring prices after the longest and harshest wage squeeze in modern history.

“The Chancellor’s number one priority should be getting wages rising for everyone – not boosting bumper bonuses for those at the top.”

Sources close to the Chancellor said no decision has yet been made on the proposal.