BBC presenter Laura Kuenssberg challenged Liz Truss to defend her economic agenda during a tense interview in Birmingham on Sunday. Ms Kuenssberg pointed to a graph which showed that the cost of Government borrowing has spiked as a “direct result” of Number 10’s economic interventions. Ms Kuenssberg told the Prime Minister: “That is a spike in the cost of borrowing for the government which feeds through to everybody else as a direct result of the decisions that you announced on September 23.

“This is not about what was going on in the war in Ukraine already. We know that that’s a huge challenge.

“But it is about the cost of government borrowing and that feeds through to so many other things,” replied Ms Kuenssberg.

The Prime Minister’s attempts to defend her position, arguing that the price of government debt was not the same as interest rates, was branded “bizarre” by ITV’s Robert Peston on Twitter. 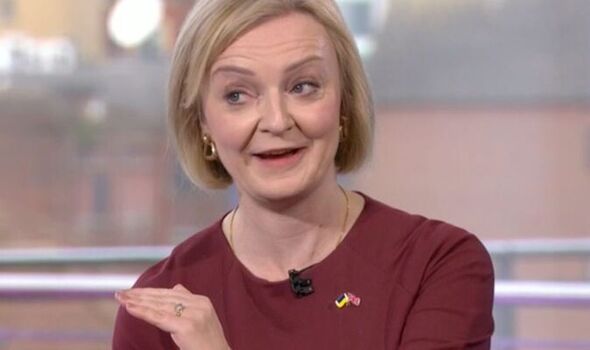