Liz Truss pledged to build “a new Britain for a new era” as she addressed Tory members for the first time since entering No10. The Prime Minister made a passionate defence of her plan to get Britain booming again, hitting out at the “anti-growth coalition” looking to derail her vision for the country.

She was cheered by party members as she promised to “getting our economy growing”. She also received a standing ovation after Greenpeace protesters disrupted her speech shortly after she started speaking.

Making the case for her growth plan, Ms Truss said: “Economic growth makes us strong at home and strong abroad and we need an economically sound and secure United Kingdom and that will mean challenging those who try to stop growth.

“I will not allow the anti-growth coalition to hold us back.

“Labour, the Lib Dems, the SNP, the militant unions, the vested interests dressed up as think tanks, the talking heads, the Brexit deniers, Extinction Rebellion and some of the people we had in the hall earlier. 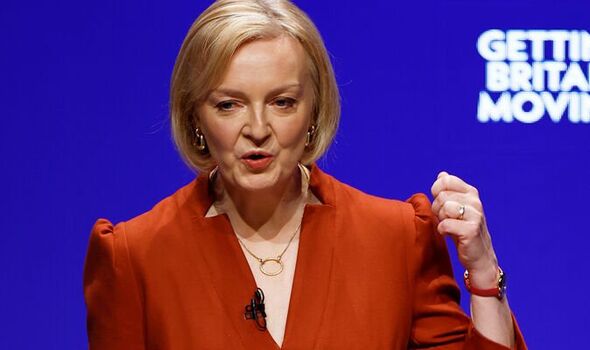 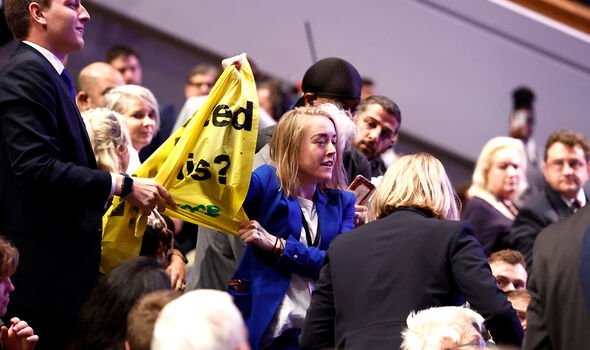 “The fact is they prefer protesting to doing. They prefer talking on Twitter to taking tough decisions.

“They taxi from north London townhouses to the BBC studio to dismiss anyone challenging the status quo.

She added that those who disagreed with her were “wrong, wrong, wrong”.

Former Cabinet ministers Michael Gove and Grant Shapps have been the most vocal critics of Ms Truss during the conference meeting in Birmingham.

In a swipe at those attempting to undermine her premiership, the Prime Minister said: “I know how it feels to have your potential diminished by those who think they know better.” 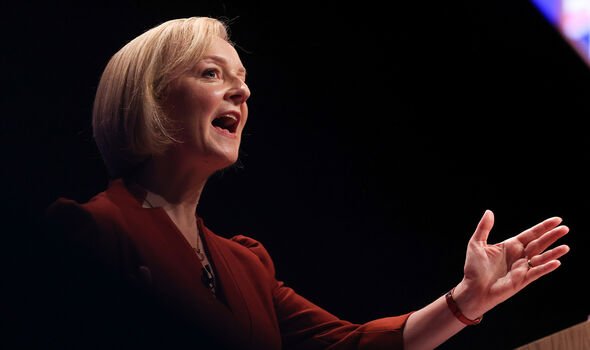 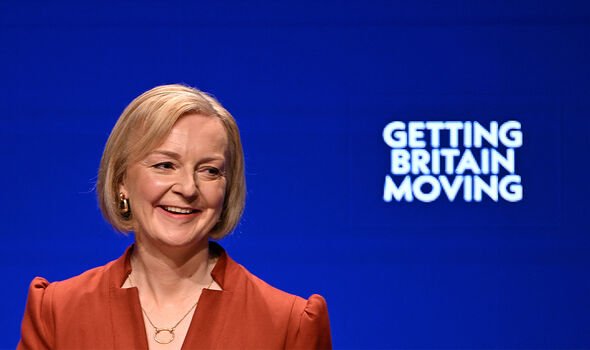 The Prime Minister was forced to ditch her plan to scrap the 45p top rate of tax after a growing number of her own MPs threatened to vote against it in the House of Commons.

“I get it and I have listened,” Ms Truss said as she took responsibility for the error in her speech today.

“The fact is the abolition of the 45p tax rate became a distraction from the major parts of our growth plan. That is why we’re no longer proceeding with it.”

After suggestions of a rift between No10 and No11, the Conservative leader also heaped praise on Kwasi Kwarteng.

She was “in lockstep” with her “dynamic” Chancellor and the pair were working together to unleash the potential of the UK.

She said: “Cutting taxes is the right thing to do morally and economically.

“Morally, because the state does not spend its own money. It spends the people’s.

“Economically, because if people keep more of their own money, they are inspired to do more of what they do best.”

A low tax economy was a sign that “Britain is open for business”, she added.