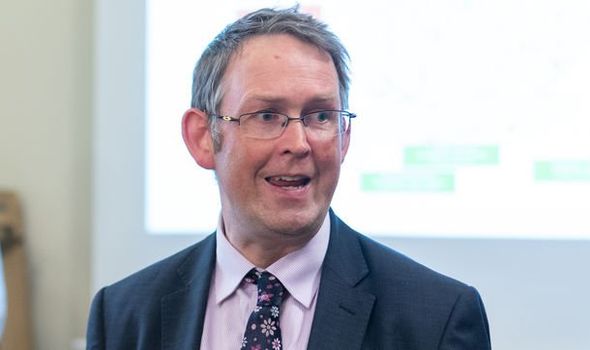 Former transport and justice minister Paul Maynard has introduced legislation to abolish the Lords and replace it with an elected second chamber in a bid to trigger a national debate.

He is alarmed that successive prime ministers have “stuffed” the red benches with political appointees and his concerns about the “quality of our democracy” heightened when debate raged about Brexit and peers appeared “out of tune” with the electorate.

There is also anger in Tory circles that the Lords voted this month against strengthening the powers of the police to deal with protest groups such as Insulate Britain and Extinction Rebellion. Peers rejected giving police new powers to halt noisy protests and also refused to back the creation of  “locking on” offences designed to stop protestors attaching themselves to objects.

Lee Anderson, the Conservative MP for Ashfield, voiced his frustration at members of the Lords who “are just there to agitate and block legislation”.

Lords can claim a flat rate attendance allowance of £162 or £323, and Mr Anderson said the cash could be better spent elsewhere. He added the institution needed reforming “from top to bottom” and described the rejection of new police powers to tackle protests as “scandalous”.

He said: “This affects people’s everyday lives – going to work, doing shopping, going to the hospital [and] I think some of these people sat in the Lords have probably never had to get public transport or been to work for 30-odd years or been a victim to the lunatics who are blocking our highways.”

Blackpool North and Cleveleys Conservative MP Mr Maynard made the case for an end to the present House of Lords, saying: “It’s not elected, it’s unanswerable to anyone other than itself and I believe there are better ways to do it.”

Describing why he believes change is needed, he said: “ I think a lot of the turbulence over Brexit made it clear to me that essentially no matter how great and good the great and the good are, if they are out of tune with the views of the electorate so substantially, it starts to raise questions about the quality of our democracy. I regret the fact that it becomes stuffed by party political appointees are.

“I don’t think that helps the quality either. There are so many of them it just doesn’t make sense to me.”

Mansfield Conservative MP Ben Bradley supports introducing and age limit or a cap on how long someone can attend the Lords.

He said: “Some Lords are very capable and active and productive but there are too [many who do] literally nothing.”

There is already strong support for sweeping changes to the Lords in other parties. Sir Keir Starmer pledged in the Labour leadership election to abolish it and “replace it with an elected chamber of regions and nations”.

Leader Richard Tice said: “The House of Lords is second largest chamber in the world after the Chinese National Congress and even less democratic. It is the House of cronies, donors and yes folk.”

Dr Jess Garland, director of policy and research at the Electoral Reform Society backed Mr Maynard’s call for an elected Senate, saying: “Reform of the House of Lords is long overdue. It is absurd that in 2022 we have a parliamentary chamber formed on the back of hereditary privilege and political patronage – a chamber over which the public have no say. Voters deserve better.

South Thanet Conservative MP Craig Mackinlay did not support the introduction of elected members to the second chamber.

New Forest West Tory MP Sir Desmond Swayne doubted MPs could agree on how it should be reformed.

He said: “I don’t believe there is any prospect of agreement over what such reform should look like. What administration would invest parliamentary time in pursuit of an outcome with so little prospect of success?

“We have far too much else to be getting on with. Ultimately, it comes down to this: the Commons won’t vote for an elected Lords because it would undermine our own exclusive democratic primacy.

“Second, I don’t some peer purporting to represent my voters in the New Forest.”