In a joint statement, British Prime Minister Theresa May and her Irish counterpart Leo Varadkar expressed their determination to ensure the talks would reach “a successful conclusion”.

The move to break the long-standing political impasse in Northern Ireland follows the killing of Ms McKee, who was shot dead by the so-called New IRA as she covered riots in Londonderry on 18 April. 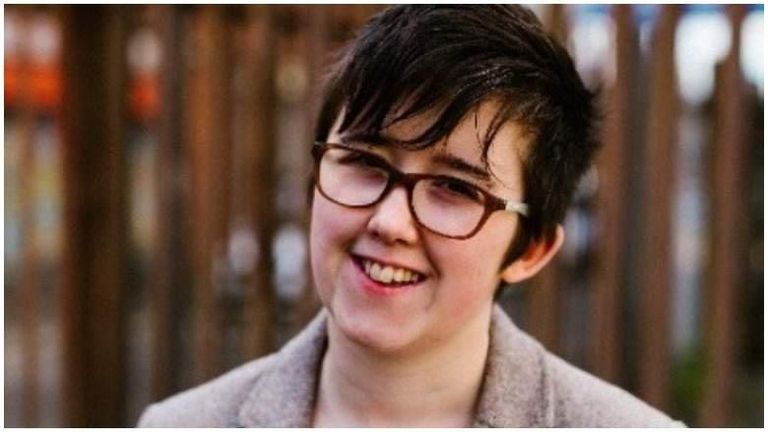 Mrs May and Mr Varadkar said the display of unity seen at her funeral “gave expression to the clear will and determination of all of the people of these islands to reject violence and to support peace and a better future for everyone in Northern Ireland”.

It also saw an impassioned challenge to the politicians by Catholic priest Father Martin Magill as to why it had taken the death of a 29-year-old woman to bring them together.

In a reference to this, the statement said: “We also heard the unmistakable message to all political leaders that people across Northern Ireland want to see a new momentum for political progress.

“We agree that what is now needed is actions and not just words from all of us who are in positions of leadership.

“We have agreed to establish a new process of political talks, involving all the main political parties in Northern Ireland, together with the UK and Irish governments, in accordance with the three stranded process.

The aim of these talks is quickly to re-establish to full operation the democratic institutions of the Belfast/Good Friday Agreement – the NI executive, assembly and North-South ministerial council – so that they can effectively serve all of the people for the future.”

In a press conference with Irish minister for foreign affairs Simon Coveney, Ms Bradley said Ms McKee had “symbolised the new Northern Ireland and her tragic death cannot be in vain”.

She added: “All of us must take inspiration from what Lyra achieved in her life and work even harder to make Northern Ireland a brighter, more peaceful and prosperous place for everyone.”

The Stormont executive and assembly collapsed more than two years ago in a row between the former powersharing partners over a botched green energy scheme.

Previous rounds of talks have failed to secure their restoration.

End of the House of Lords? Baroness Noakes admits peers have ‘lost touch with this nation’