Boris Johnson 'is the right man for the job' says caller

Banker Lord Cruddas claimed the way in which Mr Johnson had been booted out of the party was “corrupt” and “wrong”, demanding changes to the Conservative party’s rules. Mr Johnson announced his resignation following a litany of scandals, including being the first Prime Minister in history to be found to have broken the law, alongside multiple allegations of corruption and breaking the ministerial code.

Asked in a Tortoise Media podcast under what circumstances he would stop donating, the City billionaire and former Tory treasurer said: “If nothing changes, if Boris goes and this [party] constitution remains the same, I’m not interested. It’s not a personal thing. It’s just the wrong way to run a business. It’s the wrong way to run a political party, and it is going to get worse.

“I can’t give to the party … what they’ve done to Boris is just a catalyst for me to say ‘enough’.”

Lord Cruddas has donated over £3million to the Conservative party. He recently led a campaign with the ConservativePost website to try and force a constitutional change within the party, and allow a ballot on whether to accept Mr Johnson’s resignation.

The campaign is aiming to secure 10,000 signatures from Tory party members, and has currently achieved 8,700. 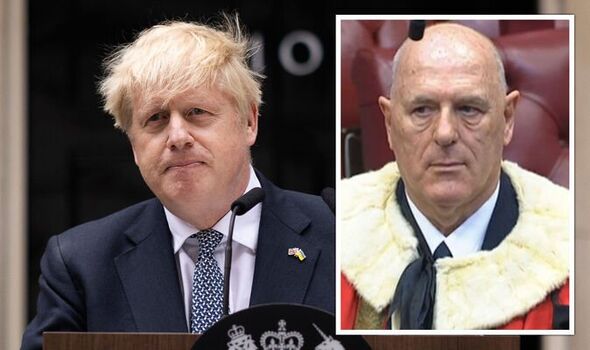 The businessman, who in 2007 was named the richest man in the City of London with an estimated fortune of £860million by the Sunday Times Rich List, said he would prefer the rules to be rewritten rather than Mr Johnson to return. He added that the combination of both a new constitution and Mr Johnson as leader, however, would be “nirvana”.

Lord Cruddas added: “I honestly believe that the Conservative Party, if it can change the constitution and listen to its members, would be the most successful political party for the next generation.”

Under the current rules of the 1922 Committee of backbench MPs, 54 members of parliament are able to trigger a vote of confidence in the sitting PM. If the vote achieves a majority, the Prime Minister is forced to resign. 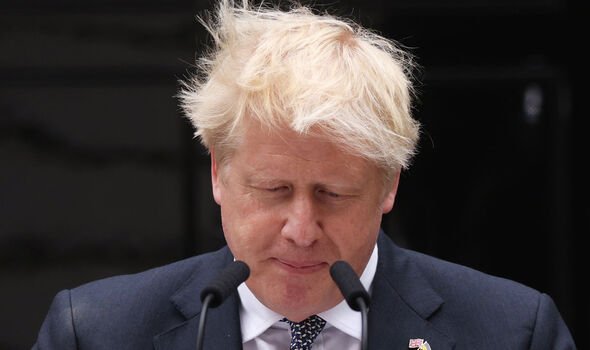 Explaining his desire for the rules to be changed, Lord Cruddas argued that this process enables a group of MPs to dictate the future of the country.

He said: “He has effectively been constructively dismissed by a group of MPs for whatever reason, but the problem with that is that it’s going against the electorate and it cannot be right for a political party to be having the tail wagging the dog.”

He added: “The whole thing stinks … you can’t have a democratically-elected leader of our party constructively dismissed by a group of people with vested interests, self-serving and they think they know what’s best for us.”

The Tory donor added that the process was beset by rumours of “vote lending, vote rigging”.

Mr Johnson’s government had previously seen allegations of blackmailing MPs from senior Tory MP William Wragg, who claimed whips had threatened to withdraw Government funding from rebellious MPs’ areas or leak negative stories in the press about them in January. 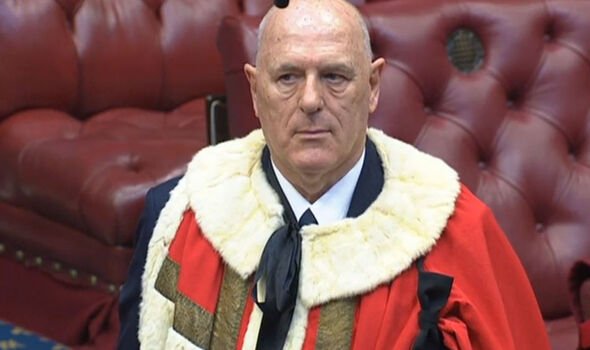 Speaking shortly after the allegations emerged, Mr Johnson told reporters on a visit to Taunton in Somerset: “I’ve seen no evidence to support any of those allegations. What I am focused on is what we’re doing to deal with the number one priority of the British people, which is coming through Covid.”

Mr Johnson was ultimately not unseated by a vote of no confidence, having survived one on June 6 2022, in which 148 of Conservative MPs (41 percent) voted against him. Instead the final catalyst for his departure was the resignations of high profile cabinet ministers Rishi Sunak and Sajid Javid on July 6, followed by a historically unprecedented slew of resignations from a further 60 MPs over the next following three days.

“The party belongs to the members and I want the members to have a greater say. I want to extricate the 1922 Committee from the Conservative party.”

Brexit shock: How the Irish border issue could force the UK to fight its case in court