(Reuters) – More states in the U.S. South and Midwest signaled readiness on Wednesday to reopen their economies in hopes the worst of the coronavirus pandemic had passed, but California’s governor held firm to sweeping stay-at-home orders and business closures.

The patchwork of still-evolving orders across the 50 states meant some Americans were still confined indefinitely to their homes, unable to work, while others began to venture out for the first time in weeks.

“I wish I could prescribe a specific date to say that we can turn on that light switch and go back to normalcy,” California Governor Gavin Newsom, a Democrat, said in his daily remarks to the nation’s most-populous state on the coronavirus crisis.

“We have tried to make it crystal clear that there is no light switch and that there is no date in terms of our capacity to provide the kind of clarity that I know so many of you demand and deserve,” Newsom said.

The governor said that among the steps health officials would need to take before 40 million Californians could return to jobs, schools and stores would be ramping up testing for the virus to 25,000 patients a day.

Newsom said U.S. President Donald Trump, a Republican, had committed to sending 100,000 testing swabs next week and 250,000 the following week.

Health officials in Santa Clara County, California, said on Wednesday the virus appeared to have circulated there in January, weeks earlier than thought, and early deaths were likely mistaken for the flu. [L2N2CA27E]

Michigan Governor Gretchen Whitmer, a Democrat who has faced criticism from conservative activists over her strict stay-at-home policies, said she would announce more details on Friday on her planned reopening of the state’s economy.

Ohio officials said they would soon disclose their plans as well and governors of Midwest states have said they were working together to sketch out a plan for lifting the restrictions. Michigan and Ohio are key electoral swing states that Trump won in the 2016 election.

In Texas, Governor Greg Abbott said he would announce in detail next week preparations to reopen as many businesses as possible in the first week of May.

Georgia, South Carolina and several other Southern states have already begun reopening their economies, facing criticism from some health experts who warn that doing so too quickly could trigger a new surge in cases of COVID-19, the respiratory disease caused by the novel coronavirus.

Trump said, however, that Georgia’s plan to open businesses such as barber shops, nail salons and bowling alleys this week was too soon “and I told the governor that,” he told an evening White House briefing.

According to a model maintained by the Institute for Health Metrics and Evaluation at the University of Washington, which is used by the White House, South Carolina and Georgia should not open until June 5 and June 19, respectively.

“Current trajectories indicate that 12 states may need to wait until at least June 8 or beyond that time,” before meeting the model’s criteria for opening up, it said. 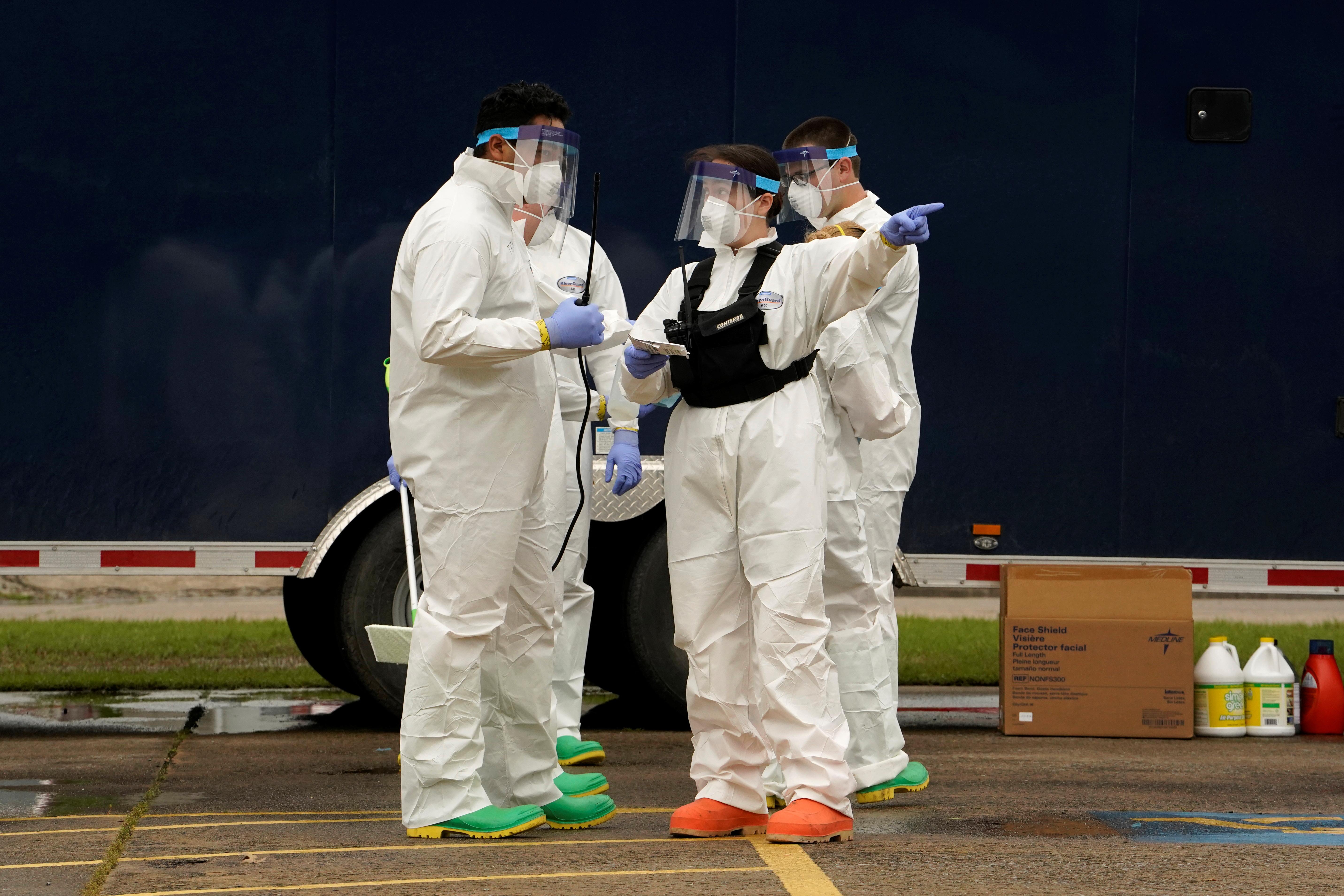 State and local governments previously issued “stay-at-home” or “shelter-in-place” orders affecting about 94% of Americans to try to limit the number of new cases of the coronavirus.

The restrictions have battered the U.S. economy, with mandatory business closures leaving millions of Americans unemployed. Political leaders have engaged in an acrimonious debate over when and how to reopen the economy.

New York Governor Andrew Cuomo, a Democrat who met with Trump on Tuesday, said his state had 474 COVID-19 deaths in the past day, its lowest since April 1, and was showing more signs that the worst was over, including a drop in hospitalizations.

But Cuomo warned of a potential “second wave” if restrictions were relaxed irresponsibly.

“This is no time to act stupidly,” said Cuomo, whose state has been the U.S. epicenter of the pandemic. “More people are going to die if we are not smart.”

Cuomo acknowledged that local officials were feeling political pressure to reopen businesses, but warned against making decisions based on such factors.

“We make a bad move, it’s going to set us back,” Cuomo said, adding that the pandemic was not going away anytime soon.

Federal officials said two cats in New York state had tested positive for the virus, marking the first confirmed cases in pets in the United States. The cats had mild cases and were expected to recover. 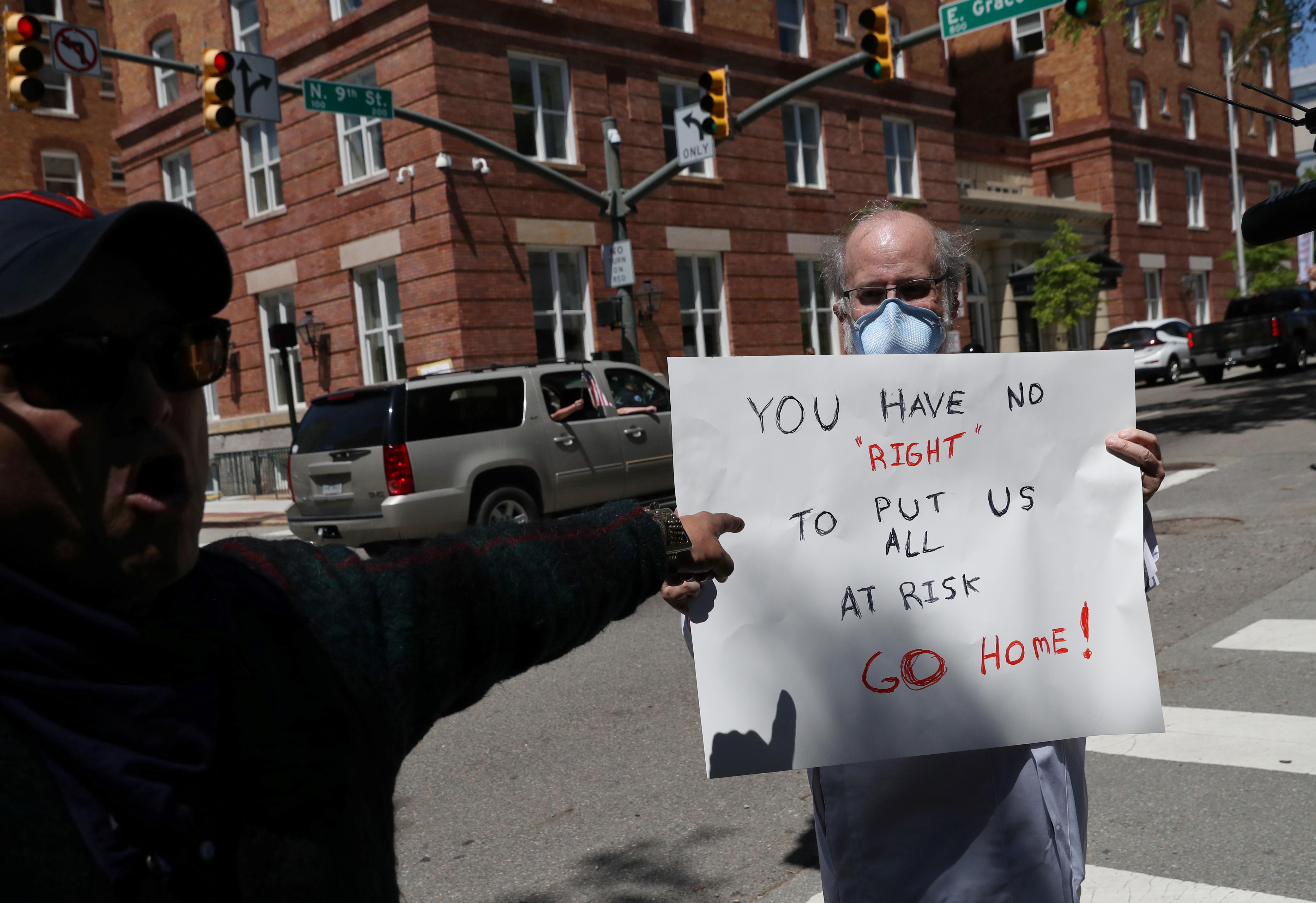 Las Vegas Mayor Carolyn Goodman said she favored reopening her city, a gambling hub, but wanted casinos and other private businesses to sort out safety measures for themselves. She said she believed competition within free enterprise would wipe out any business that contributed to the pathogen’s spread.

The pandemic’s impact on businesses was underscored by Tyson Foods Inc’s announcement it would indefinitely suspend operations at its largest U.S. pork plant, in Waterloo, Iowa, after employees tested positive for the virus and others stayed home out of fear of infection.

Factbox: How each candidate performed in the second Democratic debate