MPs will today try to block a no-deal Brexit in October by paving the way to passing their own law to stop it happening.

The cross-party bid, which rebel Tory MPs say include around 20 from their own party, is being treated as a confidence vote by Number 10.

A government source warned late last night in a briefing with journalists that if Boris Johnson loses he will call for an election on Monday 14 October.

That would give him enough time – if he won the election – to sign a new deal with Brussels at a summit two days later and get it through parliament before the existing Halloween deadline.

The prime minister has insisted he does not want a snap poll, and declared in a short Downing Street speech to the nation that if no-deal is ruled out in fewer than 60 days’ time it will “chop the legs out” from under the UK’s negotiating position with the EU.

Labour’s Hilary Benn is leading the bid to force the government to ask Brussels to delay Brexit if a new deal has not been struck with Brussels or MPs have not approved a no-deal divorce by 19 October.

He has suggested shifting the deadline to 31 January 2020, but the EU would ultimately decide how long the extension should be.

To force the law on to the statute book, MPs are today expected to try to take control of the Commons order paper by overriding the rule only the government can create new legislation.

Up to 21 Tories could join them, after former chancellor Philip Hammond wrote to Mr Johnson on their behalf seeking “reassurances” about a no-deal.

Former foreign office minister Alistair Burt told Sky News that Tory MPs had “given in” to Brexiteer colleagues for the last 30 years but “I’m not going to do it” anymore.

With a majority of just one, the government could be on course to lose that crucial vote later today.

Mr Benn’s bill would then be voted on on Wednesday, and if passed then have cleared its most significant hurdle on the path to becoming law before parliament is suspended in mid-September. 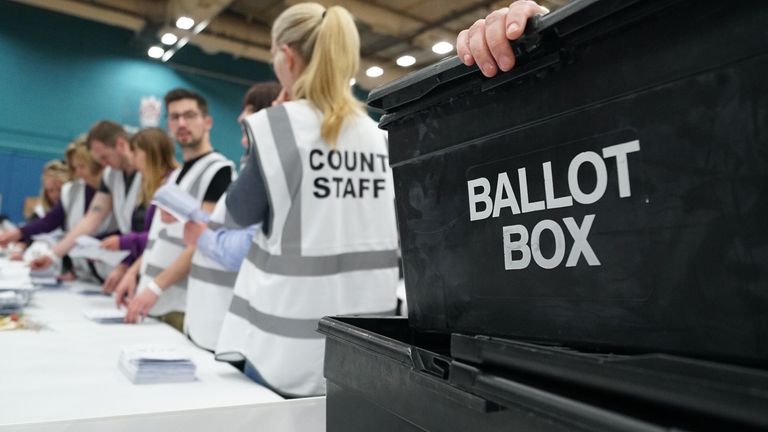 But a government official said Tuesday’s vote would be the real crunch point.

They added if Mr Johnson loses, he will call for a general election – which needs two-thirds of MPs’ backing.

Labour leader Jeremy Corbyn told Sky News on Monday he would back the move under any circumstances.

But some of his MPs said they would refuse if there was a chance Mr Johnson – who controls the timing of a snap election – could hold it on or just after Brexit day, forcing through a no-deal by default.

It came on the same day former Labour prime minister Tony Blair warned the party should not “fall into the elephant trap” of backing an early poll.