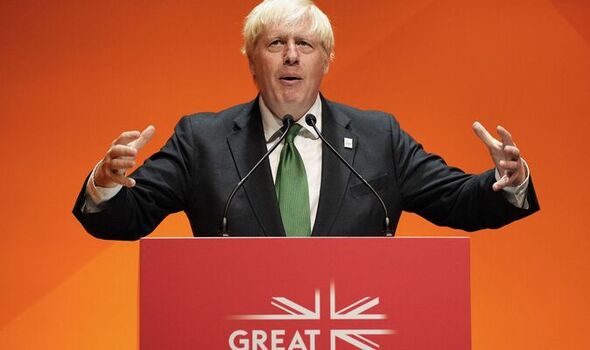 The Culture Secretary, a Johnson loyalist, admitted to being “bitterly disappointed” by the ministerial revolt that cut short his premiership. She also revealed that the Prime Minister had told her he wanted a campaign by Tory activists to reinstate him in Downing Street halted.

Ms Dorries, who is backing Liz Truss in the Tory leadership race, said: “I am bitterly disappointed that Boris Johnson was removed by a ruthless coup, as he was, led largely by Rishi Sunak.”

Asked about a petition to get Mr Johnson’s name on the ballot going to Tory members, she said the Prime Minister told her: “Tell them to stop, it’s not right.”

She said: “They were his words, his exact words.”

Ms Dorries defended her attack on Rishi Sunak’s expensive attire and said she had warned that a contest to replace Boris Johnson would “unleash the hounds of hell”.

She told BBC Breakfast: “Removing a sitting Prime Minister who won us an 80-seat majority less than three years ago, who took us through Covid and led the world in the response to the war in Ukraine – defenestrating that Prime Minister was never going to be a clean or easy thing for anyone to do.

“It was always going to have repercussions. I think I said at the very beginning we kind of unleashed the hounds of hell in doing that.

Asked about her recent disparaging remarks about Mr Sunak’s upmarket taste in clothes and shoes, Ms Dorries said: “Judgement is a huge issue. We are facing a cost-of-living crisis.”

She also dismissed a report that she might consider giving up her relatively safe seat so Mr Johnson does not have to defend his more marginal Uxbridge and South Ruislip constituency. Ms Dorries said the claim was “100% nuclear grade tosh”.