Serving personnel in the Army, Navy and RAF who are based at bases across Scotland including HM Naval Base Clyde, home to Britain’s nuclear deterrent and hunter-killer submarines and RAF Lossiemouth, home to half of the UK’s Typhoon force and submarine hunting maritime patrol aircraft must pay higher rates of taxes in Scotland than English counterparts. MoD figures show 7,000 servicemen and women received payments ranging between £12 to £2,200 with an average payment of £850 to combat the differences set by the SNP led Scottish Government.

However, Scots only pay more than their English counterparts if they earn above £27,000 a year. 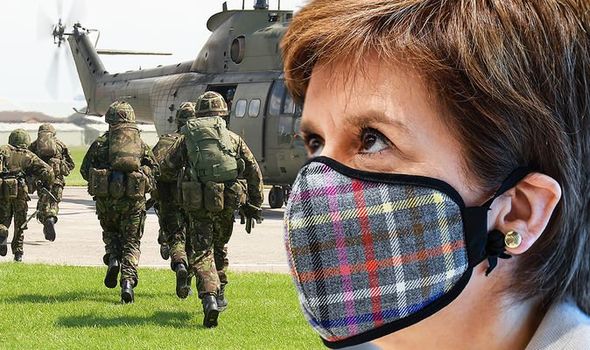 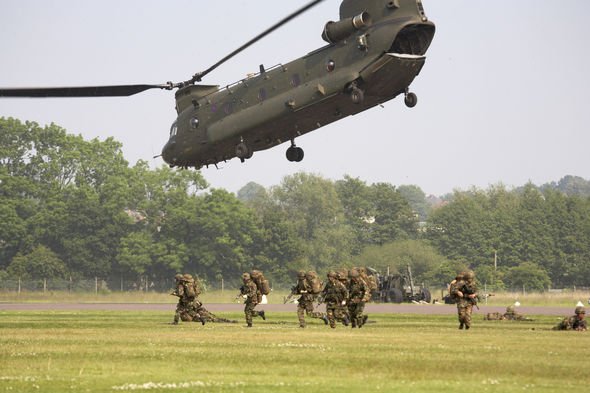 This means an officer on a salary of £48,000 would pay £1,073 more in Scotland than in England for example under the punishing scheme.

Baroness Goldie, Minister of State for Defence said all members of the Armed Forces should be “treated equally and fairly” across the UK.

She added: “We want to reassure our brave troops that they won’t be penalised for simply doing their duty by having to pay the SNP’s higher taxes and they will be properly compensated in their pay slips each year.” 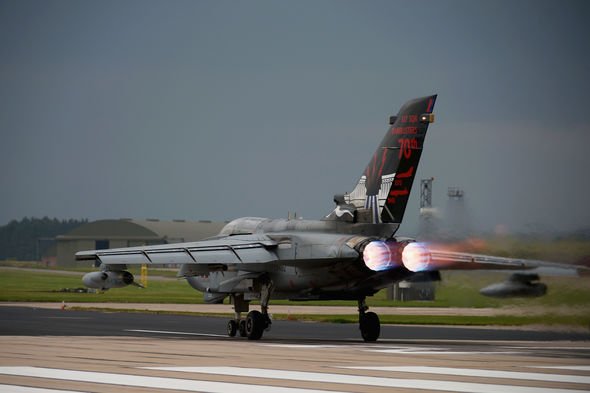 Liz Smith MSP, Scottish Conservative finance spokesman, added: “This compensation from the UK Government is very welcome because it’s not right that Armed Forces personnel serving in Scotland earn less than their colleagues doing exactly the same job elsewhere in the UK.

“Over these last 15 months, our Armed Forces have stepped in to perform tasks essential to the handling of the pandemic.

“In particular, they deserve our utmost thanks for their efforts in the UK vaccination scheme, alongside NHS staff and volunteers, and it’s fantastic that the UK Government has ensured they are compensated fairly.”

At the Holyrood election, the party pledged in their manifesto to use Holyrood’s devolved welfare powers to introduce top-up payments for former military personnel in “greatest need”, as well as giving them assistance in getting on the housing ladder. 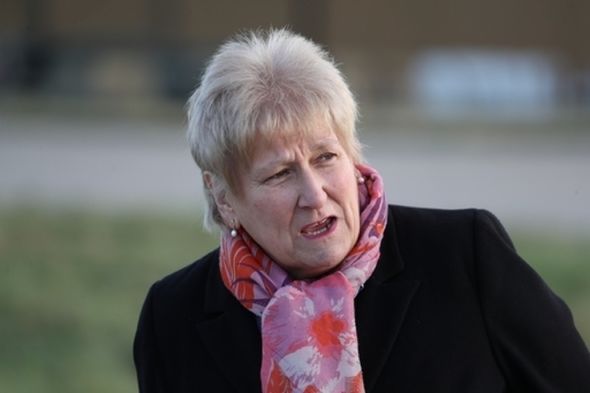 Leader Douglas Ross said Scotland should become a country “fit for heroes” with a series of measures to help the country’s veterans, as well as the measures put in place by the MoD for serving personnel.

The shocking figures come ahead of Armed Forces Week, a week of celebration to mark the importance of the British military.

U.S. housing chief says he will likely step down in 2020: Newsmax