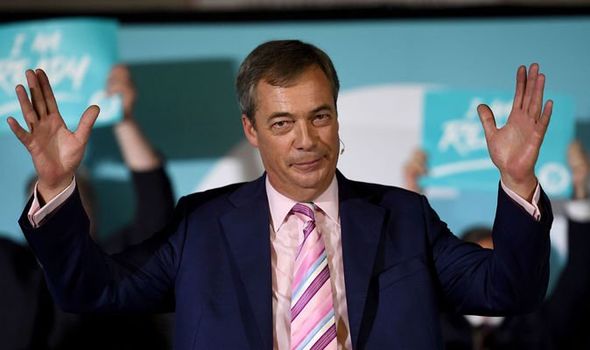 Peggy Grande, who worked as executive assistant to US President Ronald Reagan from 1989 to 1999, also said there were striking parallels between opposition to the implementation of the result of the 2016 referendum, and opposition to Mr Trump in the wake of his election victory of the same year. Ms Grande is the chairwoman and founder of a campaigning group called World 4 Brexit, which aims to draw attention to the fact the UK has still not left the European Union, more than three years after the vote.

With frantic negotiations ongoing in a bid to hammer out a deal in advance of tomorrow’s European Council meeting, Mr Johnson has identified a wide-ranging deal with the US as key once the UK leaves the bloc.

Mr Farage, who Ms Grande knows personally, famously visited Mr Trump in Trump Tower after he defeated Hillary Clinton – and she suggested the association could be invaluable in smoothing the way for a bumper free trade agreement between the two nations.

Ms Grande added: “Nigel Farage’s relationship with Donald Trump is an added bonus, but without the appropriate governmental agencies and officials involved a deal cannot be hammered out or binding.

“That being said, Prime Minister Johnson will have a hard time putting together a government without the support of the Brexit Party and Nigel Farage – he just doesn’t have the numbers.

“Nigel has graciously made it know to Boris Johnson that if he continues down the path toward a full and complete Brexit on October 31 that he will be in full support, and will have his party fully support him as well. 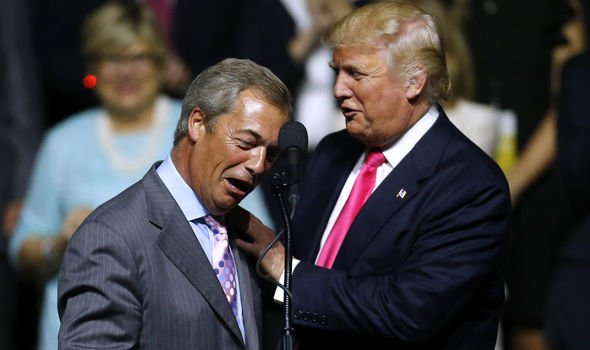 “If not, then Nigel and the Brexit Party will continue to press for and advocate the expressed will of the people in 2016 and push toward exiting the EU as soon as possible.”

Ms Grande sees resistance to Mr Trump after his victory, and to attempts to implement the referendum result, as part of a wider tendency.

She explained: “Even beyond our two countries though we see a dangerous trend globally that continues to transfer power out of the hands of the people and into the hands of powerful elites.

“While this has long been practised in much of the non-democratic world, it is frightening to see it happening in long-standing democracies like the United Kingdom and the United States.

“It is a reminder that we need to be vigilant in protecting our liberties before they are taken from us. It’s much more difficult, as we are seeing now, to recall freedoms than to preserve them in the first place.”

Ms Grande said she was not surprised by the “insatiable appetite for power and control” she said was being demonstrated by the EU. 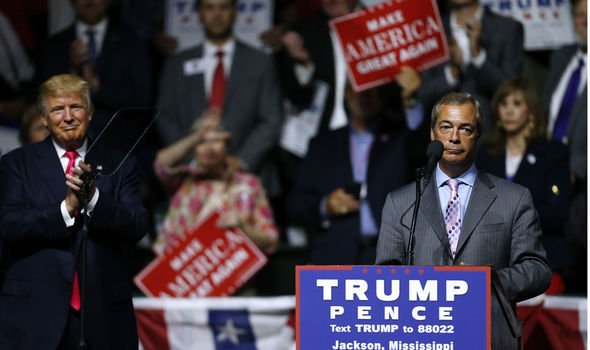 She added: “What began as a simple common market trading agreement has evolved into a surrender of courts and borders and trade and immigration and fishing waters – in essence, surrender of national sovereignty.

“The slippery slope to surrender was paved with promises and incentives which have increasingly cost the UK both monetarily and in loss of political power.

“And it all has been surrendered to appointed, not elected bureaucrats who exist to promote their own agenda, not that of the British people.

“Yet the system doesn’t allow for the voters to have any say in the EU, so they increasingly are ignored, as we see in the failure to implement the fair and free vote of the people in 2016 to Leave the EU.”

Ms Grande was likewise unsurprised by the introduction of the Benn Act, which seeks to prevent the UK leaving without a withdrawal agreement at the end of the month. 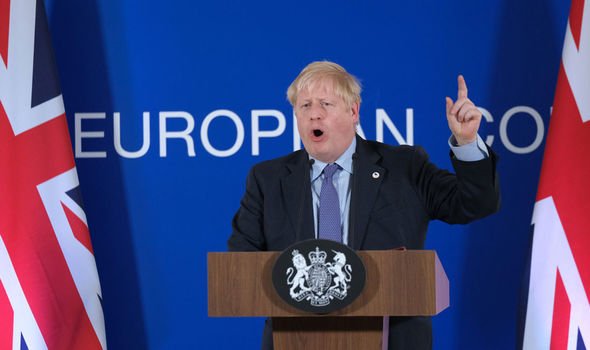 She explained: “When they can’t win on ideas and their agenda doesn’t align with that of the people they are elected to serve, they flex their political muscle and make – or create – unilateral decisions that will allow for the outcome they prefer.

“The political theatre on display right now on both sides of the pond is both frustrating and disgusting to the people in their respective countries.

“We send people to Congress – or Parliament – to represent We The People, not for their own personal gain or political motivations.

“Elections have consequences so the electorate needs to be informed, engaged, involved, and motivated to get to the polls and make their voice heard.

“The ballot box is still the great equaliser as we saw in 2016 with the Leave vote and the election of Donald Trump – both in direct contrast to the narrative in the media and that being espoused by the elite class.”