The dramatic move comes amid Tory fears of a civil service mole trying to sabotage the Government. It was revealed in a series of leaked texts that Mr Johnson had promised Sir James he would “fix” a tax rule so the entrepreneur’s staff could help make ventilators for the NHS. No.10 had initially said there would not be a probe into how the texts were made public. But yesterday it announced an internal inquiry, led by the Cabinet Office.

The PM’s official spokesman told a Westminster briefing: “The position has changed from yesterday… as usual, we keep things under review and we have now decided to undertake this internal inquiry.”

He confirmed the probe will examine the source of leaks of Mr Johnson’s private communication “as related to this issue of Dyson”.

The BBC reported the texts were exchanged last year after the businessman failed to get an answer to a letter he had sent to the Treasury.

Sir James – who has recently changed his main address in business filings from Singapore to the UK – wanted to be sure his staff would not have to pay extra tax if they travelled to Britain to work on the ventilators.

When he did not receive a reply, he took the matter up with the PM. In one text he said his firm was ready but “sadly” it seemed no one wanted it to proceed.

Mr Johnson replied: “I will fix it tomo! We need you.”

The PM then texted Sir James again and referred to Chancellor Rishi Sunak, saying: “Rishi says it is fixed!! We need you here.” 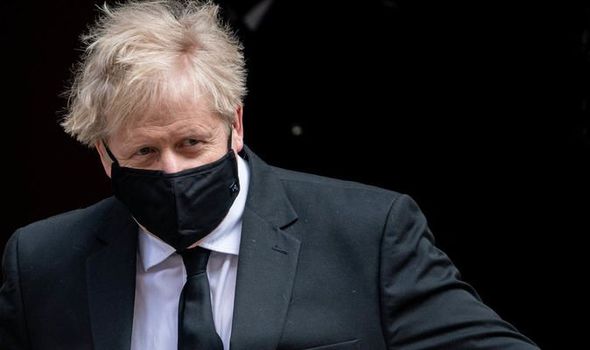 Two weeks later, Mr Sunak told the Commons Treasury Committee that the tax status of people who came to the UK to provide specific help during the coronavirus pandemic would not be affected.

Downing Street said it will publish correspondence between Mr Johnson and Sir James “shortly”, after the PM told the Commons he was “happy to share all the details”.

Sir James said in a statement: “When the Prime Minister rang me to ask Dyson to urgently build ventilators, of course I said yes.

“We were in the midst of a national emergency and I am hugely proud of Dyson’s response – I would do the same again.”

He added: “Not one penny was claimed from any Government, in any jurisdiction, in relation to Covid-19.”

Labour says the messages are part of a pattern of government “sleaze”.

They emerged as the Government faces allegations of “cronyism” after a string of reports about former Prime Minister David Cameron lobbying for his employer, Greensill Capital.