WASHINGTON (Reuters) – President Donald Trump will travel to North Carolina next month to rally voters on the eve of a do-over of a 2018 congressional race that both parties expect to be close, with implications for Trump’s re-election bid and lawmakers campaigns in 2020.

Normally there would be little suspense over who would win the special election in the state’s 9th congressional district on Sept. 10. The area has elected Republicans to U.S. Congress for decades, and Trump won the presidential vote there in 2016 by nearly 12 percentage points.

But both political parties say they expect the House contest to be close after Democratic candidate Dan McCready lost by a slim margin last year before state officials ruled that the election was tainted by an absentee-ballot fraud scheme that benefited his Republican opponent, Mark Harris.

After a re-run was ordered, millions of dollars in campaign spending have poured into the district as both parties look for a victory to help set the tone for their prospects in 2020.

Republicans want a win in North Carolina to launch a national comeback campaign for the House, which they lost to Democrats last year. Harris decided not to run again and their current candidate, conservative state senator Dan Bishop, has embraced Trump and his policies.

Democrats would consider a victory by McCready, a small businessman and U.S. Marine Corps veteran, a powerful signal that they can make further inroads into “Trump country.”

The voting could also be a barometer of Trump’s political standing in the battleground state, analysts say. The president has tweeted his backing for Bishop and heads to Fayetteville, North Carolina, to rally the Republican base on Sept. 9.

North Carolina’s 9th district includes suburban areas of Charlotte that have voted Republican in the past but are becoming more competitive, Bitzer said. The district reaches east through more solidly Republican rural regions to Fayetteville.

“It feels like a Republican should win, but you’ve got these external forces, primarily the president, that could have a potential impact on it,” said Bitzer.

A Republican loss, or even a win of just one or two points, would not bode well for other Republicans campaigning for Congress next year, Bitzer said.

‘A PAGE OUT OF TRUMP’S PLAYBOOK’

McCready, 36, has focused his campaign on the core Democratic issue of healthcare, as well as education and the pay of North Carolina teachers. On Wednesday, he drew the endorsement of Democratic presidential front-runner Joe Biden.

Bishop’s campaign says the most important issues are taxes, the economy and immigration. Bishop, 55, sponsored a 2016 measure in the state legislature restricting public restroom access for transgender people. The law was later repealed.

During a televised debate on Wednesday night, the candidates sparred on gun control, healthcare, the trade war with China and immigration.

Bishop defended Trump’s call for a border wall and hammered a decision by some North Carolina sheriffs, including that of the district’s Mecklenburg County, to limit their cooperation with federal immigration authorities.

McCready said it was wrong for Bishop to “play partisan political games with … law enforcement.”

A whopping $9 million has been spent on the campaign, about two-thirds of it by outside groups such as party committees and super PACs, the nonpartisan Center for Responsive Politics said.

One ad attacks Bishop for his $500 crowdfunding investment two years ago in a social media website, Gab.com, that became a popular gathering place for alt-right activists and white nationalists. The ad was launched by a group called Stand Up Republic, founded by Evan McMullin, a former Republican who ran for president as an independent in 2016. 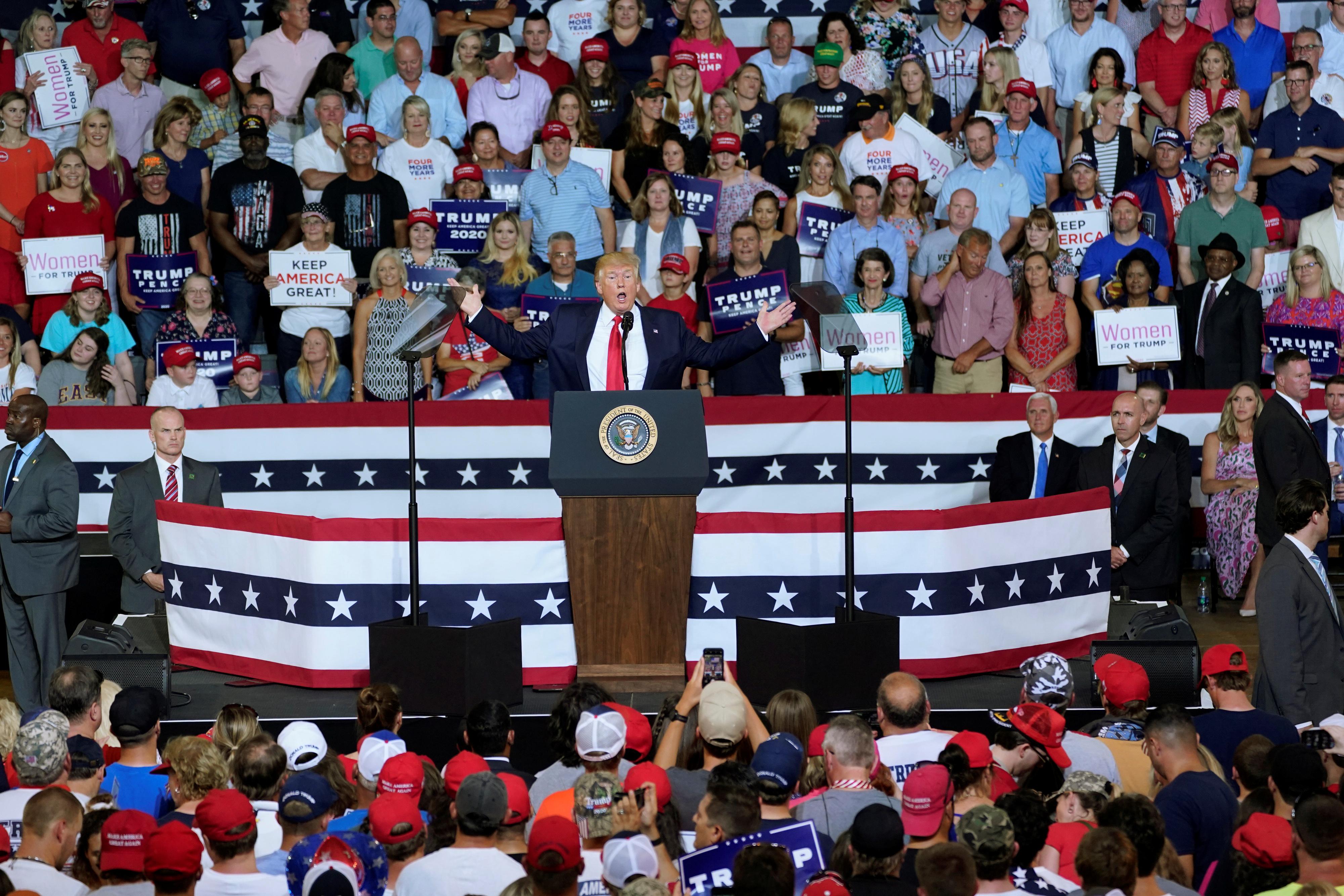 Bishop has acknowledged his investment in Gab.com, but his campaign spokeswoman Jessica Proud called the ad slanderous. “Dan Bishop clearly and forcefully denounced white supremacists, and they know it,” she said.