Home » Politics » One false move, Boris! Barnier warns talks will be DOOMED if No10 submits bill next week

The Brussels diplomat is worried Downing Street’s Finance Bill will contain clauses that breach the terms of Northern Ireland Protocol. He was already left infuriated earlier this when No10 tabled legislation that handed ministers the powers to rip up sections of the Withdrawal Agreement relating to Northern Ireland. Mr Barnier made the warning during a video call with EU27 ambassadors this morning ahead of another day of trade talks in London.

The Frenchman said the wrangling over the future UK-EU relationship was still deadlocked because of disagreements over post-Brexit fishing rights and common standards.

Downing Street has yet to decide on a timetable for publishing its UK Finance Bill.

It is expected to contain further clauses that breach last year’s Withdrawal Agreement.

There has, however, been some suggestion that the legislation could be rewritten depending on progress in the trade talks. 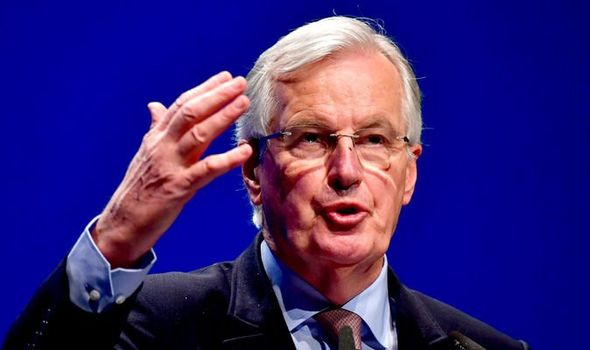 It is currently said to contain clauses that provide ministers powers to unilaterally declare what goods sent from Great Britain to Northern Ireland are deemed “at risk” of entering the EU’s single market.

Under the terms of the Northern Ireland border fix, the EU and UK must come to a joint agreement on what goods should incur trade tariffs when shipped to the region.