Rishi Sunak and Liz Truss clashed in the TV showdown hosted by the broadcaster last night. But former Brexit Party leader Mr Farage hit out at the corporation for not mentioning immigration during the debate.

The GB News presenter tweeted: “Should we congratulate the taxpayer-funded BBC for completely outdoing themselves on this debate?

“Not a single mention of illegal immigration, or the record numbers of legal migrants either.

“The whole Westminster system is out of touch.”

Former MEP Patrick O’Flynn also criticised the broadcaster for not including immigration in the debate. 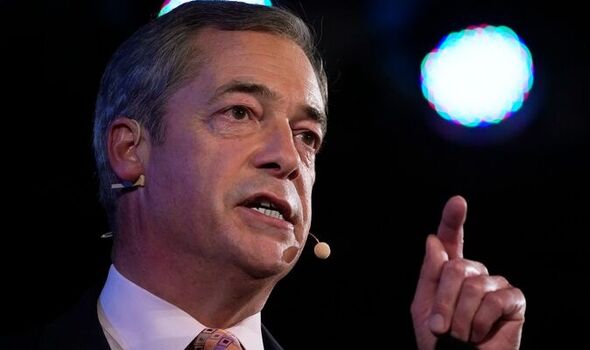 He said on Twitter: “Why did the BBC decide that immigration wasn’t an issue that deserved to be debated tonight?

“Story selection is at the heart of BBC bias.”

However, former BBC journalist Jon Sopel hit back insisting an hour was not long enough to cover all topics.

Mr Sopel tweeted: “Or why did the BBC decide that the impact of Brexit wasn’t an issue that deserved to be debated tonight?

“Maybe over the course of an hour, you can’t debate everything.

“And nothing to do with bias.”

The BBC also came under fire for focusing on the price of Ms Truss’s jewellery and Mr Sunak’s clothes amid reports the Foreign Secretary had £4.50 earrings from Claire’s Accessories while the former Chancellor donned a £3,500 bespoke suit.

Journalist Steven Edginton tweeted: “Why is the BBC obsessed with a Tweet about earrings and the non-question of whether Boris would be in a future government? 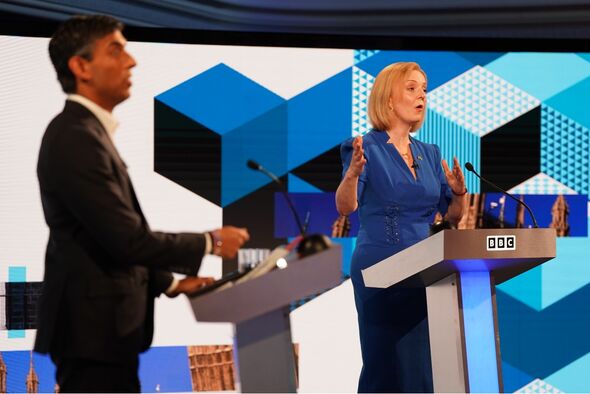 “This is a good debate from the candidates despite awful questions from the BBC.”

Guido Fawkes reporter Christian Calgie said: “Thank goodness the BBC got all the silly stuff like clothes, schools and Boris.

“Now TalkTV and the Sun can use tomorrow’s debate to ask the serious stuff.”

It comes as the blue on blue attacks intensified in Monday night’s clash between leadership hopefuls Ms Truss and Mr Sunak.

A snap poll by Opinium, based on a sample of 1,032 voters, found 39 percent said the ex-Chancellor had come out on top compared to 38 percent for the Foreign Secretary.

With postal ballots set to arrive on Tory members’ doorsteps by August 5, Mr Sunak was under pressure to use the BBC debate and another hosted by TalkTV and the Sun on Tuesday to make an early breakthrough.

The pair clashed on the BBC after a weekend that saw allies of the two Tory leadership hopefuls trade increasingly personal attacks.