Pope Francis wears a face mask during ceremony in Rome

Bishop Marcello Semeraro, Prefect of the Congregation for the Causes of Saints, called on Pope Francis to recognise in June “the heroic virtues” of Robert Schuman, who will then obtain the title of “venerable”. Recognition of heroic virtues precedes beatification, which requires a miracle.

It then takes a second miracle to obtain the status of “saint”.

French Robert Schuman was one of the founding fathers of European construction, animated by a deep but discreet Catholic faith.

The highlight of his political career dates back to a declaration of May 9, 1950, announcing the French project to create the European Coal and Steel Community, which established the first act of European construction.

“It is no longer a question of empty words, but of an act, a bold act, a constructive act”, underlined Robert Schuman, then French Minister of Foreign Affairs. 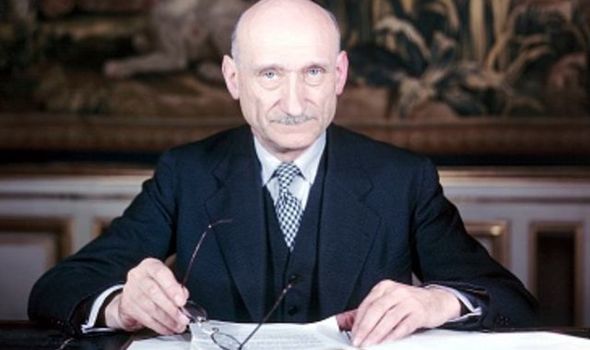 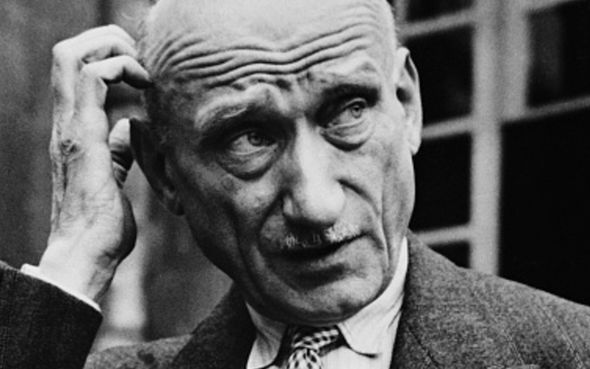 This “daring” act was to propose to Germany, only five years after its capitulation, to create a space of peace in Europe.

He said: “Europe will not be built all at once, nor in an overall construction: it will be built through concrete achievements, first of all creating de facto solidarity.”

The treaty was then signed on April 18, 1951 by Germany, France, Italy, Belgium, Luxembourg and the Netherlands.

Calls for his beatifications have, however, sparked a huge backlash in France.

Generation Frexit leader Charles-Henri Gallois said the move would be “ridiculous and unworthy”.

Eric Noirez, also of Generation Frexit, said: “In 1945, he came close to national indignity for having been a member of the Vichy government.

“Eurofanatism has reached a truly astounding degree of delirium.” 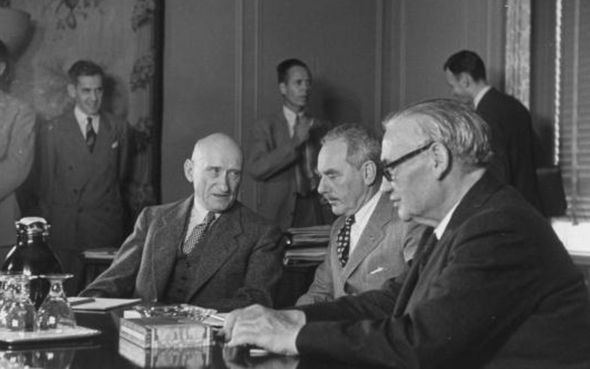 The leader of Les Patriotes, Florian Philippot, echoed: “The Europeanist sect will be delighted with the beatification of its ‘founding father’ Robert Schuman (he also voted full powers in Pétain and was struck with national indignity at the liberation …).

“Everyone has the heroes they can!”

“The EU is sick, totally sick.

“Those who like this info are either totally ignorant or the origin of this request.”

And another: “They are completely siphoned off.”

And another: “We thought that the EU was a totalitarianism … in fact, it is more of a sect.”

Someone else said: “Argument no.4768 to get rid of the EU as quickly as possible.”

Robert Schuman was elected after the First World War deputy for Moselle and in March 1940 became Under-Secretary of State for Refugees.

Deported to Germany in September 1940, he escaped.

He was also post-war Minister of Finance, representative of France to the UN, and Minister of Justice.

‘Takes two to tango!’ EU hits back after Boris Johnson says Brussels MUST back down