Thousands of protesters took part in the pro-EU march which finished outside Parliament. Organisers insist more than one million people attended the demonstration but the group has previously come under fire for exaggerating numbers. Tory MP Marcus Fysh branded the march a “propaganda exercise”.

He told The Telegraph: “They’ve obviously developed this march as a propaganda exercise so I wouldn’t be surprised if they had overestimated their turnout figure.

“Let’s be honest – they are marching against democracy and the implementation of a democratic referendum result.

“They are trying to set up a second vote where Remain is on the ballot. A ‘final say’ is not what they want – they want to reverse the result.

“This is a putsch that is going on this week.” 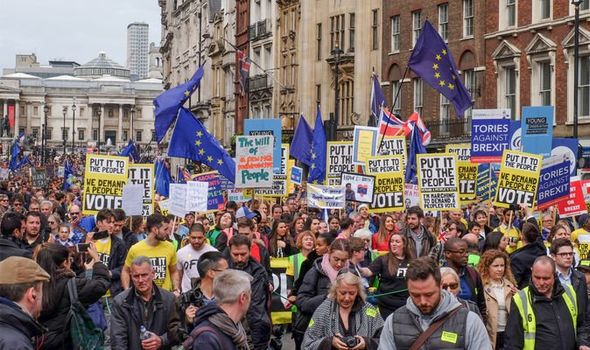 Brexiteer Tory Peter Bone added: “I’m not really sure it can be called a People’s March – it’s hardly a march and more of a social gathering.

“I very much doubt the turnout figure is correct given they got their numbers wrong before.

“There were 17.4 million people who voted to leave the EU, so the protesters don’t represent the country as a whole.”

Yesterday speaking at a rival pro-Brexit march Nigel Farage also dismissed the People’s Vote demonstration as “not the majority”.

The former UKip leader insisted “middle England is with us” as he joined the Brexiteer march on its way through Nottinghamshire.

He said: “Oh absolutely. It’s the same story. In many ways, this march and the size of it and the type of people taking part, compared to what is happening in London today, it’s all very emblematic.

“All the way through this, it’s been people like me fighting on behalf of the little people against the big battalions. 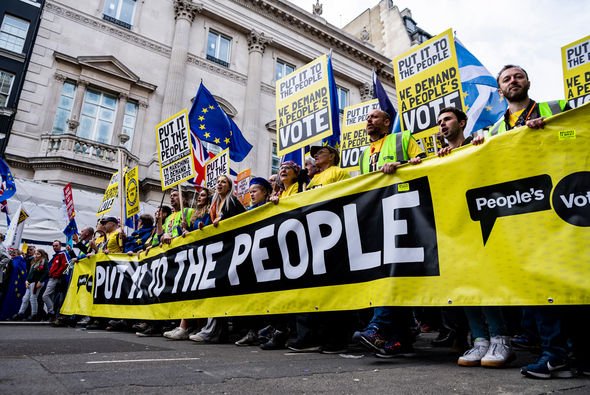 “It certainly isn’t with career politicians who have lied and cheated on this issue.”

But authorities later revealed their estimate to be much lower at 250,000.

Saturday’s Put it to the People march kicked off in Park Lane at midday. 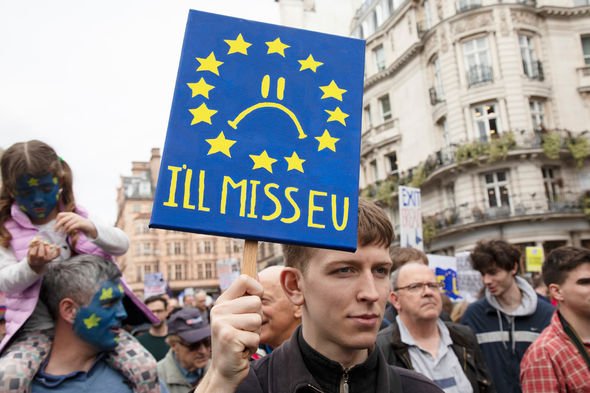 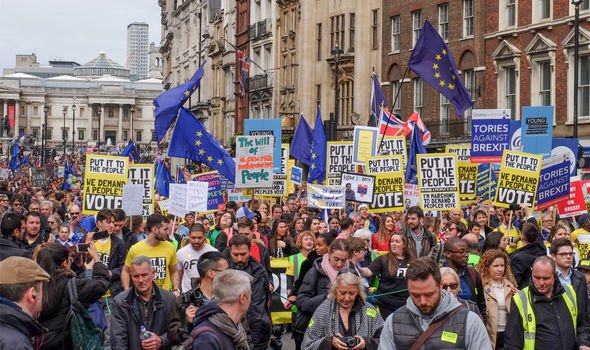 When they reached Parliament Square, politicians including arch-Remainer Anna Soubry and mayor of London Sadiq Khan addressed the crowds.

A series of video messages from celebrity Remainers including Stephen Fry, Gary Lineker and Delia Smith were also played. 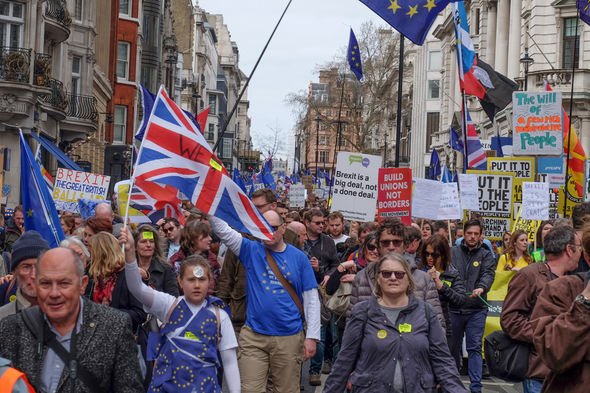 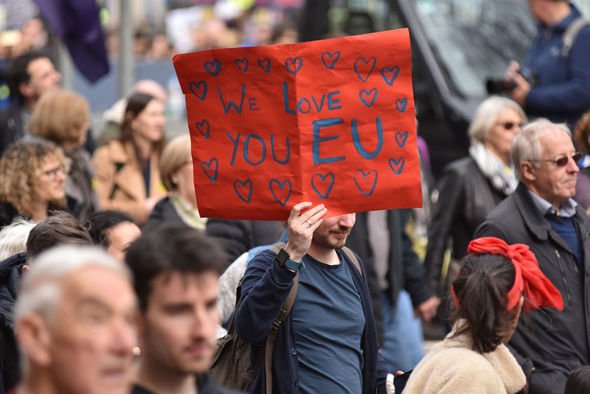 People’s Vote insisted the march was one of the biggest in British history.

A spokesman said: “Our estimate is based on professional expert advice and whatever the exact number, there can be no doubt that this ranks as one of the greatest protests – possibly the biggest ever – that this country has ever seen.

“We have no doubt that this march is bigger than the last with our early estimate putting the size of the crowd at around 1 million.”