Home » Politics » POLL: Is it time for Boris to resign? And who should replace him as PM?

In resignation letters published just ten minutes apart, Sajid Javid and Rishi Sunak bowed out of Boris Johnson’s embattled Government. In the letters, Mr Johnson was told he had “lost the confidence” of his Health Secretary, while his Chancellor said he was “sad to be leaving…but we cannot continue like this”.

These resignations will come as a huge blow to the Prime Minster’s premiership, already facing immense pressure from the House and the wider public over numerous scandals and sleaze allegations.

They come on the heels of the latest accusations levelled against Mr Johnson regarding the appointment of former Deputy Chief Whip Chris Pincher, who was suspended last week amid a slew of allegations of sexual harassment.

Mr Johnson said on Tuesday he acknowledged appointing Mr Pincher was “a bad mistake” given complaints made against the MP in 2019, which were brought to the Prime Minister’s attention at the time.

Speaking to the BBC, he admitted he’d been made aware of the issue after initially denying any recollection of what a former top civil servant described as an “in-person” briefing.

Mr Johnson said: “I bitterly regret the decision not to…intervene”, adding that appointing Mr Pincher in February this year “was the wrong thing to do”. 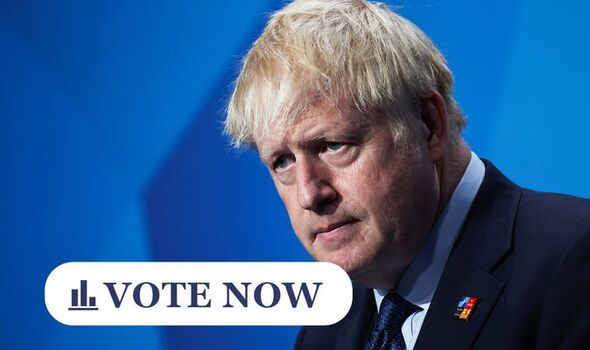 He added: “There is no place for anyone in this Government who abuses power.”

But despite the Prime Minister’s attempts to clear the air with a rare in-person interview off the cuff – in which he said he was “fed up with people saying things on my behalf” and wanted to set the record straight – the double blow of senior resignations put Mr Johnson’s continued premiership in great peril.

Writing in an emotional resignation letter, Mr Javid said: “I am instinctively a team player but the British people also rightly expect integrity from their Government.

“The tone you set as a leader, and the values you represent, reflect on your colleagues, your party and ultimately the country.”

He went on: “Sadly, in the current circumstances, the public are concluding that we are now neither.

“The vote of confidence last month showed that a large number of our colleagues agree. It was a moment for humility, grip and a new direction. I regret to say, however, that it is clear to me that this situation will not change under your leadership – and you have therefore lost my confidence too.”

While Mr Sunak wrote: “The public rightly expect Government to be conducted properly, competently and seriously…I believe these standards are worth fighting for and that is why I am resigning”.

He added: “In preparation for our proposed joint speech on the economy next week, it has become clear to me that our approaches are fundamentally too different.

So what do YOU think? Is it time for the Prime Minister to resign? And who should replace him? Vote in our poll above and join the debate in the comments below.