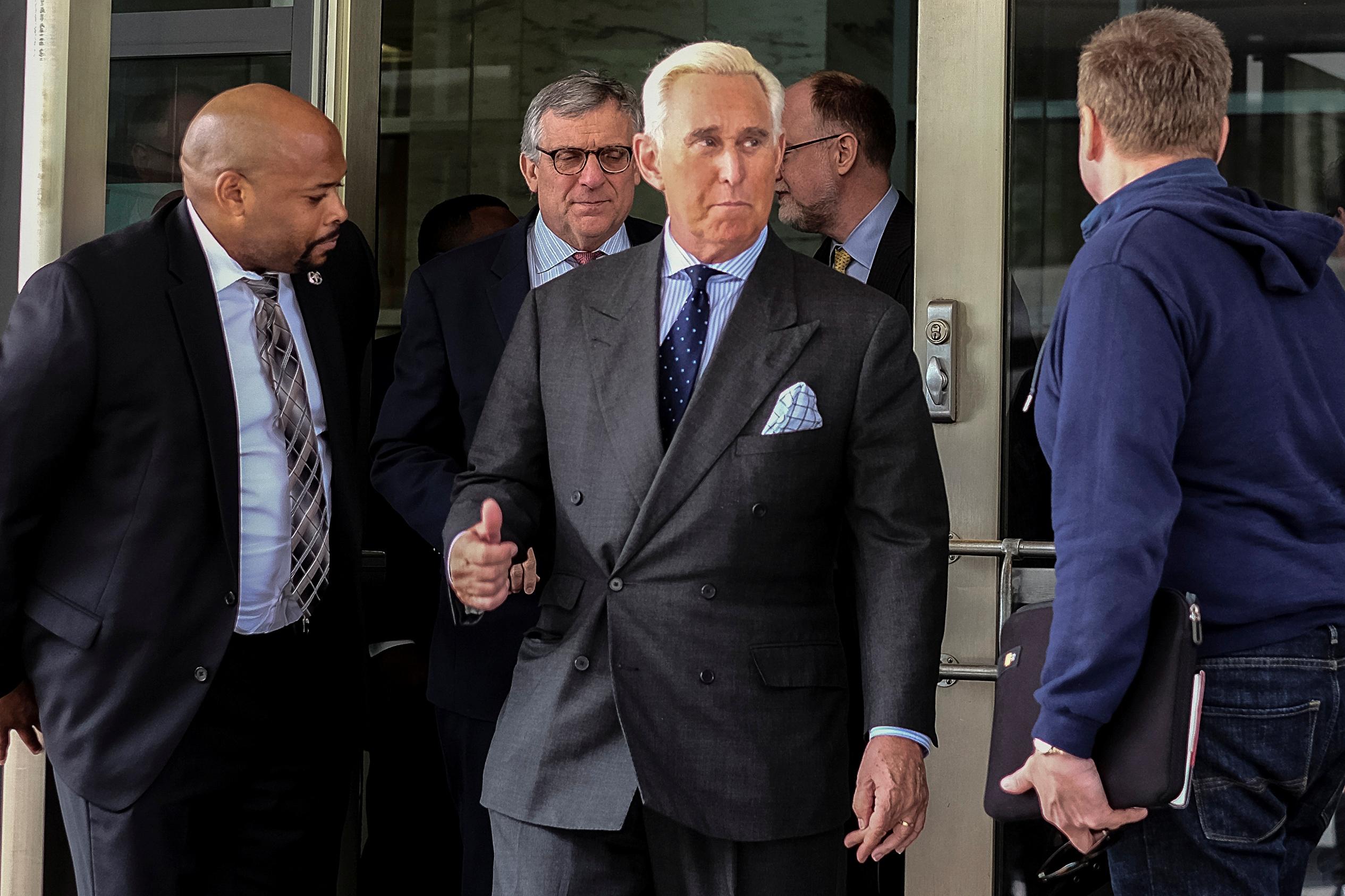 “The government does not intend to provide that portion of the report to counsel for Mr. Stone absent an order of the court to do so,” prosecutor Jonathan Kravis told U.S. District Judge Amy Berman Jackson during a hearing in the case due to go to trial on Nov. 5.

Jackson said she understood why Stone should not get a copy of the entire report but raised questions about why he might not be entitled to parts that relate to him directly, especially because some already is in the public version of the report.

“We’re in a situation where 500 pages of analysis has been made public,” the judge said. “Is there a different standard that applies once that door is open?”

Mueller’s investigation led to criminal charges against 34 people including Stone, a self-proclaimed Republican political “dirty trickster” who pleaded not guilty in January to seven counts including lying to Congress, obstructing an official proceeding and witness tampering.

Attorney General William Barr on April 18 released a version of Mueller’s report with portions blacked out to protect certain types of sensitive information.

The U.S. Attorney’s Office for the District of Columbia has taken over handling Stone’s case from Mueller.

Stone’s attorneys have asked the judge to order the prosecution to provide an unredacted copy of Mueller’s report, saying in a court filing that it “contains the government’s evidence and conclusions on matters essential to Stone’s defense.”

Democrats in the U.S. House of Representatives separately have subpoenaed the Justice Department for an unredacted copy.

Kravis told Jackson during the hearing that Stone is not entitled to receive an unredacted copy, even for portions related to his case. The prosecutor said redacted parts concerning the Stone case “relate to mental impressions and conclusions of government attorneys” that are exempted from disclosure rules.

A more detailed response opposing Stone’s request will be filed with the court on Friday, Kravis said.

Stone also is seeking to have his indictment thrown out on a number of legal grounds including constitutional arguments and because he was not charged with an underlying crime of conspiring with the Russian government. His attorneys are expected to present arguments for dismissing the case at a May 30 hearing.

Mueller’s report detailed numerous contacts by Trump’s campaign with Russia and that the campaign expected to benefit from Moscow’s actions, but found insufficient evidence of a criminal conspiracy.