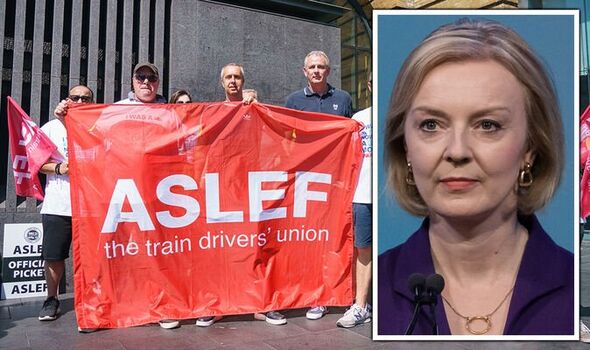 Rail union bosses will cause severe disruption to the Conservative party conference next month after announcing fresh strike action.

Drivers at 12 train operators will walk out on October 1 and 5.

It means there will be limited transport to and from Birmingham the night before the Tory party and members are due to meet, and on the day that the conference ends.

No strikes are planned on the rail lines the week before when the Labour Party will gather in Liverpool for its conference.

It is the latest action taken by the unions in a now months-long dispute over pay.

Rail workers walked out on a number of occasions over the summer to demand a higher increase in salary than the four percent currently on offer.

The drivers’ union Aslef has said it will not be making any comment until after the Queen’s funeral next week.

A strike was originally due to take plan on September 15 but was called off as a mark of respect following the death of Her Majesty.

The Department for Transport is also not commenting due to the period of national mourning.

However, a spokesman for the department previously accused union leaders of “choosing self-defeating strike action over constructive talks, not only disrupting the lives of millions who rely on these services but jeopardising the future of the railways and their own members’ livelihoods”.