The ex-Chancellor, who was one of the key figures issuing messages to the public at the daily press conferences during the crisis, said it had been “wrong to scare people”.

Mr Sunak said the scientists were given too much power during the pandemic.

And he criticised the Sage committee of experts, saying “if you empower all these independent people, you’re screwed”.

In an interview with The Spectator magazine, Mr Sunak distanced himself from the pandemic strategy he had been at the heart of.

He said the government “shouldn’t have empowered the scientists in the way we did”.

Mr Sunak added: “If you empower all these independent people, you’re screwed.” 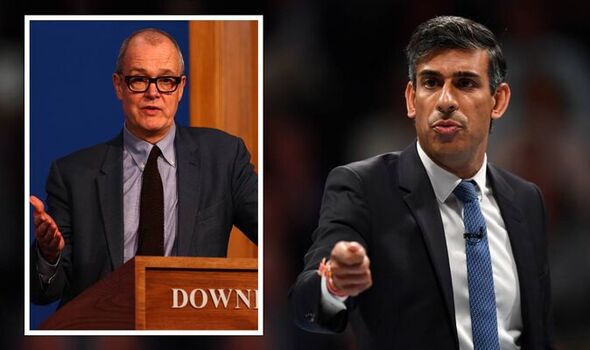 He said there was never a cost-benefit calculation about the impact lockdowns would have.

“I wasn’t allowed to talk about the trade-off,” he said.

“The script was not to ever acknowledge them. The script was: oh, there’s no trade-off, because doing this for our health is good for the economy.”

Mr Sunak said the government drummed up support among the public for lockdowns.

“We helped shape that: with the fear messaging, empowering the scientists and not talking about the trade-offs,” he said.

“We didn’t talk at all about missed [doctor’s] appointments, or the backlog building in the NHS in a massive way. That was never part of it.”

He said his attempts to raise concerns went nowhere.

“Those meetings were literally me around that table, just fighting,” he said.

“It was incredibly uncomfortable every single time.”

At one meeting about education he was “very emotional”.

“I was like: ‘Forget about the economy. Surely we can all agree that kids not being in school is a major nightmare’ or something like that. There was a big silence afterwards. It was the first time someone had said it. I was so furious.”

Mr Sunak said Sage (Scientific Advisory Group for Emergencies) experts did not realise for a “very long time” that there was a Treasury person on all their calls.

The person listening in would tell him: “Well, actually, it turns out that lots of people disagreed with that conclusion”, or “Here are the reasons that they were not sure about it.”

Mr Sunak said he did not quit over his issues with the strategy because it would have been irresponsible.

He said the government “shouldn’t have empowered the scientists in the way we did”.

“And you have to acknowledge trade-offs from the beginning. If we’d done all of that, we could be in a very different place.”

“We’d probably have made different decisions on things like schools, for example.”