Home » Rishi Sunak net worth: How much is Rishi Sunak worth? Chancellor’s wealth laid bare

Rishi Sunak urged not to 'hammer' businesses by Mullins

Chancellor Rishi Sunak will deliver his spring budget tomorrow, as the country edges ever closer to vaccinating everyone. Mr Sunak’s statement in Parliament tomorrow will outline how he intends to sustain the economy during Covid restrictions. He will also have to reveal aid he intends to provide for those struggling financially.

How much is Rishi Sunak worth?

Although millions of people in the UK are currently struggling financially, Rishi Sunak is not one of them.

The MP for Richmond has previously topped MP rich lists thanks to his affluent previous career as a banker.

Mr Sunak, 40, attained an MBA from Stanford University and took up a position as an investment banker with Goldman Sachs between 2001 and 2004. 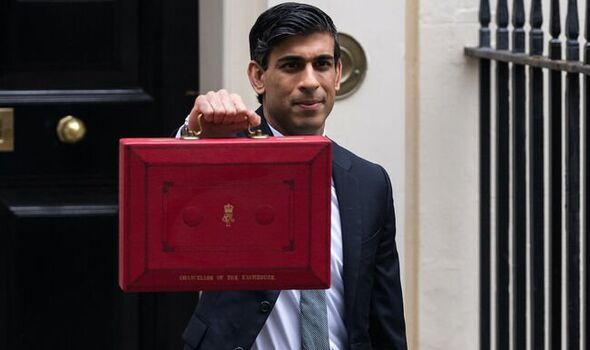 After dipping his toes in hedge fund management, he worked with firm Theleme Partners from 2010.

According to Politics Home, the firm had an initial fund of $700 million (£501 million).

He also worked as a director for Catamaran Ventures, a firm owned by his father-in-law Nagavara Ramarao Narayana Murthy.

He said in a statement to Business Standard: “I am very happy that Rishi has won convincingly in Richmond-Yorks with such a majority.

“He and Akshata (his wife) worked very hard, beat the pavement and communicated his merit, integrity and his vision for his constituency.”

But The Sun estimates he is worth more than ten times these salaries combined.

The publication alleged he has a total net worth of £200 million.

Much of this income is allegedly from an impressive property portfolio he holds with his wife.

She is equally wealthy thanks to her own investments, spiking the Sunak household balance.

Akshata Murthy has shares in her father’s firm Infosys worth £430 million.

Ms Murthy once worked in finance as well and runs a fashion label named Ashkata designs.

According to the Daily Mirror, she also has a 4.5 percent stake in Digme Fitness Limited.

An investigation from The Guardian found his wife’s family did not declare “multimillion-pound portfolio of shareholdings and directorships” required by the ministerial code.

According to a Government source, Helen MacNamara, former head of the Government’s propriety and ethics team, said she was satisfied with what Mr Sunak and his wife had presented.

Seeking contrast with Trump, Democrat Biden to give 'presidential' speech on coronavirus