Home » Politics » Rishi Sunak: ‘Ousting Boris was not a choice I took lightly’

The Tory leadership hopeful insisted resigning from the Cabinet was “not a decision [he] took lightly” and said he was proud of their joint achievements before their relationship soured. 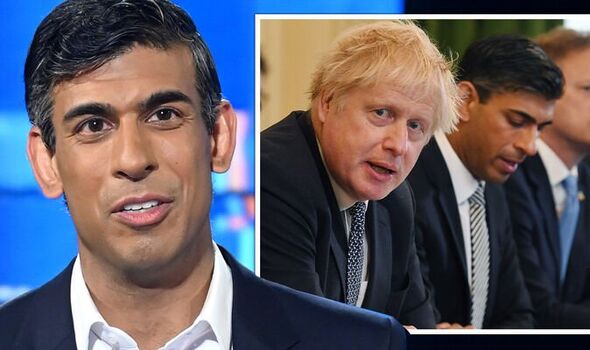 On LBC’s Tonight with Andrew Marr show, Mr Sunak was warned that many Tory members consider him a “backstabber” for his role in forcing the Prime Minister’s resignation.

Asked if he was sorry for his actions, Mr Sunak said: “I’ve worked closely with the Prime Minister for the last two and a bit years and I’m really proud of many of the things that we achieved during that time in government together.

“I’m sorry I had to resign. It wasn’t a decision that I took lightly.”

He said the scandal over the appointment of Chris Pincher as deputy chief whip despite allegations of sexual misconduct had felt like a breaking point. He added: “It got to a point where enough was enough for me personally.

“Everyone saw what happened with the Chris Pincher situation and also on the economy. You know, we were going in different directions.”

Turning on Ms Truss, he argued that her tax plans would fuel inflation, pushing up interest rates – which goes against a traditional Tory values of careful economic management.

“We’ve suffered a pandemic which drove our debt up to levels we hadn’t seen since World War Two,” he said.

“It is reasonable and right to get our borrowing and debt down over time. And we’re not going to do it overnight.

“But we’ve got to get ourselves on a trajectory to get it down.”

He also emphasised that his aim is to be “honest about the challenges that we face” which means “not promising things that can’t be delivered”.