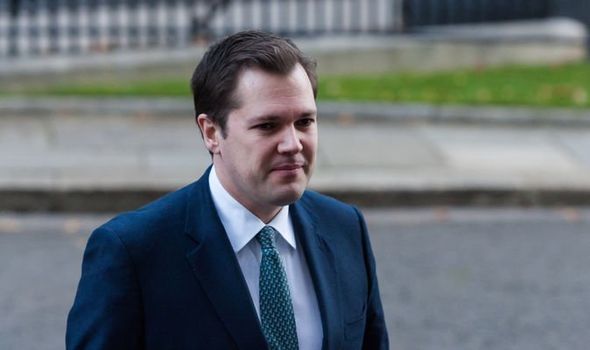 Mr Jenrick has written to Bristol University’s chancellor and vice-chancellor, calling on them to immediately set out how they will respond to the students’ concerns. He warns that failure to take action could result in the “most serious damage to the reputation of their university”.

Mr Jenrick’s intervention comes in the wake of comments made by Bristol professor David Miller.

The Jewish Chronicle last month claimed his treatment of Jewish students and Jewish student bodies “have made the environment close to intolerable for many of them”.

In an online meeting, Mr Miller’s comments included a call to “end Zionism as [a] functioning ideology”.

He also described Israel as a “settler colonial society” and claimed that it is attempting to “impose [its] will all over the world”.

The university says an investigation is ongoing.

But Mr Jenrick said: “It is increasingly apparent that some young Jewish people feel unsafe and unwelcome at Bristol University, due to their persistent failure to address serious accusations of anti-Semitism.

“This shames one of our most prominent universities, where racism and bigotry should have no place.”

In his letter, the MP says the “Government considers his [Prof Miller’s] views to be ill-founded and reprehensible, and wholeheartedly rejects them”.

He calls on the university to “set out publicly the disciplinary and other steps it is taking to show its commitment to creating a welcoming environment for Jewish students”.

Prof Miller did not respond to requests for comment. But the Support David Miller campaign defended his record, saying: “These hysterical claims have been manufactured by Israel lobby groups claiming to speak on behalf of all Jews.

“Those fanatical activists may be ‘uncomfortable’ but the cause of their discomfort is Professor Miller’s rigorous academic work exposing the important role played by parts of the Zionist movement in promoting Islamophobia.

“These are naked attempts to censor one of Britain’s leading sociologists at behest of a foreign regime.”

Lord Austin of Dudley, who resigned from the Labour Party in 2019 in protest at anti-Semitism, said: “Academics do have freedom of speech, including to criticise Israel.

“But Professor Miller does not have the right to attack Jewish students as being part of an Israel lobby group that makes Arab and Muslim students unsafe.

“His behaviour has resulted in Jewish students being subjected to weeks of harassment and abuse.

“It is a complete disgrace that Bristol has not dealt with this.”

A Bristol University spokeswoman said: “We strongly refute allegations of inaction and have previously explained that an investigation into David Miller’s comments is ongoing.

“The fact we are seeking to remain compliant with our obligations as a UK employer does not mean that we are not offering our students support.

“We have met with the Bristol Jewish Society and Union of Jewish Students on a number of occasions to offer such support and to address their concerns.”

A spokeswoman for the Union of Jewish Students said: “We reiterate our call for the university to suspend David Miller pending investigation.”