The Remainer candidate secured 37 votes in this evening’s MP vote, an increase of 18 since the first round. Frontrunner Boris Johnson only added 8 to his tally, although he is still 80 votes ahead of his nearest competitor. Mr Stewart was the rank outsider when he entered the race but has secured a groundswell of support due to his straight-talking and personable approach.

Tonight he will go head-to-head with other candidates to replace Prime Minister Theresa May – including, for the first time, Boris Johnson.

Mr Johnson has confirmed his status as the favourite to be the next prime minister with a commanding victory in the second round of voting in the Tory leadership race.

Former Brexit secretary Dominic Raab was eliminated from the race, while Home Secretary Sajid Javid survived by a single vote.

But there was another overwhelming victory for Mr Johnson, who secured 126 votes – 80 ahead of his nearest rival Jeremy Hunt on 46. 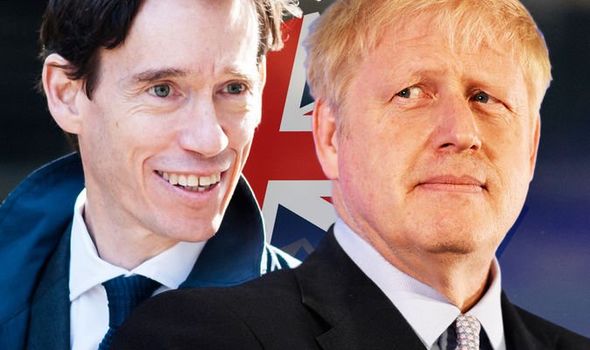 Michael Gove was in third place on 41 votes, while Rory Stewart was on 37.

Candidates needed 33 votes to remain in the race – the exact number picked up by Mr Javid.

Mr Raab’s hopes of replacing Theresa May in Downing Street were dashed after he secured just 30 votes.

The remaining candidates will take part in a BBC debate on Tuesday night before further votes on Wednesday and Thursday will whittle the field down to a final two.

With Mr Johnson appearing certain of a place in the final two, the contest has become a battle for the right to a spot alongside him in the ballot of 160,000 Tory members who will choose the next party leader and prime minister.

On Politics: House Divided on Impeachment