Home » Politics » Rutte told to quit as Dutch PM after censure by MPs ‘If I were him, I would not continue’

And the result not only weaken the long-serving leader, but emboldens those pushing for the Netherlands to following the UK’s example by quitting the EU with a so-called Nexit – with one suggesting the 54-year-old was “nothing more than a Merkel puppet”. MP have called for a new independent investigator to oversee preliminary talks into the formation of a new government following the March 17 election, in which Mr Rutte’s conservative VVD party took the most votes.

Mr Rutte, who since the nationwide poll has been acting as caretaker prime minister, survived a no-confidence vote and will be allowed to continue in that role as the coronavirus pandemic continues.

The investigator, who has not yet been named, will “see what possibilities there are to restore confidence,” said the motion filed by the D-66 and Christian Democrat parties, the most likely allies of the VVD Party in any future coalition.

The legislature narrowly failed to pass a no-confidence motion which would have forced Mr Rutte to resign.

Speaking after the vote, he said: “Parliament has given me a serious message and I will try my very best to win back confidence.” 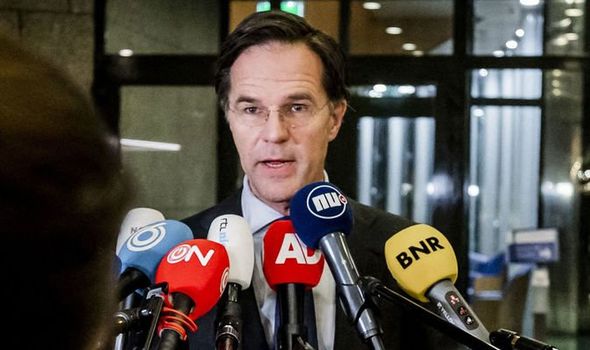 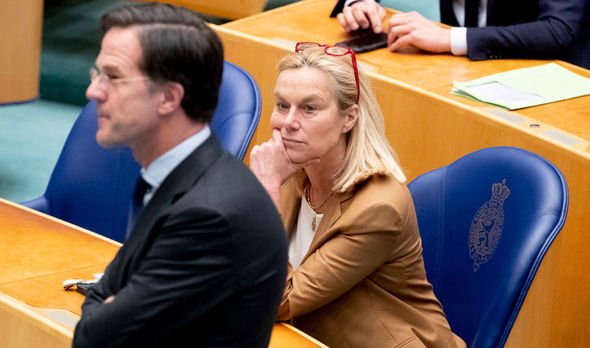 As a result, the formation of the new government has been delayed for several weeks, and there are no guarantees Mr Rutte will be able to command the respect needed to lead a fourth Cabinet.

D-66 leader Sigrid Kaag, who served as Minister for Foreign Trade and Development Cooperation in Mr Rutte’s third cabinet, and whose party took the second-highest number of votes in last month’s election, was sceptical.

She said: “If I were him, I would not continue.”

The crisis came to a head yesterday after Mr Rutte, 54, acknowledged having privately discussed what job should go to a prominent member of parliament who had been critical of his previous Cabinet. 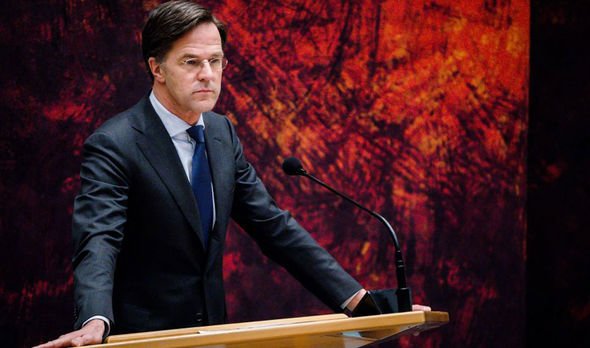 He had previously denied having done so – but notes from a meeting indicated otherwise.

Speaking in the House, he said: “The only thing I can do here is say from the bottom of my heart that I never lied.”

Mr Rutte, who has been in office since 2010, pointed to his record and said he hoped to continue leading the country. 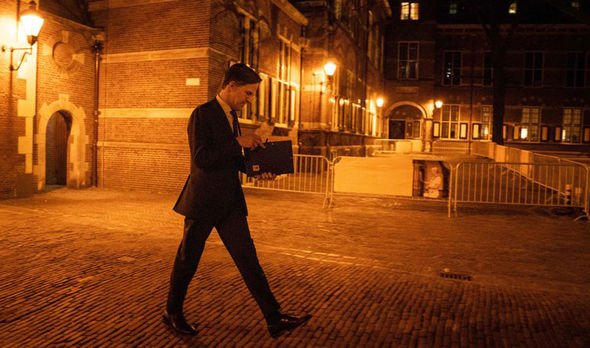 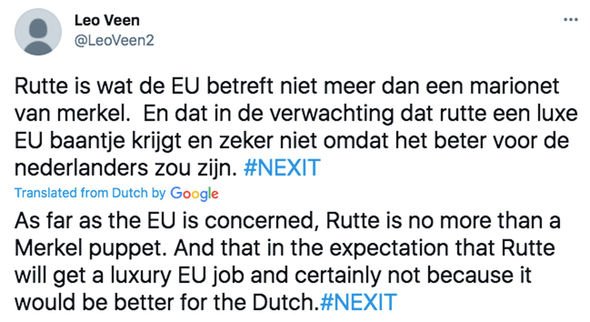 Talks on forming a new government were put on hold on March 25 when one of the chief negotiators unwittingly revealed a sensitive document to a news photographer.

She left it in view as she rushed out of parliament after learning that she had tested positive for COVID-19.

The document showed that negotiators were discussing a position “elsewhere” for popular MP Pieter Omtzigt, a prominent Christian Democrat who had criticised Mr Rutte’s previous Cabinet. 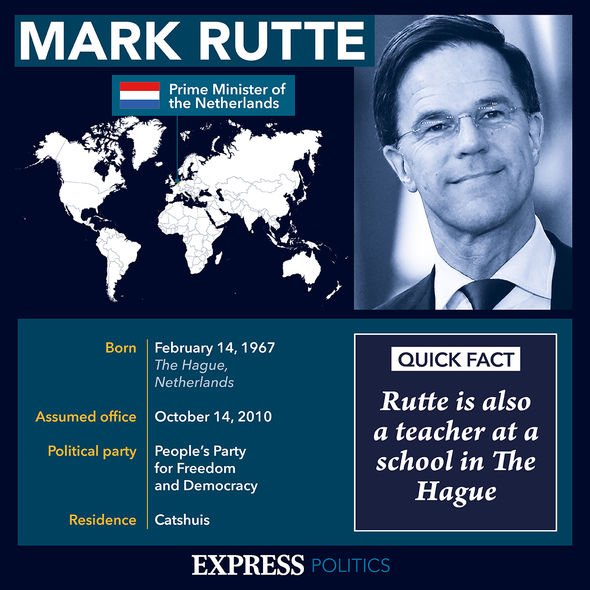 The cryptic “elsewhere” remark was interpreted as implying a role outside parliament or outside the Netherlands.

Mr Omtzigt, who was sworn in as a member of the House on Wednesday, said the implication he should be removed was “an affront to the Dutch voter”.

Posters to the #Nexit hashtag were quick to have their say on Mr Rutte’s plight. 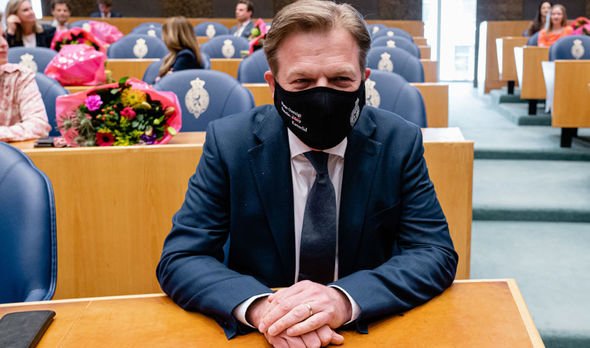 John Ruinard commented: “After the #Brexit and an alleged #Nexit, we are on the eve of #Rexit #Rutte #exit #ExitRutte.”

Leo Veen added: “As far as the EU is concerned, Rutte is no more than a Merkel puppet.

“And that in the expectation that Rutte will get a luxury EU job and certainly not because it would be better for the Dutch. #NEXIT”