WASHINGTON/ATLANTA (Reuters) – Americans experienced scattered delays at U.S. polling places in about a dozen states on Tuesday, largely in sites still using aging voting machines that were overwhelmed by a surge in voter turnout, according to officials and voter rights groups.

The U.S. Department of Homeland Security described the problems as “sparse,” and an official told reporters they did not seem to have been a significant impediment to voting.

At least one case, in Arizona, which is home to hotly contested races for the U.S. House of Representatives and Senate, triggered a lawsuit aimed at extending voting hours at polling places that opened late due to mechanical difficulties.

Some Georgia voters saw lines of hundreds of people waiting to cast ballots in an election that will determine control of both houses of Congress and three dozen governor’s seats. Georgians were picking their next governor following a tight, bitter race in the southern state.

Two senior legal experts who advise the Democratic Party told Reuters they were unaware of any serious hacking or electronic disruptions related to Tuesday’s midterm elections anywhere in the United States. But one of the experts said that lines at polling places in Georgia were long and disruptive.

Delays appeared to be most common in states with aging voting machines, said Lawrence Norden, deputy director of the Democracy Program at New York University’s Brennan Center for Justice.

He also noted that there seemed to be fewer complaints of faulty voting equipment compared with the last U.S. congressional midterm elections in 2014 in states that have updated their machines, such as Virginia. Norden emphasized that his observation was based on anecdotal reports.

Broken voting machines were reported in at least 12 states on Tuesday, according to an “election protection” coalition of more than 100 groups that set up a national hotline for reporting irregularities. 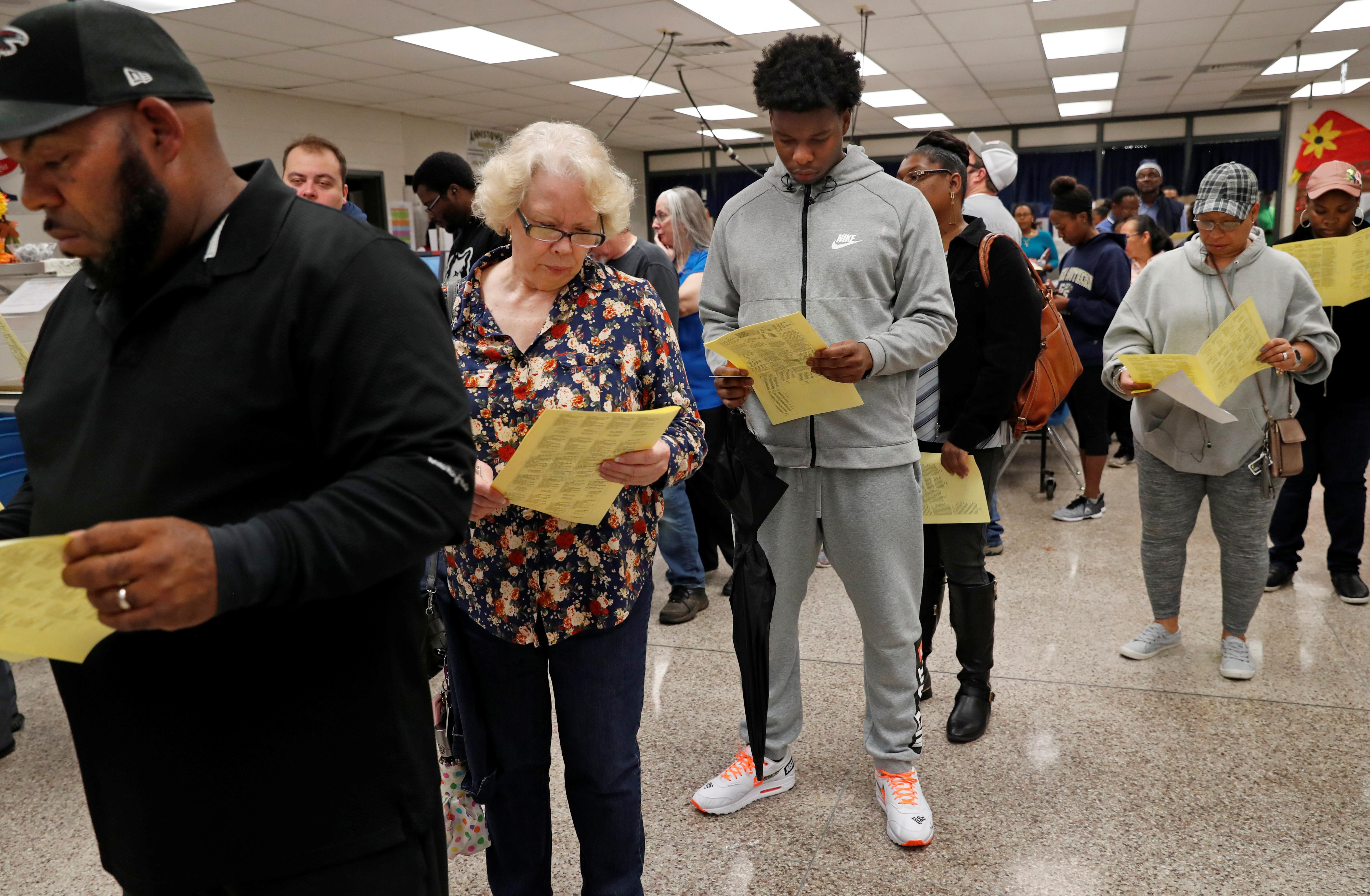 A civil rights group on Tuesday sued the county government in an effort to extend voting by two hours at polling locations that experienced delays. Polls in the state were scheduled to close at 9 p.m. ET (0200 GMT Wednesday).

The technological glitches and printing problems affected 50 polling locations in Arizona’s largest county, according to the Lawyers’ Committee for Civil Rights Under Law, which filed the lawsuit in state court in Arizona.

In Georgia, the state sent investigators to look into problems with digital poll books, said state spokeswoman Candice Broce. Some voters were given provisional ballots instead of using regular voting machines, she said.

Postal worker Shirley Thorn, 56, said technical problems caused her to wait more than four hours at a polling station in Snellville, Georgia, to cast her ballot.

“I was determined I was going to cast my ballot today because it’s a very important election,” Thorn said.

Civil rights groups have already been locked in litigation with several states over voting restrictions that were passed in the lead-up to Tuesday’s election.

North Dakota introduced a voter ID requirement that Native Americans say discriminates against them; Kansas and Georgia moved polling locations, and changes in Tennessee registration laws led to people being removed from the voting lists.

Advocacy groups said the changes stack the deck against minority voters who are likely to support Democratic candidates. 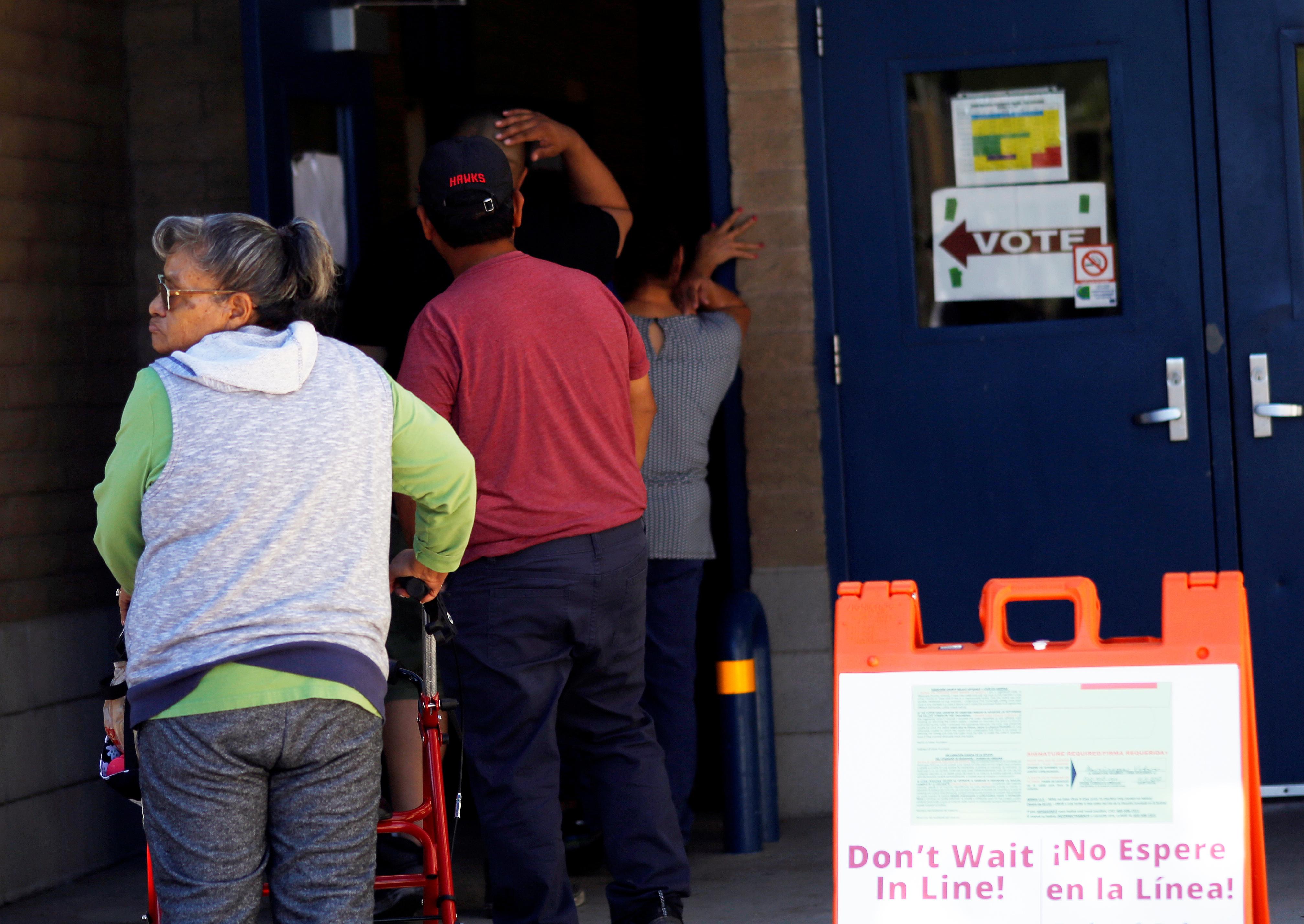 Each of those hotly contested states’ top election officials have said the changes were made to protect against voter fraud and accommodate budgetary constraints, not to suppress voting.

Independent studies have found that voter fraud is extremely rare in the United States.