The votes were the start of an effort by Democrats to confirm liberals and people of color to the federal courts after Donald J. Trump moved aggressively to install conservative white men. 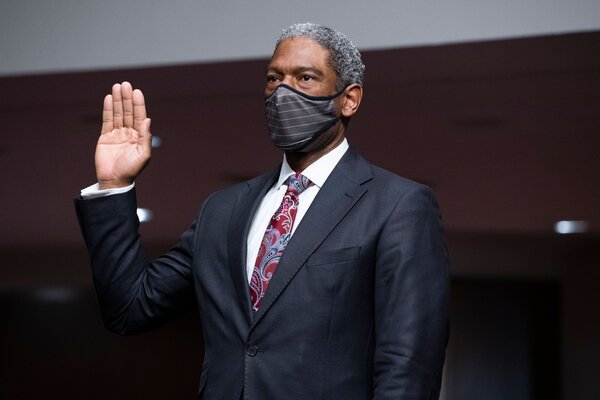 WASHINGTON — The Senate confirmed President Biden’s first two judicial nominees on Tuesday with modest Republican support, touching off a liberal sprint to fill scores of federal vacancies, aimed at ideologically rebalancing and diversifying the courts after the Trump era.

In a lopsided 66-to-33 vote, the chamber approved Julien Xavier Neals to serve as a district court judge in New Jersey, where a spate of vacancies has contributed to a significant backlog of cases.

A few hours later, senators voted 72 to 28 to confirm Regina Rodriguez as the first Asian American judge to serve on the Federal District Court bench in Colorado.

“This is the first, certainly not the last — not even close,” Senator Chuck Schumer, Democrat of New York and the majority leader, boasted between the votes. “We’re going to be able to restore a lot of balance to the courts because there are a lot of vacancies we are going to fill.”

Democrats plan to move as soon as this week to confirm Mr. Biden’s first appeals court pick, Ketanji Brown Jackson, to serve on the powerful District of Columbia Circuit. They have roughly a dozen other nominees already winding their way through the approval process, with more than 100 vacancies expected to be open on the federal bench in the coming months.