WASHINGTON (Reuters) – The U.S. Senate is poised on Thursday to confirm President Donald Trump’s candidate, a former coal lobbyist, to lead the nation’s top environmental regulator, a nomination that has infuriated conservation groups and Democrats. 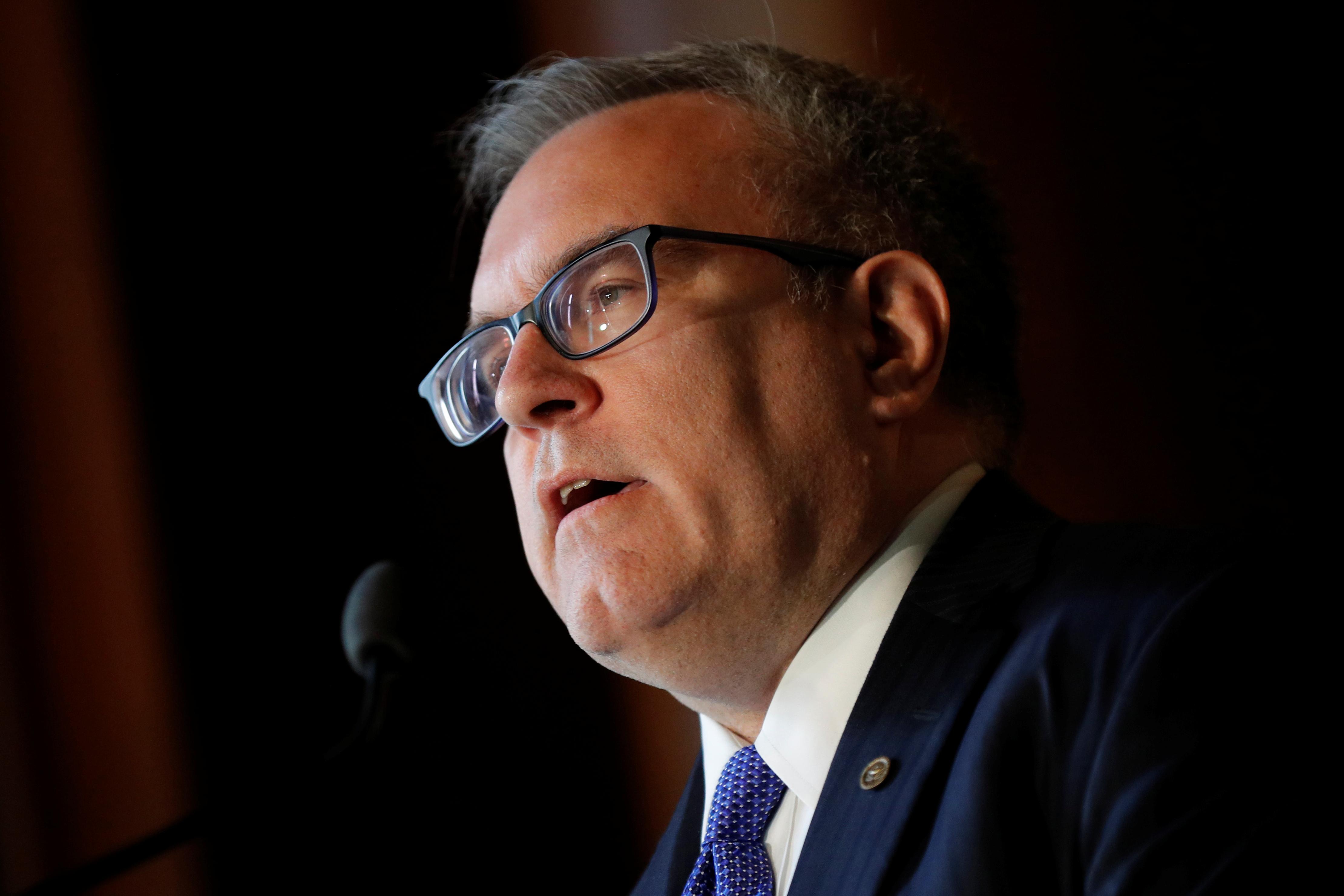 Environmental Protection Agency acting Administrator Andrew Wheeler, a Washington insider with years of experience working as a congressional staffer, was nominated by Trump in January to permanently replace Scott Pruitt, who resigned in July after widespread criticism for alleged ethical missteps.

Wheeler’s nomination has cheered business interests eager to see reduced regulation, but upset Democrats and conservation groups worried that environmental rollbacks under the Trump administration are going too far.

Despite the majority that Trump’s fellow Republicans hold in the Senate, his confirmation process was not without complications.

Susan Collins, a moderate Republican senator from Maine, has said she would oppose Wheeler’s nomination, arguing his efforts to roll back standards on emissions blamed for climate change took the country in the wrong direction.

Wheeler also faced a brief pushback from five Republican senators from oil states over what they perceive as his support of policies favorable to the ethanol industry. The corn and oil industries have conflicting interests.

While running the EPA on an interim basis, Wheeler oversaw the weakening of Obama-era rules limiting carbon and mercury emissions from power plants and standards on carbon dioxide emissions from cars and trucks. He has also advanced an initiative to lift a summertime ban on higher ethanol blends of gasoline that was enacted to curb smog.

“Andrew Wheeler should not lead EPA,” Democratic Senator Tom Udall said. “Throughout his career, he’s advocated for measures that pollute our air and water, hurt public health, and will do long-term economic damage. And his record on climate change is simply disqualifying,” he said.

Like Pruitt, Wheeler held nearly 20 times more meetings with industry representatives than with conservationists during his first two months on the job, according to a copy of his schedule reviewed by Reuters.

During his confirmation hearing in January, he said he did not believe climate change was a major crisis – a stance that resonates with Trump’s skepticism but which clashes with the scientific consensus that global warming will have devastating consequences if not addressed urgently.