WASHINGTON (Reuters) – The U.S. Senate will take up a revised criminal justice bill this month, U.S. Senate Majority Leader Mitch McConnell said on the Senate floor on Tuesday, reversing his previous resistance to acting on the measure. 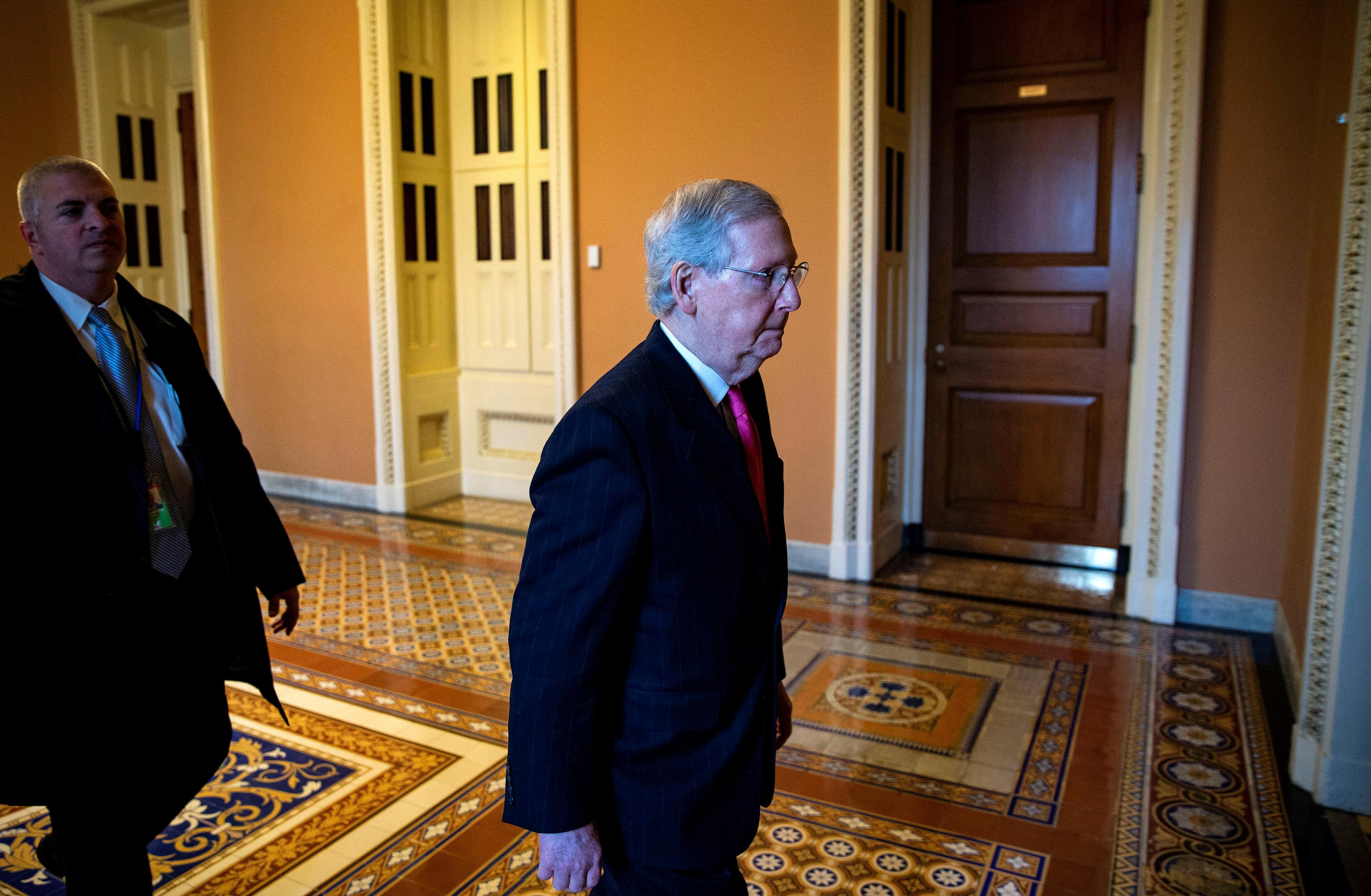 McConnell had declined to bring up the bill until now, despite broad bipartisan support and backing by President Donald Trump. The proposed overhaul of America’s prison policies and criminal sentencing standards was reworked on Monday as supporters sought to pass it before the end of the year.

“At the request of the president, and following improvements to the legislation that have been secured by several members, the Senate will take up the recently revised criminal justice bill this month,” McConnell said.

“I intend to turn to the new text as early as the end of this week,” said McConnell.

Still, speaking to reporters later, McConnell reserved judgment on whether he would vote for it, saying he would “decide, based on what the bill looks like at the end whether to support it.”

“I’m still looking at it. It’s going to have some amendments,” he said.

The lame-duck session of Congress ends later this month. Backers of the bill fear delaying it until next year could give opponents more time to pick it apart.

Entitled the First Step Act, the bill would make it easier for deserving inmates to be released from prison into halfway houses or home confinement, create programs to reduce recidivism, and prevent first-time non-violent offenders from facing harsh mandatory minimum sentences.

Trump on Tuesday praised the legislation in the Oval Office before a testy exchange with Democratic leaders about border security and government funding. The bill “looks like it’s going to be passing, hopefully, famous last words, on a very bipartisan way,” Trump said. “It’s really something we’re all very proud of.”

The measure had stalled amid opposition from hard-right Republicans such as Senator Tom Cotton, as well as the National Sheriffs’ Association, which complained it could let “thousands of criminals out” of prison.

But changes that were made Monday included one that scales back discretion that judges have to sentence felons with criminal histories beneath mandatory minimums, one source said. Cotton said Monday evening that he is still opposed.

Senator Ted Cruz, a conservative Republican, said he became a supporter after the bill’s sponsors accepted his amendment to exclude violent criminals from the proposed reforms. “My concern has always been that we should not be releasing violent criminals,” Cruz told reporters Tuesday in the Capitol.

Cruz said he had worked closely with Trump’s son-in-law Jared Kushner, a promoter of the legislation. “I think Jared is sincere and passionate that this reform will make the criminal justice system more just. I agree with him on that,” Cruz said.

In the House, Democratic whip Steny Hoyer told reporters Tuesday he thought the revised Senate bill would pass both chambers. “I presume it will pass, I presume as well that we will be able to approve it next week,” Hoyer said.