WASHINGTON (Reuters) – Senate Republican leader Mitch McConnell said on Tuesday he would “probably” block a renewed effort to bring to a vote a bill to protect Special Counsel Robert Mueller’s investigation of Russian meddling in the 2016 U.S. presidential election. 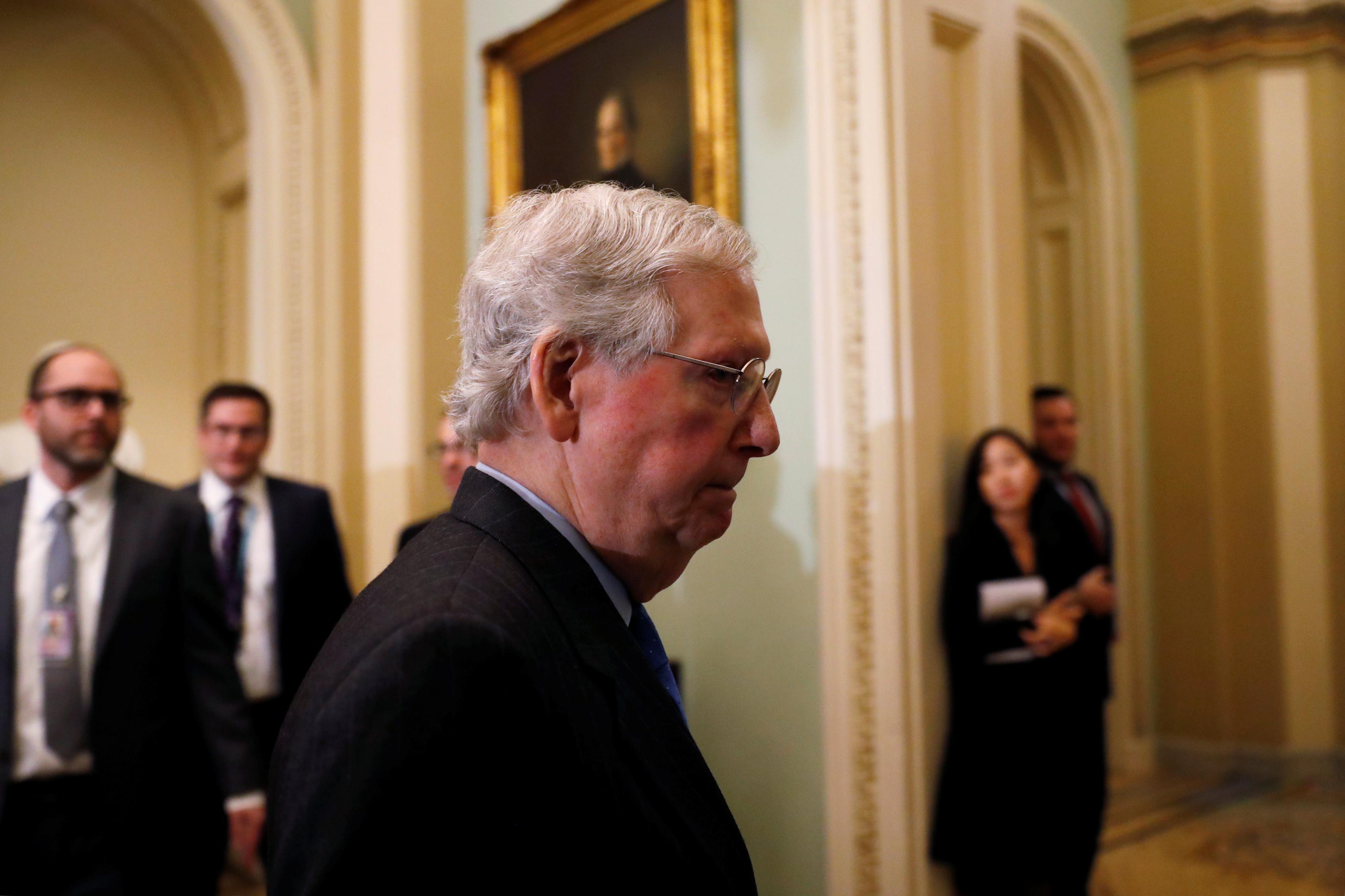 The bill, known as the Special Counsel Independence and Integrity Act, would make it harder for President Donald Trump to undermine the investigation, which he has called a witch hunt. The measure has already been approved at the committee level with bipartisan support.

“I probably would” object to bringing up the bill, McConnell told reporters at the U.S. Capitol, calling a bipartisan effort to force such a vote “a solution in search of a problem” as Trump renewed his Twitter attacks on Mueller and his long-running inquiry.

McConnell reiterated that Mueller should be allowed to finish his probe, which is also looking into possible collusion between Moscow and the Trump campaign and obstruction of justice. But he said he did not think Trump would try to fire Mueller, adding that lawmakers “have a lot of things to do to try to finish up this year without taking votes on things that are completely irrelevant to outcomes.”

Moscow denies interfering in the 2016 election, and Trump has denied any collusion occurred.

The president blasted Mueller again on Tuesday on Twitter, calling him a “conflicted prosecutor gone rogue” and accusing him of doing “TREMENDOUS damage” to the criminal justice system.

Noting the attack, Senator Jeff Flake, a Republican who is retiring from Congress, and Senate Democrats Chris Coons and Cory Booker said on Tuesday they would again seek to bring up the legislation for a vote on Wednesday.

Flake tried the same step earlier this month, and McConnell stopped the bill from advancing. Flake responded by saying he would try to block judicial nominations pending in the Senate until McConnell lets the Mueller bill go to a floor vote.

Before McConnell spoke on Tuesday, No. 2 Senate Republican John Cornyn told reporters that Republican leaders were trying to gauge support for the Mueller bill. He suggested it could be brought up for a vote to try to end Flake’s tactics.

Cornyn added that he opposed the bill, believing it to be unconstitutional. Some Democrats want to put language protecting the Mueller investigation into a spending bill to fund the government that must pass by Dec. 7.