Former Sky News political editor discussed the Prime Minister meeting with the Queen today to discuss his position in Government. Mr Boulton discussed Mr Johnson resigning as Prime Minister and stated that he said he’s going but hasn’t gone yet. Mr Johnson has now given his resignation speech outside Number 10 Downing Street. The Queen has cut her stay at Sandringham short, in order to be able to meet with Mr Johnson as she will play a key role in the new appointment of a Prime Minister. 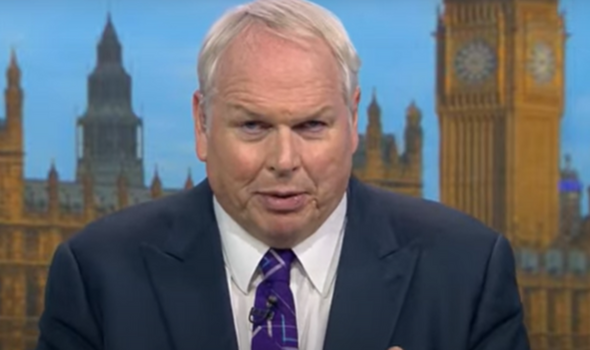 Mr Boulton told Sky News: “On those press releases we get from Downing Street when their ministerial changes.

“It says that the Queen has been pleased to point so and so in this particular role.

“Well, the Queens got to decide whether this is just fantasy Cabinets now being played by Boris Johnson or whether it’s something that she should endorse.

“Particularly since he says he’s going but he hasn’t gone yet.

“So he’s just creating more and more chaos and mess against the national interest.”