SNP 'would be terrified' of independent Scotland says Waiton

As the SNP conference begins in Aberdeen, the party’s deputy Westminster Leader has suggested the Scottish Government will continue to push for independence even if the Supreme Court case rules against a referendum mandate. Kirsten Oswald slammed Westminster for blocking SNP attempts to call a second independence referendum and suggested the next general election should be treated as a vote on Scottish independence. Ms Oswald claimed the election of the SNP, a strictly pro-independence party, should be considered a mandate for another referendum. 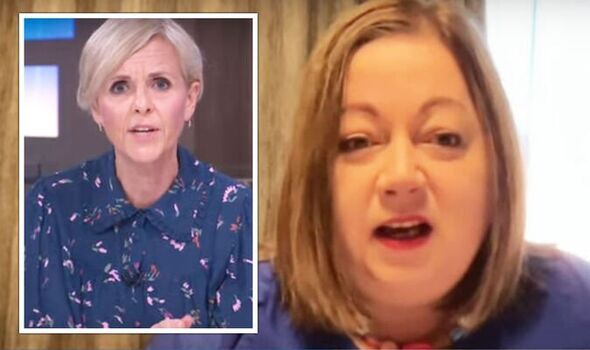 Speaking to Sky News, the SNP Westminster Deputy said: “Liz Truss has said that she doesn’t want us to have a referendum.

“It is not up to Liz Truss, it is not up to any Government at Westminster, or anyone else for that matter, to stand in the way of what has been a key part of the platform that the Scottish government has been elected on.”

The Sky News host interjected to ask: “Liz Truss has said that she doesn’t want that to go ahead, so would you call the next general election effectively an election about independence solely?”

Ms Oswald replied: “Nicola Sturgeon has been very clear on that. Absolutely, if the supreme court does not rule in the way that I would hope it would and if there isn’t a break of common sense in the UK government, then yes – that is absolutely a road we should travel down.”