However, critics fear the Hate Crime and Public Order Bill, which centres around plans for a new offence of “stirring up hatred”, will severely impact freedom of expression for Scots.

It means that conversations over the dinner table that incite hatred could be prosecuted while actors and playwrights could become criminally liable for what they say during plays.

Scottish PEN representing writers, playwrights groups and the Humanist Society of Scotland are among those who have also have raised concerns about the new law, along with Mr Bean star Rowan Atkinson.

During a heated debate on the Bill in Holyrood on Wednesday, the Tories lodged an amendment in the bill to create a “dwelling defence” which would not criminalise discussions that take place in someone’s homes.

Liam Kerr MSP, who lodged the amendment, said the protection will ensure “families have the right to a private life.” 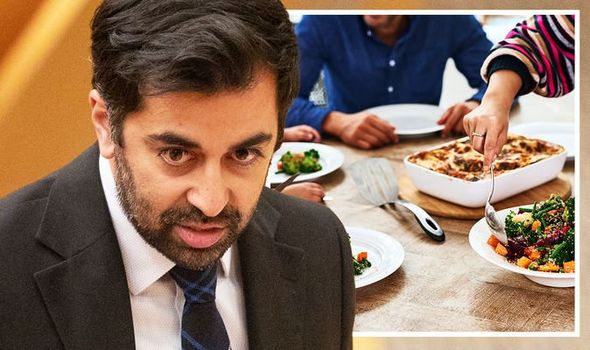 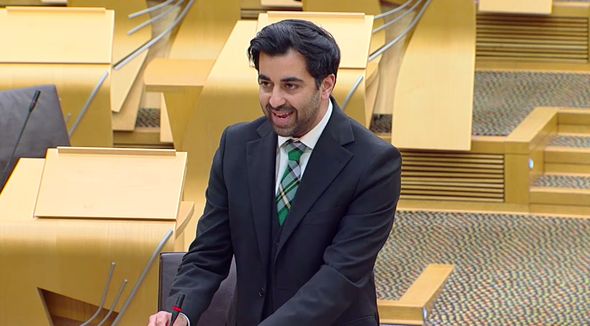 Mr Kerr stressed a dwelling defence was needed because comments said in homes could be repeated by children of parents.

But Mr Kerr’s amendment for the dwelling defence was voted down by MSPs.

Tory MSP Adam Tomkins, who leads Holyrood’s Justice Committee said: “It’s been clear for a long time that it [the legislation] is going to pass. “

Speaking in Holyrood on the dwelling defence, he continued: “We all need a safe space where we can let off steam, the right to respect for private and family life and for home is a fundamental human right.”

Mr Tomkins claimed that you didn’t need to be a “lawyer to understand that in order to commit a public order offence there needs to be a public element to what you do.” 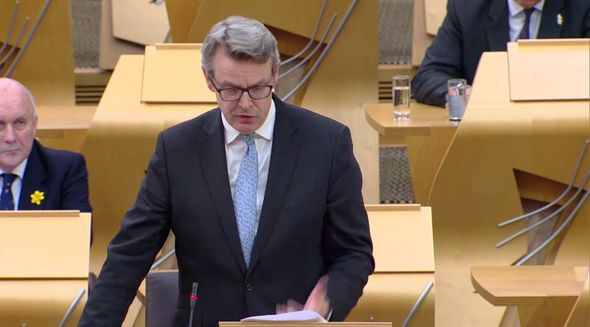 He continued: “You cannot commit riot in private and nor should you be able to be convicted of stirring up hatred if what you have done occurred wholly in private, and if there was no public element to it.”

Citing an example where someone in the home could be prosecuted, he said: “Imagine I have a family gathering, a Friday night supper, at which my unreconstructed and somewhat embarrassing elderly uncle makes disparaging remarks about a same-sex couple, and my somewhat over-sensitive 15-year-old daughter, offended at what she has heard, tells her best friend about what has been discussed around my family dinner time.

“Her friends’ father is a police officer and the next thing we know there is a knock at the door and my elderly uncle is under criminal investigation.”

But defending the legalisation, Scottish Justice Secretary Humza Yousaf said in the Scottish Parliament: “We must remember why this Bill is so necessary, every day in Scotland there are an estimated 18 hate crimes committed.

“The effects of these crimes are felt deeply by those targeted and this prejudice has a pernicious effect on the health of a society and its communities.

“Not only that, the toll hate crime takes on its victims and their families, is immense.”

In a further statement, he added that the level of parliamentary scrutiny has “shown Holyrood at its best – collaborative, diverse and determined Parliament which we should all be proud of”.

Justice Secretary Humza Yousaf and Justice Committee convener Adam Tomkins also proposed amendments to the legislation which were both unanimously backed by MSPs.

Mr Yousaf’s amendment further protects the grounds of religion – adding that “antipathy, dislike, ridicule or insult” of religions or those who hold religious beliefs also does not by itself constitute threatening or abusive behaviour.

Jim Sillars, former Deputy Leader of the SNP, also took aim at the legislation, adding: “We shall, if this Bill passes, enter a new but darker Scotland where instead of our age-old rights to free thought and free speech, we must zip our mouths and ultimately close down the critical faculties that come with our minds.”

After the debate, Mr Kerr said: “We remain opposed to the SNP’s Hate Crime Bill because it is a serious threat to freedom of speech.

“In particular, it risks what people can say in their own home, at their own dinner table.

“That is an unacceptable and outrageous overstepping of the mark.

“We agree that hate crime should be tackled forcefully but threatening our fundamental right to free speech is too heavy a price to pay.

“The SNP got this bill so badly wrong from the outset that, despite being forced to overhaul it several times, it remains seriously flawed on a fundamental point of principle.”

The final debate on the Bill, which was due on Wednesday, was eventually scrapped due to the length of time taken to vote on amendments, with the Presiding Officer expecting the final decision on changes to the Bill to be taken at around 9pm.