Scotland ‘should be thankful’ for UK vaccine rollout says Tice

Nicola Sturgeon told the EU to “keep a light on for Scotland” when Britain formally quit EU rules and regulations on January 1st this year. However, the SNP’s plans for an independent Scotland inside the EU are in tatters amid Brussels’ own crisis in rolling out its coronavirus vaccines. Reform UK chairman Richard Tice questioned whether Ms Sturgeon had “expressed her thanks and admiration” to the union of the UK as well as “to the team at Oxford and AstraZeneca”.

He said: “If ever there was an example, albeit a tragic example, of the failings of a bungling bureaucracy in Brussels who have completely let down hundreds of millions of citizens across the EU.

“Within 12 months Brexit is doing something that we never had the gall to suggest; it’s literally saving lives.” 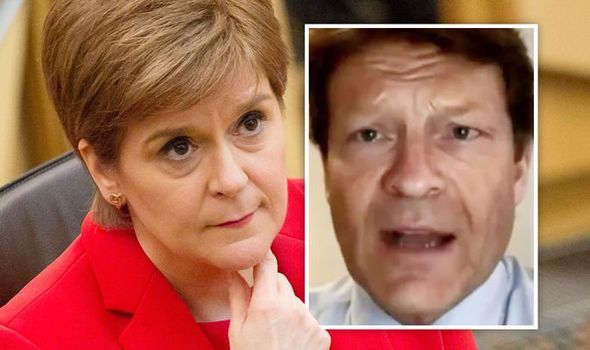 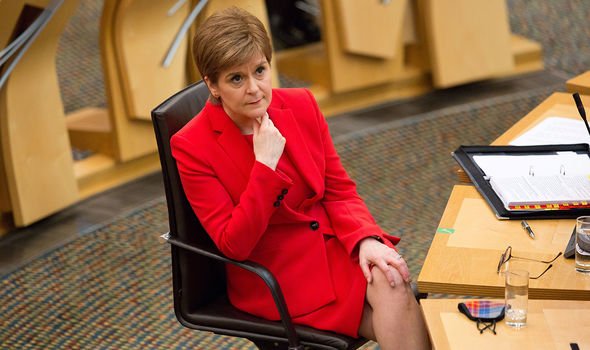 He continued: “We have our own regulator approving our own vaccines.

“I think it’s a bit rich for unelected commissioners, that no-one has ever heard of, pontificating from Brussels that we, the British, have got to stop our vaccination programme and send them lots of our vaccines when they haven’t even approved it!

“It’s quite extraordinary. It’s almost like a bullying tactic.

“One of the benefits of the Union of the United Kingdom, and therefore one our Scottish friends are enjoying, is the vaccine being injected into our arms at pace, thanks to the wonders of a British vaccine that is being manufactured here in the UK. 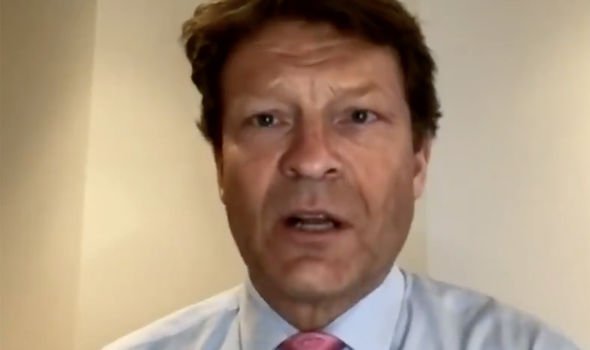 “Maybe I missed it, but I haven’t heard the lovely Nicola expressing her thanks and admiration for the team at Oxford and AstraZeneca.”

Mr Tice said joining the EU would not be a “hugely popular option” given the ongoing chaos in the vaccination rollout.

Conservative MP Peter Bone criticised Ms Sturgeon earlier this week for laying out plans for independence at a time when the UK rolling out a hugely successfully vaccination programme.

He said: “I would have thought she would praise the success of the UK because Scotland shares in that.

“If she was in the EU and not part of the UK she would still be waiting for her vaccines. Get behind the UK government and stop playing petty politics!” 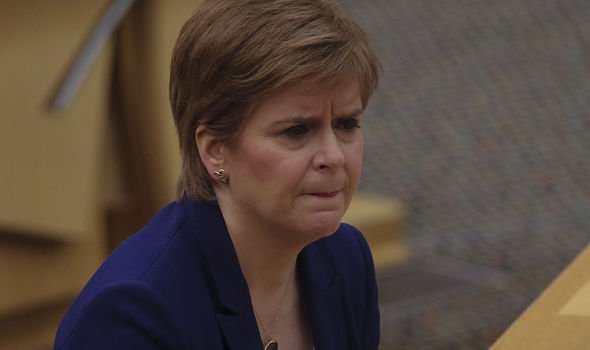 Former Tory Party leader Iain Duncan Smith said the Scottish First Minister “should for once in her life thank the UK Government, for having vaccines so people in Scotland have a better chance of surviving coronavirus than if it was stuck in the EU, which is her dream”.

This comes as Ms Sturgeon pledged to reveal the existing vaccine supply arrangements against the wishes of Whitehall and No10.

Earlier this month, the SNP announced plans to try to legislate for a second independence referendum even if the UK government continues to refuse to approve such a vote.

Michael Russell, Scotland’s constitution secretary, said a bill to hold a vote on ending the union with the UK would be introduced to the Scottish Parliament if May’s elections resulted in a pro-independence majority.