The campaign limps on yet and almost unbelievably after a week we still don’t know who is going to be facing Boris Johnson in the final round.

“Pity the poor person who trumps around the country [alongside Mr Johnson],” said one Tory MP, phlegmatically.

The chance to be in second place, and with it a punishing schedule of hustings and TV debates, is within reach for both Michael Gove and Jeremy Hunt.

Some supporters of both were suggesting that the MPs who had been backing Rory Stewart could divide 50-50 on Wednesday.

They also think that Sajid Javid, who is more likely than not to be ousted on Thursday, will see his support divide equally between Mr Hunt and Mr Gove.

With just three votes between them after the third round, tiny shifts overnight will make all the difference.

On Wednesday night, Hunt supporter Amber Rudd hosted a One Nation dinner, aiming to hoover up as much of the Stewart vote as possible.

“In fact many of the Stewart camp have turned off their phone or put on ‘do not disturb’ and it’s not clear when the best time might be to reach them,” said another.

Last night some of Mr Stewart’s supporters were sore at what they saw as dirty tricks by the Johnson campaign.

There were suggestions that Mr Johnson’s team had “lent” votes to Mr Stewart on Tuesday to ensure Dominic Raab, the hard Brexit supporting contender, got kicked out of the contest, only to withdraw them on Wednesday.

In truth, some MPs were unenthusiastic about the prospect of a wounding month-long squabble between Mr Stewart and Mr Johnson as they traipsed around the country.

There was a sustained “stop Rory” campaign by rival campaigns, with some arguing that since universal suffrage over a century ago, Britain has not had a PM who was not previously either opposition leader or without the experience of a great office of state.

Mr Gove who has not held the Home Office, Foreign Office or been Chancellor, may worry this argument is coming his way soon. 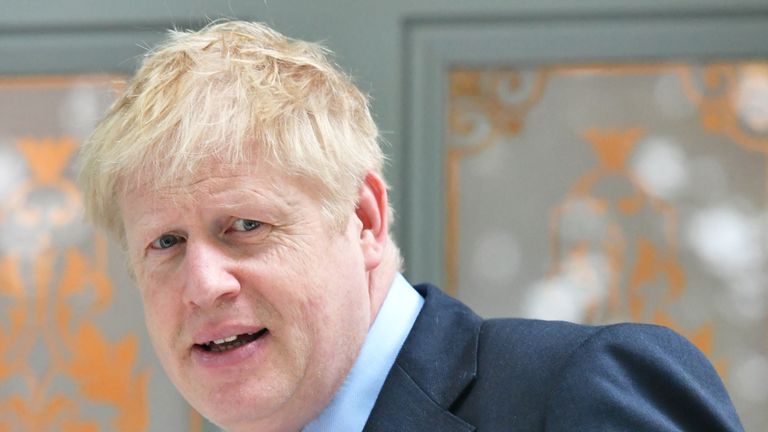 It has all come down to closing pitches. Mr Gove is the only Brexiteer left of the potential challengers to Mr Johnson.

His strength is his ministerial record and claim that he can embarrass Jeremy Corbyn at the dispatch box, but some might fear that he does not have the ability to hold back and the 2016 grudge match likely to ensue could damage Mr Johnson unnecessarily.

Mr Hunt is also pitching as a social reformer and grown-up, explicitly promising a battle of ideas with Mr Johnson rather than a grudge match.

Even supporters however concede that Mr Hunt can be less than exciting at times, however, and the chance of him setting pulses racing is remote.

Many people will be just grateful that this bruising phase of the contest has drawn to a close. With allegations of threats, bullying and intimidation rife, it cannot be over too soon.

Germany: 'Europe United' must be answer to Trump's 'America First'

Kuenssberg and Peston shut down by Boris over Cummings’ probe – ‘People need to focus!’