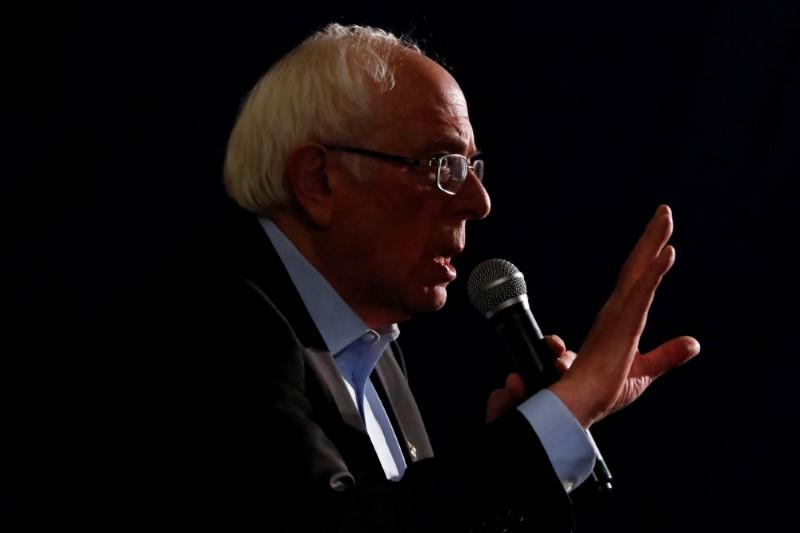 Sanders’ campaign was the first to reschedule events, announcing on Tuesday that progressive firebrand U.S. Representative Alexandria Ocasio-Cortez, known as AOC, would replace him at two rallies in the crucial early nominating state of Iowa while he serves as a juror during Trump’s trial in the Senate.

All four Democratic senators running for their party’s nomination to unseat the Republican president – including Michael Bennet of Colorado – must now divert from the campaign trail for six-day work weeks during the proceedings.

Each is trying to offset the wrinkle in their plans by deploying prominent supporters and scheduling intense weekend trips ahead of the Feb. 3 Iowa caucuses, where retail politicking helps motivate voters to go out on a frigid winter evening to stand up for a candidate.

“Some of you are upset because you should be in Iowa now,” Trump’s White House lawyer, Pat Cipollone, said during his opening remarks in the Senate on Tuesday.

Some Iowa political experts say Klobuchar, a Minnesota senator whose campaign received an unexpected boost over the holiday weekend when she and Massachusetts Senator Warren received endorsements from the New York Times, could suffer more than some others because she is less well-known.

“She has the most to lose by coming off the trail, and the most to gain by staying on it,” said Sue Dvorsky, a former Iowa Democratic Party chair.

Klobuchar on Tuesday announced a dozen events to be held by representatives in coming days in Iowa and New Hampshire, including “hot dish” dinners featuring casseroles and appearances by lawmakers or her daughter in the two states.

Klobuchar bristled at Cipollone’s remark that senators were upset at not being in Iowa, saying on Twitter that attending the trial was her constitutional duty.

“I can do two things at once,” her tweet declared.

The proceedings in the Republican-controlled Senate could take weeks, easily stretching into February.

Warren plans to appear at an event in Iowa on Sunday, when the impeachment trial will not be in session. She has scheduled a video appearance before a Las Vegas labor group on Saturday, as well as numerous events anchored by supporters including former U.S. Secretary of Housing and Urban Development Julian Castro, a former candidate who now endorses her.

Trump, a Republican, is charged by the Democratic-controlled House of Representatives with abusing the powers of his office when he asked Ukraine to investigate Democratic political rival, Joe Biden, and obstructing a congressional inquiry into his conduct.

Candidates who are not in the Senate – including former Vice President Biden and former South Bend, Indiana, Mayor Pete Buttigieg – will be able to continue to campaign as usual.

Buttigieg will hold five events across Iowa before he heads to Washington and South Carolina later in the week.

Biden and his wife Jill will participate in nine scheduled events in Iowa starting on Tuesday.