The UK dug in its heels over fishing in Brexit negotiations with the European Union this weekend, demanding an end to what George Eustice said was an unfair system of EU fishing in its waters as talks continue this week. But a separate row has been brewing between Edinburgh and Westminster over Scotland’s negotiation rights with the EU.

In the letter, seen by this publication, Mr Gove expressed “disappointment” at the contact Edinburgh had.

Mr Gove made clear the UK Government represented “the interests of people right across the country, including in Scotland, and is negotiating with the EU on a UK-wide basis”.

But speaking at the SNP Conference, Mr Russell, who is stepping down next year, continued: “I have another message for Michael Gove in response to his letter. 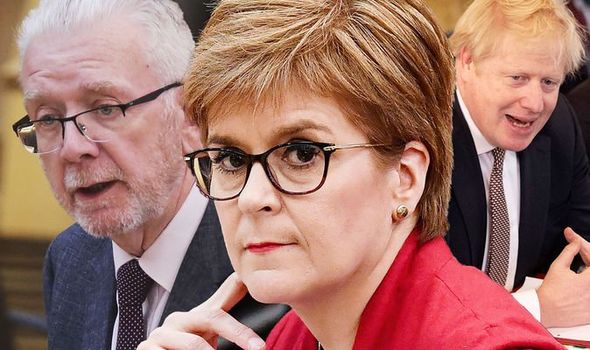 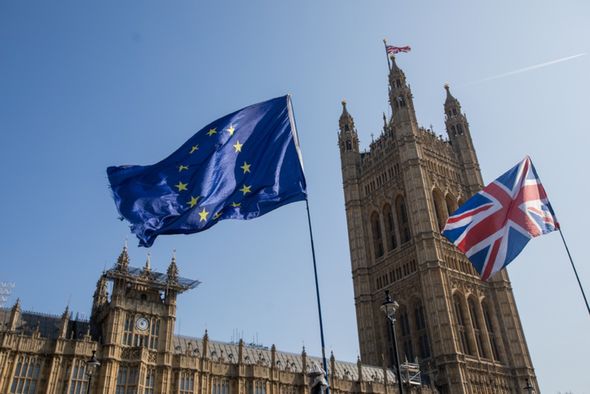 “Michael, be in no doubt that we will speak to whom we wish, whenever we wish, no matter your view of the matter, end of.”

The MSP and Scottish cabinet minister branded the claims from Mr Gove “nonsense” and hinted Scotland could go their own way in the future.

He said: “Michael Gove wrote to me last week to rebuke the Scottish Government for even daring to give voice to the opinions of Scotland in Brussels.

“Apparently when Nicola Sturgeon speaks to Michel Barnier, the whole of the UK negotiating position is put at risk.

“Well, I’m glad they realise how good she is but forgive me Nicola, that’s perhaps exaggerating even her abilities. 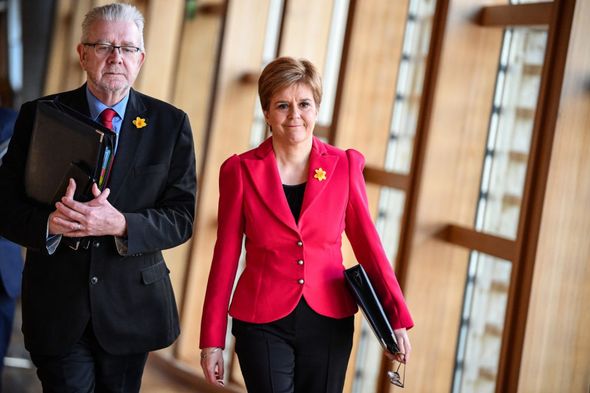 “So, I’m going to be writing back to Michael, I will tell him his letter his nonsense.

“He and his colleagues need to stop casting about for those to blame for their own incompetence and foolish nations.

“He and his colleagues need to look to themselves and take ownership of the disaster that is Brexit, and the threadbare crippling negotiating position that he and his friend have chosen for themselves.”

Mr Russell said it was “utter madness” to be undertaking Brexit in the midst of the Coronavirus pandemic and in the “depths of winter.”

At the same time, Elspeth MacDonald, chief executive of the Scottish Fishermen’s Federation claimed the EU had to “wake up and smell the fish” after its negotiators offered to give the UK fish “of which we now the legal owner”. 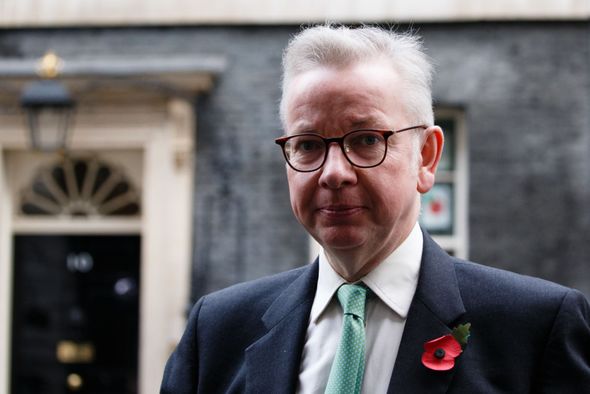 Express.co.uk understands Mr Barnier recently said the EU could accept a 15-18 percent cut in its share of fishing rights in UK waters, but British officials immediately rejected the offer.

Mr MacDonald added: “But maybe, just maybe, they now know their threats are hollow, that international law is not on their side and that they have most to lose.”

With time running short, the UK is urging Brussels to concede on fishing quotas so an agreement can be reached.

Without a deal, the UK will leave the single market and customs union on December 31, and trade under the World Trade Organisation (WTO) terms.

A Whitehall source close to the negotiations claimed Mr Russell’s comments were “rubbish” stressing: “The UK is negotiating with the EU and this position makes clear Scotland is trying to undermine that.”

Edinburgh remains concerned about the lack of progress on fisheries, a major economic sector in Scotland and have been holding regular talks with Brussels on fisheries and agricultural related matters.