Nicola Sturgeon’s own deputy leader John Swinney was forced into a humiliating retreat over the SNP’s independence plans. He refused to back Ian Blackford’s claims that Scottish voters “could face an independence referendum in late 2021”. Speaking to BBC Scotland, Mr Swinney refused to be drawn on a referendum timeframe amid a plunge in support for independence in the polls.

A new poll from Panelbase, for the Sunday Times, showed that only one quarter of Scots want an independence vote in the next twelve months in a huge blow to SNP ambitions.

The SNP’s Westminster leader said: “We have talked about a six-month period once the legislation is triggered which could be in June, so it could be the case we could face a referendum as early as late 2021.”

JUST IN: Andrew Neil shuts down BBC host as he exposes broadcaster’s bias 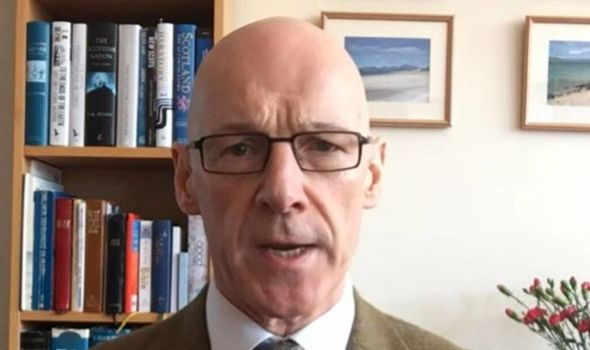 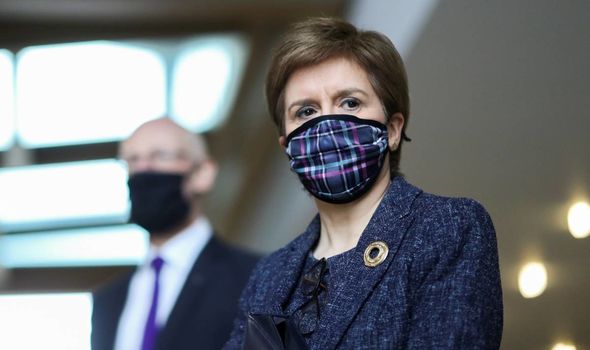 He said: “Boris Johnson will tell the Scottish Conservative Party this afternoon that they don’t have to worry, there won’t be an independence referendum for years and years and years, that he will block it.”

Mr Swinney responded: “Boris just has to reflect the aspiration of the Scottish people. We have seen countless polls that show Scotland wants to determine its future through an independence referendum.

“Crucially, the only vote that matters is the one that takes place on the 6th May, for the Scottish Parliament.

“We are working hard to make sure that Parliament has a majority SNP government and an ability to deliver an independence referendum.” 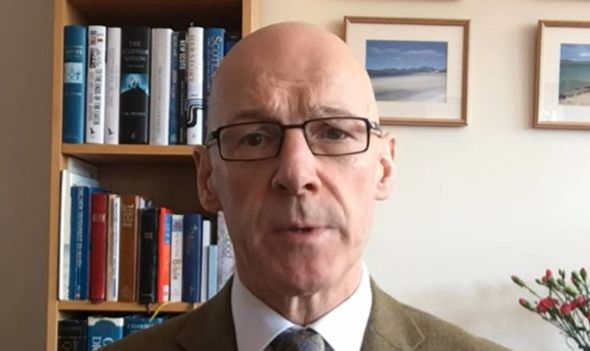 Mr Geissler followed this up: “Is Ian Blackford right, could we have it before the end of this year?”

“We will tackle the Covid pandemic with urgency and pace, but we need a large SNP vote and a large majority to make sure we can decide our own future.”

The BBC host hit back: “You are not being drawn on time frames, are you? Ian Blackford saying this year – not many others are.” 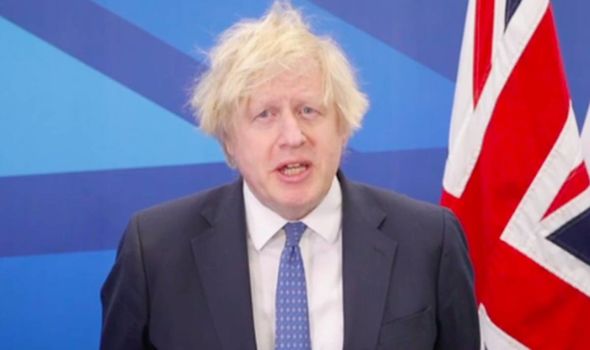 A poll by YouGov for The Times on Thursday saw support for independence drop to just 49 percent, with 51 percent now opposed.

The sudden and dramatic drop in polls follows more than 20 consecutive polls that showed support for independence was in the majority.