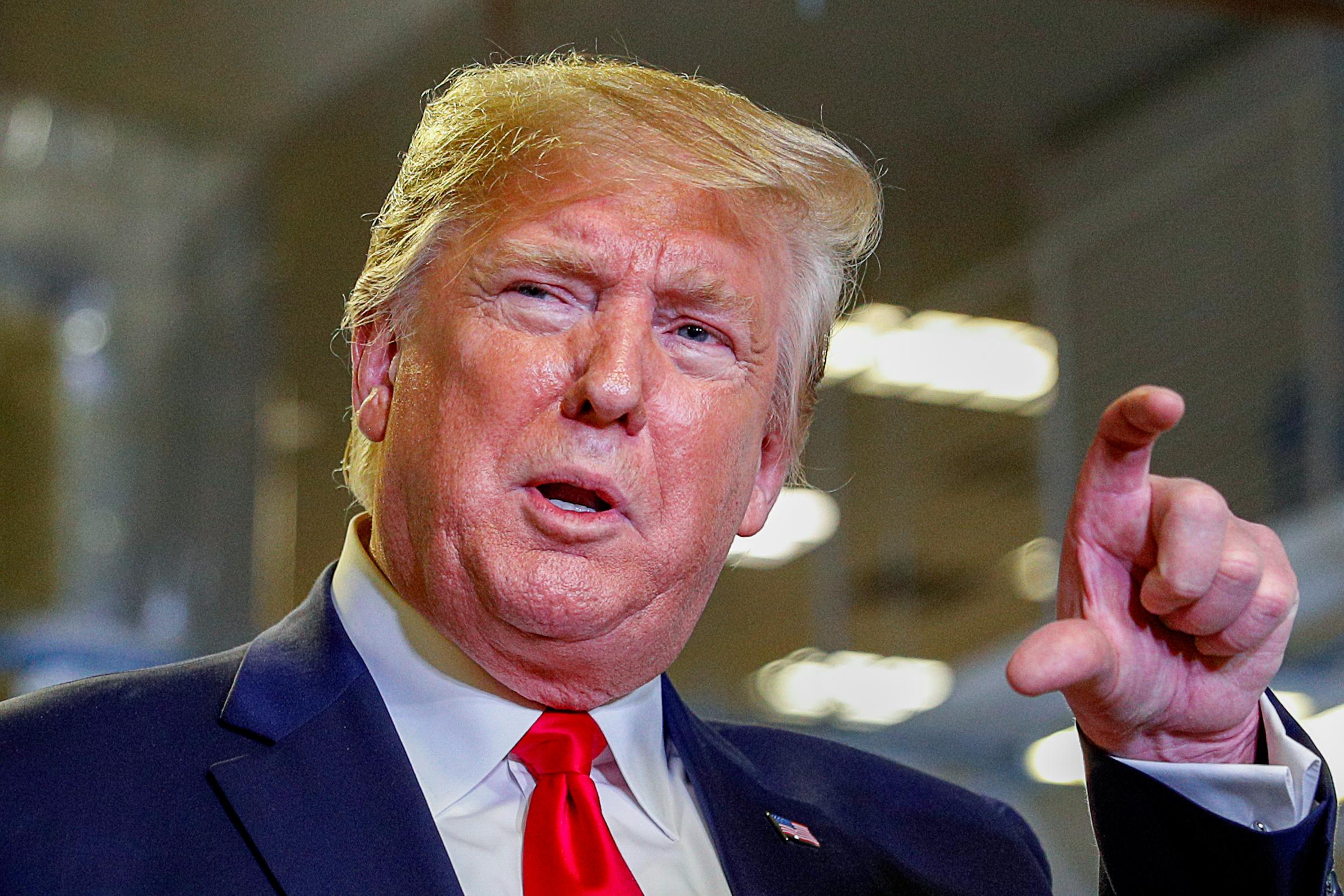 WHAT IS THIS ‘FICTIONAL NARRATIVE’?

Hill is referring to theories advanced by Trump and his supporters that Ukraine improperly influenced the 2016 U.S. presidential election to hurt his candidacy and boost his Democratic rival, Hillary Clinton.

The conspiracy theories, which have been widely debunked by U.S. officials and others, are at odds with the conclusion by U.S. intelligence agencies here and Special Counsel Robert Mueller here that Russia engaged in a massive hacking and propaganda campaign here to boost Trump and hurt Clinton. Supporters of the theories say they show Mueller’s investigation was launched on false pretenses.

“The unfortunate truth is that Russia was the foreign power that systematically attacked our democratic institutions in 2016,” Hill told lawmakers on Thursday.

The two theories are as follows:

That information, they say, helped spur an FBI investigation of Trump’s campaign that dogged the first year and a half of his presidency.

They argue that Ukrainians forged a record of millions of dollars in payments – known as the “black ledger” – to Manafort from the country’s Russia-friendly president, Viktor Yanukovich.

Manafort resigned here from Trump’s campaign soon after the payments were made public.

David Holmes, a staffer at the U.S. embassy in Kiev, told the Intelligence Committee on Thursday that he found the “black ledger” to be credible.

Manafort also admitted to taking at least $11 million from Yanukovich’s regime last year when he pleaded guilty here to money laundering, illegal lobbying and other charges. He is currently serving a 7-1/2 year prison sentence.

Attorney General William Barr has ordered a criminal investigation to examine whether the FBI probe into Russian meddling was actually a plot to stop Trump from becoming president.. Current and former law enforcement officials involved in the 2016 FBI investigation have criticized Barr’s review as politically motivated.

Multiple U.S. investigations have all concluded that Russia’s government was to blame for hacking here Democratic Party organizations and leaking stolen emails at politically opportune moments in 2016. Russia has denied involvement, although U.S. investigators even named the Russian officers who were sitting at the keyboard during the breaches.

But another view has taken hold in some right-wing websites. In that telling, the cybersecurity firm CrowdStrike, which the Democratic National Committee hired to investigate the hack, falsely accused Russia, and spirited the hacked email servers to Ukraine as part of a coverup.

Trump referenced that theory during a July 25 call with Ukrainian President Volodymyr Zelenskiy, mentioning CrowdStrike by name, and saying, “The server they say Ukraine has it.”

CrowdStrike said in a blog post that its finding of Russian involvement was supported by U.S. intelligence and that it never took possession of the hacked servers.

“It’s not only a conspiracy theory. It is completely debunked,” Trump’s former homeland security adviser, Tom Bossert, said on ABC in September.